This mung dal dish is as much a highlight of Diwali as it is of the formal ending of Muharram.

A few years ago I had read an essay titled "Composite Culture, Community and Identity: Interface with Social Change in India" in Composite Culture in a Multicultural Society by noted sociologist Yogendra Singh, in which he says that India is a "civilisation society". He goes on to say that, "The interaction between the institutional, cultural and social-structural elements through the evolution of a civilisation society in India has given birth to a cultural phenomenon, popularly known as 'composite culture', which is probably unique in history."

I was reminded of this while reading an eyewitness account of the anniversary celebrations of the coronation in the reign of the last two Mughal emperors. It described an event, which was so unique that I started asking questions on Twitter and Facebook as well as researching.

While many books describe the grand scale of celebration, Bazm-e-Aakhir by Munshi Faizuddin, a courtier in the court of Bahadur Shah Zafar, describes the actual ceremony. It lasted for 40 days with many guests attending it. As one writer pens it - the days would seem like Eid and the nights like Shab-e-Barat. Under the later Mughal rulers it was obviously a very important celebration. It was called Jashn-e-Tajposhi.

The night before the jashn (celebration) was called ratjaga or staying awake the whole night and Munshi Faizuddin describes the start of the function in the evening as:

It's now time to soak the dal (lentil) as this is considered a good omen for the night of the jashn. The emperor's chief consort will be the first to fill seven handfuls and put them in a broad, flat dish and the emperor would be the first to put the prepared dough in the kadhai (wok) for frying the vada (patties made out of ground lentil).

This ceremony would be marked with beating of drums, and a small procession of women carrying torches, candelabras and lamps for illumination would precede the empress. Led by female musicians, female guards, attendants, princesses, noblewomen and eunuchs would all follow the empress as per their rank and status.

The empress would soak seven handfuls of yellow mung dal (skinless split green gram) in a huge pot, on reaching the Rang Mahal, which was the centre of the seraglio in the Red Fort. The kitchen attendants would then soak the rest of the dal.

All the women present would offer their salutation and congratulation to the empress and drum rolls and trumpets were sounded.

By midnight, the ladies in the royal kitchens had ground the dal and made it ready to fry. The kadhais were on the fire and the oil was just the right temperature for frying.

As per custom, the empress would begin shaping seven vada in her palm and the message would be sent to the emperor.

He would arrive on his hawadar (a sedan chair known as the moving throne) as part of a great ceremony and put these seven vadas into the oil.

All the ladies present would once again present their salutations and congratulations to the emperor. The musicians would start playing the drums and shehnai to mark the joyous occasion.

The Jashn-e-Tajposhi was officially inaugurated.

I knew this was a uniquely Indian custom as I have lived many years in the Middle East and visited Iran, Iraq and Syria and never seen or heard of such a custom. 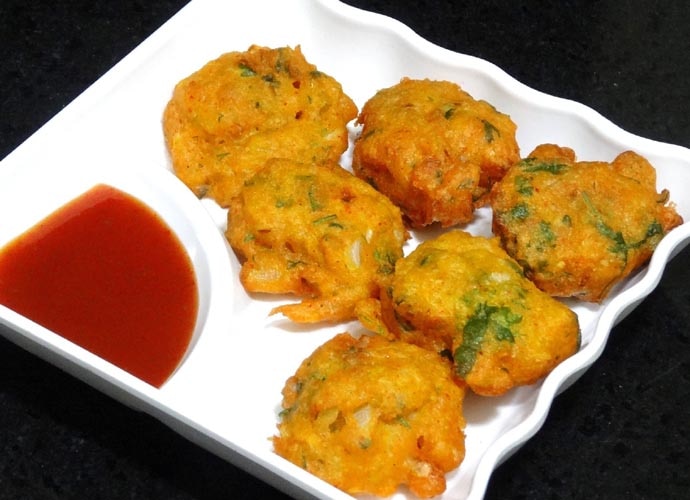 So I turned to Twitter and Facebook where many answered saying that vadas and mangori (smaller dried balls of mung dal) were always made to signal the start of a joyous occasion. This custom seemed to be strongest in Rajasthan and Uttarakhand. It now made sense to me as many of the Mughal queens came from Rajasthan and brought their own traditions with them. In fact, Akbar and his descendants celebrated many Hindu festivals. There was a rigidity and stopping of many of these during Aurangzeb's rule but by the mid 18th century till 1857, it seems from my readings that life under the Mughals was a very syncretic one and local customs had gained more importance than any of those that Babur and Humayun may have brought with them from Central Asia.

But why only mung dal vada? I turned to Shubhra Chatterjee, noted food history researcher and director of Lost Recipes on Epic Channel.

She told me that mung dal is one of the trio - masura (masoor), mugda (mung) and masha (urad) mentioned in the Yajurveda and mung was the dal that produced the least flatulence and was considered good for the body.

Chatterjee says that Patanjali mentions a day called the vatakini puranmashi when only vadas were eaten. It is believed that on the full moon days the gravitational pull of moon on earth is the highest - this is supposed to be a good day to fast and eat only light foods as the metabolic processes of the body are stable and there is enhanced energy. So only light foods such as mung dal and dal vadas are made and eaten.

This same fasting trend is also followed on amavasya - the moonless nights.

Puranmashi - full moon night - is the most auspicious day of the month and a lot of Hindu festivals and auspicious occasions fall on that day and thus one sees the trend of vadas being made. Since urad dal (the more popular dal used for vadas) is not eaten on fasting days so even today most people make Mung dal vadas.

The recipe description of vada in Dharma Sutras is "soaked, coarsely ground, and fermented pulses, fashioned into various shapes and deep fried".

Diwali falls on an amavasya and urad dal vadas in dahi and kanji (fermented water) are made. Fermented foods are considered good in Ayurveda for the digestive system so a fermented dal vada falls into the category of foods that are good for fasting days.

In fact, I had gone exploring the walled city of Shahjahanabad known as Old Delhi now, during Diwali, and found many food stalls selling kanji vadas.

While I kept searching for more customs related to vadas, my niece messaged that in my own village of Jalali (one of the oldest and historical towns in district Aligarh) too we had this custom. The period of Muharram, the two and quarter months of mourning for Imam Hussain was formally ended by frying of vadas. In the olden days no fried food was eaten in that period.

The frying and eating of vadas for joyous occasions definitely fits into the textbook definition of customs: a group pattern of habitual behaviour usually passed on from one generation to the other.

It's this underlying unity and syncretism which makes India great and which we must strive to document and preserve.

Post your comment
#Munshi Faizuddin, #Bahadur Shah Zafar, #Composite culture, #Vada
The views and opinions expressed in this article are those of the authors and do not necessarily reflect the official policy or position of DailyO.in or the India Today Group. The writers are solely responsible for any claims arising out of the contents of this article.