Harper's Bazaar gets writers, photographers, and authors to weigh in on what it means, and takes, to be a man today.

In this our age of impending reason, as strong women build the plinth upon which the genders will finally stand equal, and weak men quail and quibble at each hammer strike, there remain some taboos, a few fords that even the enlightened do not attempt.

I made such a crossing a few years ago, though I'm far from enlightened, when I left my home and dog in Delhi and travelled to Mumbai to live with my then girlfriend. By every reckoning the shift has been successful.

She is now my wife. We've each taken a few small steps in our careers. Beer comes home delivered in this city and we have friends and fun and a happy domesticity with a slowly fattening cat whom I have named Jade and the wife has named Asshole.

But the journey to serenity was not easy. First there was the cacophony of voices.

They came from everywhere. My old and best friends, hale, opinionated, hewn in Delhi's finest tradition, thought I'd gone bonkers. (Though shifting to crumbling, confined Mumbai inspired greater doubts about my sanity). Family, colleagues. They liked my girlfriend. Could see I was head over heels. But shifting for a woman?

The bubbling undercurrent — what if it doesn't work out? Men are taught that sexual rejection by a woman is the ultimate failure, the ultimate insult. She is not simply telling me she doesn't want me. She is telling me I'm not a man.

More than once I imagined the flight back to Delhi, fresh from being dumped. This is the male version of the Walk of Shame: The journey back to the other end of the party, classroom, neighbourhood park, the operative organ tucked between our legs.

The deep shame of the lovelorn male is mythologised and fetishised in literature and film. Sometimes rejection inspires men to great artistic heights. Sometimes it inspires us to throw acid on our darling's face. 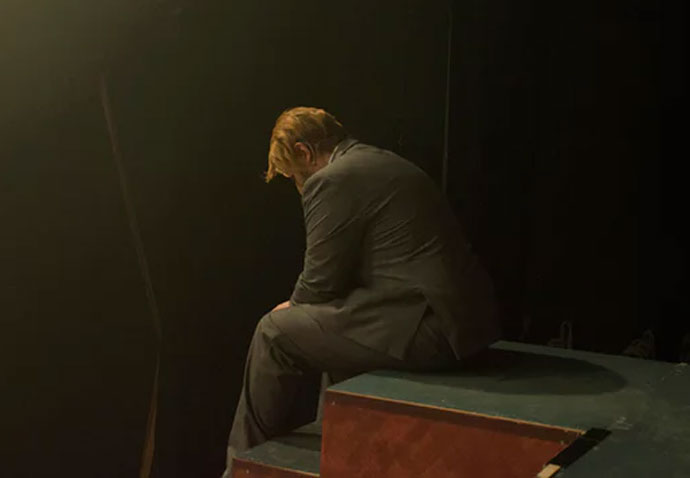 The deep shame of the lovelorn male is mythologised and fetishised in literature and film.

It turned out that the loudest voices were in my head. I wrote just now — subtly positioning myself as a New Age Male — that I casually upped sticks and moved, but that was not my intention when I first flew to Mumbai. I had planned to come here for six months. Plenty of time for both of us to decide if the spark was real.

There was a project I wanted to begin work on that would benefit from being out of the daily office routine. My girlfriend's work (she produces ad films) required her to live in Mumbai. It seemed the only logical decision. Yet, as the move approached, the voices in my head turned insistent. I began to feel that moving to my girlfriend's city would leave two wounds upon my male pride.

At the emotional level: This means you love her more than she loves you. And the practical aspect: She's not willing to put her work aside. She thinks her work is more important than yours.

I'd like to say I cast those doubts aside once I made the switch, once we began to appreciate the joys of living together. Instead it became my refrain when we fought. In those first months, our fights were frequent and brutal. And when they reached a snarling stalemate, as fights tend to, it became my trump card: "It's because of you we're living in this cesspit, this olfactory nightmare. I should never have moved!"

A feint that rarely worked, because the wife is a smarter adversary than I. Still I returned to it often. I see now that it was a way of giving vent to the soft humiliation I felt about moving. Without knowing it I was seething, and in moments of anger the bruise felt rawer: I had submitted where another male would not.

Despite my pretensions at dinner parties and edit meetings, some part of me still believed it was the woman's duty to follow the male, to make the big sacrifice, to come running when the man demanded. Living with this tough woman has released me of each of these misconceptions.

We've been married nearly three years now. I can't claim to know much about the institution but I do know I'm grateful. All morning I couldn't land on the right way to finish this article. So I sent my wife what I had so far.

She replied: "Life throws us so many other problems that those initial worries seem insignificant. We respect each other, so we're not worried about some ideal. We can appreciate and enjoy each other. No male or female, me or you. A team."

Definitely worth the leap.

#Indian men, #Harper's Bazaar
The views and opinions expressed in this article are those of the authors and do not necessarily reflect the official policy or position of DailyO.in or the India Today Group. The writers are solely responsible for any claims arising out of the contents of this article.