Apart from two political families, we have not seen any netas send their kids to the armed forces. Why not?

In the last five years, deaths of jawans in terror attacks has risen by 106% in Jammu and Kashmir.

In 2018, 557 security personnel were killed in terror attacks — the number was 354 in the previous year. These are numbers pertaining only to the restive Valley. There are other numbers of casualties elsewhere in the country. A jawan was killed just on Sunday in an encounter between the SSB and Maoists in Dumka.

Numbers don’t lie — our armed forces have no hesitation in giving up their lives for the country.

Equally, some of us do have hesitation in dedicating our lives to the armed forces.

Politicians often speak about the Indian Army. But more often than not, the purpose is to bolster their own political speeches. Not the other way around — not to boost the morale of the armed forces. We also have a proliferating number of politicians who won’t wait a second before comparing the Army chief with a goon on the street or claiming that the Indian Army is the Prime Minister’s sena.

But we do have a dearth of politicians who would send their own children to serve in the armed forces.

If they did, after all, how would dynasty take root in politics? 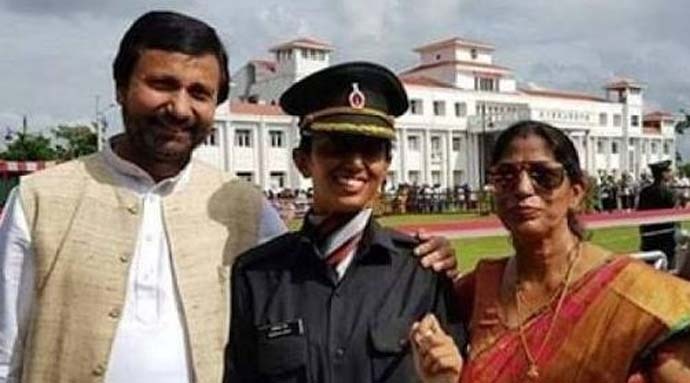 True Light: Like the Pant family, more children from political backgrounds should contribute to the armed forces. (Photo of Namita Pant: Twitter)

But, in this dark backdrop too, there are rays of light.

Interestingly, both are from Uttarakhand. 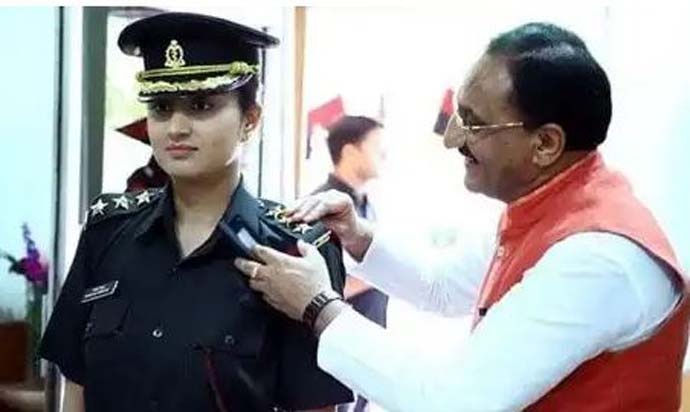 Dr Nishank is the daughter of Ramesh Pokhriyal Nishank — the new HRD minister of the Modi Cabinet. She is an Army doctor.

Namita Pant is the daughter of Prakash Pant, finance minister from Uttarakhand. She is an Army lawyer.

The Indian Army has a branch called the Territorial Army, which is not a full-time profession. It is meant for those who are working in some other profession. Sachin Pilot and Anurag Thakur are part of this Territorial Army. In 2012, Sachin Pilot became the first Union minister to be commissioned as an officer in the TA. Anurag Thakur was the first serving BJP MP to become a regular commissioned officer.

But this is still not the regular Army we are talking about — that still awaits the sons and daughters of those who profess to love this nation most.

When the bereaved family members of a jawan take a pledge to again send their next generation to the Army, even in the darkest hour of their lives, the silence of our politicians becomes deafening.

Also Read: Why Army will have to wait more for new carbines