We need to change to newer, more gender-neutral words that justify us being a modern society, and free our most joyous intimate relationships of the burden of patriarchy.

Jennifer Siegel Newsom, married to the newly-elected California governor, Gavin Newsom, requested that instead of 'First Lady', she be called 'First Partner'.

Her reasoning was as simple as it was evocatively brilliant — the use of 'First Lady' would not only limit her and all other women who would follow their husbands to such positions, to pandering and playing to the restrictive and stereotyped ‘lady’ role, but the use of 'First Partner' would also work for “spouses of future governors who are not straight men.”

Being First Partner is about inclusion, breaking down stereotypes, and valuing the partnerships that allow any of us to succeed. Grateful for this opportunity to continue advocating for a more equitable future - now let’s get to work! https://t.co/sXwfev7BFy

The term 'partner' has gained considerable momentum in recent years — people who would otherwise introduce their love interests as ‘boyfriends’ or ‘girlfriends’ now prefer to use the term ‘partners’.

The contemporary usage of the term is loaded with political correctness. As heterosexuality gets edged away from the purview of normative sexual behaviour, most societies have relaxed their sanctions and have embraced homosexual preferences and practices. 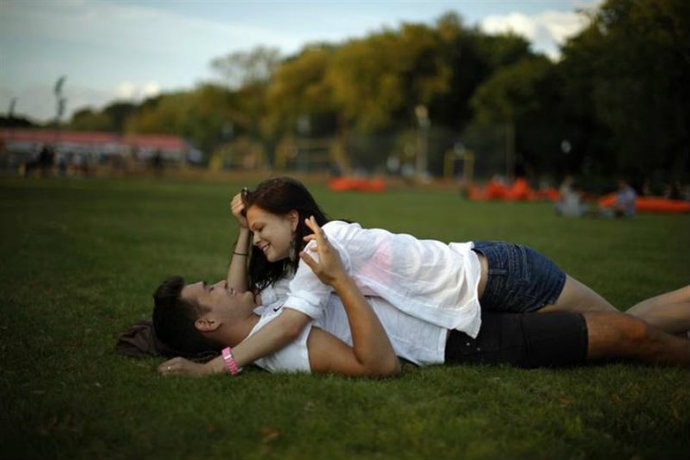 Woman on Top! The rules of the relationship game have changed, partner! (Source: Reuters)

In the western world, homosexual relationships have been accorded legitimacy. In India, we have decriminalised homosexuality. These are large signs of maturity from across the world, and it is reflected in our linguistic utterances too. The term 'partner' — with its gender-neutral connotation — is politically correct and socially appropriate.

'Partner' is also in keeping with the refashioning rule of the relationship game.

With the growth of the Internet, and a transformation in the social order where casual dating, open relationships, delayed marriages and other such practices are finding favour, terms like ‘boyfriend'or 'girlfriend’ have a certain undesirable vibe. Mostly, these set limitations of gender roles — of what each partner ought to bring at the relationship table.

It has a nice, positive ring to it, and neither party feels the suffocating or debilitating pressure of trying to live up to certain preset notions. The term 'partner' neither gives away too much, neither does it undermine the role and status of the people it seeks to define. It does not put out to the public eye (read judging eye) the level of commitment of the persons involved and their future plans.

A 'partner' is the 'significant other' or 'SO,' you may say.

'Wife' or 'girlfriend' usually come with patriarchal riders, and therefore, a women’s status within the marriage is often unequal.

'Behind every successful man is a woman' isn’t just a solid sounding proverb, it is a hand-me-down from the patriarchy manual which purports to keep women within a perimeter. 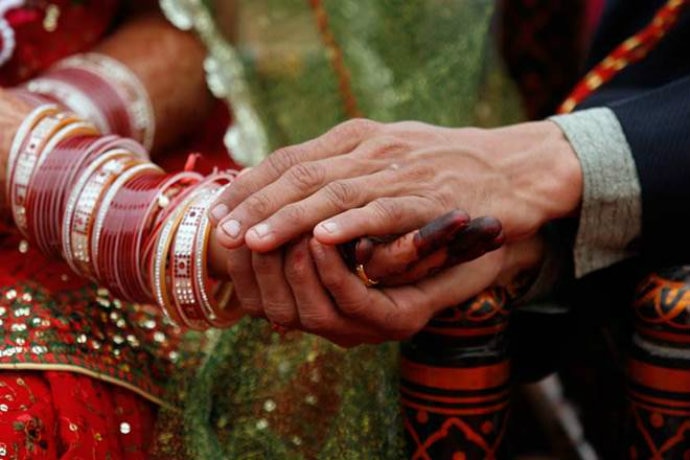 'Wife' come with patriarchal riders, and therefore, a women’s status within a marriage is often unequal. (Source: Reuters)

The wedding band isn’t just an ornament. It is a limit, a boundary, a perimeter. We, in India, know it as the 'Lakshman Rekha'. The oppression is so systematic and so complete that it does not release the woman even after her death.

"When Aunt is dead, her terrified hands will lie.

Still ringed with ordeals she was mastered by."

Aunt Jennifer is an appropriate metaphor for scores of women who, despite the changing social order and legal reforms, continue to live lives that are, at best, secondary, if not invisible. They are ‘mastered’ till their death and perchance even thereafter. The term 'partner' might not be able to swish away the organised oppression all at once, but it might just offer us a more humanistic perspective that is premised on gender tolerance.

In all fairness, the term 'partner' ensures political correctness and has the potential to take forward the culture of tolerance where the freedom of self-expression and justice towards those who are different and/or disenfranchised are upheld.

Of course, not everyone is comfortable with the use of 'partner'.

The discomfort is more within the cisgender straight couple circle who view the word as secondary, somewhat inferior and not totally encompassing of the sacredness of a meaningful relationship like a marriage.

Using it in place of ‘husband’ or ‘wife’ tires those who wouldn't bother to indulge in such tiresome linguistic debates — they feel that the word lacks the romantic connotations cementing such relationships. "Partner' historically has been associated with 'hippie' culture — it was later adopted by the LGBTQIA community. (Source: Reuters)

Also, many feel that it is a term that historically has been associated with 'hippie' culture, and later adopted by the LGBTQIA community. So, an appropriation by heterosexuals might be tickling old sores. For far too long, those with different sexual preferences have had to court endless strife and heartbreak, had to live on the borders of the society, damned to a life of ridicule and risk. The word 'partner' was used and limited to such circles.

Usage by the community at large may just touch a deeper chord and unleash newer, more complex emotions in an evolving society.

However, on the other side of the debate are those who feel that the term is deep and gives an idea of a supportive connection that is based on trust and equality. People are not compelled to reveal their sexual preferences until they feel comfortable to do so. Therefore, in a modern world that posits itself on acceptance and celebration of all kinds, the word 'partner' may be a perfectly healthy manifestation of a society-in-transition.

So should you use the word 'partner' as you introduce or talk about your own relationship?

That depends on which side of the debate you choose to represent. It's time we moved to more gender-neutral words that can justify us being a progressive society. (Source: Reuters)

There are a gazillion ways of describing your own relationship. A fine word which keeps it neutral and yet, manages to draw in the necessary notes of warmth, love and equality would be ‘spouse’. Or you could choose to say 'lover' or 'soulmate' or 'significant other' or 'better half'. You could even go with 'friend' or 'companion' if you wish to.

Words do matter, and I summon Lord Byron to lend credence to their importance:

"But words are things, and a small drop of ink,

So, words matter, and undeniably push for change. We do not use hugely deroatory terms like 'Nig***' anymore. PETA too pushed for change by suggesting we do away with meat-based idioms in a bid to turn our thoughts towards a kinder society which shuns cruelty towards creatures.

Words we choose in our daily usage are a form of action, often reaffirming our pledge to society — to uphold it, transform it.

In light of this, Jennifer Newsom is right in eschewing her status as 'First Lady' and urging for a semantic change.

Perhaps we need a change to newer and more gender-neutral words, which can justify us being a modern and progressive society.

Post your comment
#Marriage, #Homosexuality, #Lgbtqia, #Boyfriend
The views and opinions expressed in this article are those of the authors and do not necessarily reflect the official policy or position of DailyO.in or the India Today Group. The writers are solely responsible for any claims arising out of the contents of this article.