Women's Day: Diamonds, dresses, dates? What is today about anyway? Here's what

Every year, as March 8 approaches, I see brands clamouring to lure women with spa day offers, discounts on jewellery, pedicure, ‘buy-one-get-one’ schemes or sales on dresses, and as someone who routinely designs campaigns for brands, I have to walk a tightrope to do justice to Women's Day.

Because what is Women's Day really?

Hope you don't need me to tell you that Women's Day is a day that marks the war that the suffragettes fought in the early 1900s in the West for the right to vote. Thousands of women fought for this very basic right and to think that as they marched out on the streets, they were met with violence, protest, anger — men spat at them, manhandled them and molested them. That's what 50% of the world's population had to endure because they had no right to vote and no say in matters that affected their lives directly.

We need a moment to take that in.

Please watch this video for more on that.

I write this piece more for my own peace and to remind myself to always remember to get back to the basics, and along the way, if I am able to make a few points that resonate with some readers, then I am home.

Yes, there is education, gender-wage gap, sexual crimes, nutrition, right to abortion, and the list goes on. However, today, I've picked the most basic of rights that are denied to you and me. I've picked them because they are — by definition — so basic to our existence. As basic as the right to vote and I still can't believe that, we — 50% of the world's population — are denied it. I've picked three such rights.

1.). The right to our identity

This one is the biggest bummer.

Every year, millions of women across the world get married and change their names. In India, it is even worse — women are asked to change their homes and accept a new family as their own.

Men don't have to go through any of this.

This is such a massive change for women and bound to be difficult, but goes completely unrecognised and is passed off as the 'norm'. Yet, it is a phenomenon that has not been taken up by any activist or even named as an issue by anyone. To me, it is the same as the loss of identity for women — and it happens systematically in a patriarchal society. 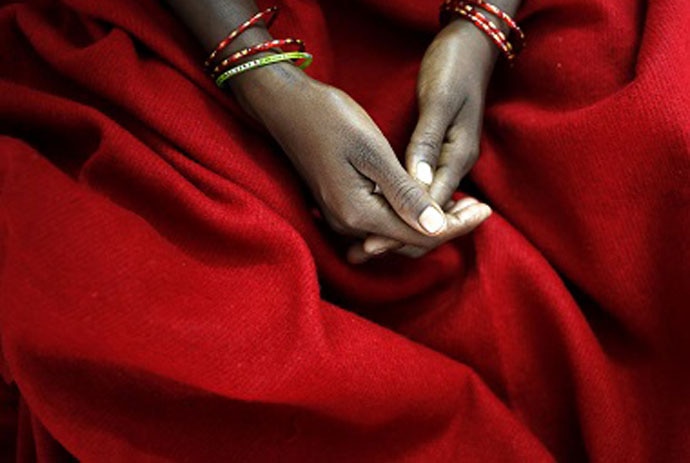 The right to identity is a basic fundamental right — yet, it is denied to us and we aren't even aware of it. (Representational image: Reuters)

It has justified the dowry system and the loss to women’s rights to their ancestral property. More than that, women do not get the same support and love from their “new families” and experience great emotional labour thanks to how they are treated. They will always be the 'bahu' — and their own family can never really spend time with them in what is “their home”.

Under such circumstances, can the women really see the household they are married into as “their home”? Still, we teach many little girls to dream about their marriage, rather than becoming someone strong and successful. Really, what are we handing down to them as an achievable goal?

To me, this is a crime against women.

2.). The right to menstrual health and hygiene

We're living in 2019, ladies and gentlemen. Yet, 82% Indian women do not know what a sanitary napkin is.

Take a moment to read this.

In India, women still use cloth and sand to cover their menstrual flow. This hurts me in ways that I can't put into words.

Every single woman menstruates every month, and a sanitary napkin is so expensive that it is a privilege. This is the reason for young girls to drop out of school, contract infections and even have their uteruses removed.

The government should be ashamed. 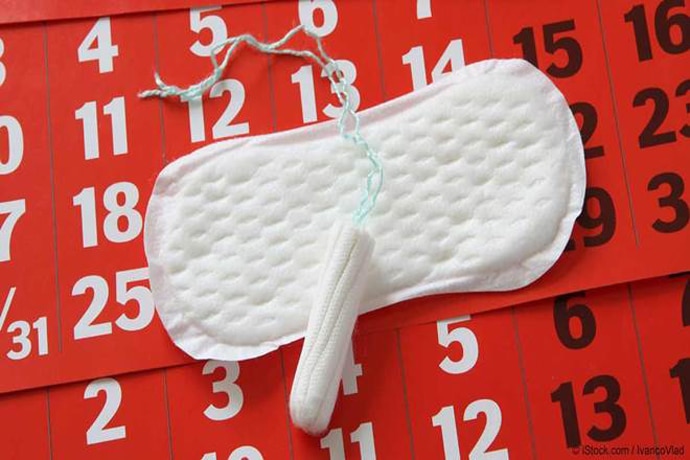 82% Indian women don't know what a sanitary napkin is — and we are "celebrating" Women's Day. (Image: Reuters)

The other thing that is unbelievable is the shame we feel in just getting the period. I was asked to not enter certain rooms by my former mother-in-law, and not to touch the food. Even today, little girls are asked to stay separately when they get their periods. I've read about a case where a young girl died when in isolation during her period. And the case of not going to places of worship is famous and ridiculous.

Where do people think they come from? From the same vaginas that bleed every month.

Do I hear some people giggling? I almost can.

But this is no laughing matter. The orgasm gap is real — and a very basic right of women which has been violated for centuries and named only very recently. I think it is a very important right because it is linked to our well-being. If men don't stop till they orgasm, why should we?

In fact, this transcends all kinds of sexualities. I say “men” because the orgasm gap is widest in heterosexual relationships — no surprises there. According to Psychology Today, only 39% of women have experienced orgasms most of the time, as opposed to 91% for men. Look at that gap!

As a woman, did you even know that you have a right to orgasm? Of course you didn't. Guess why? (Representational photo: Reuters)

How women are treated in bed is a direct result of how they are treated in the relationship — equality, respect and value cannot be short-changed. This gap has to be closed.

That a man cannot find your clitoris cannot be a joke for long — it is a ridiculous thing to put up with. Please have the heart and the self-respect to fix it for yourself, or just leave.

The fact is, diamonds, pedicures and cocktails are well-deserved, alright. But we cannot forget that we are all fighting battles — Every Single Day.

The woman in the village — when she sends her daughter to school. The woman in her office — when she gets her promotion after putting up her case. The woman — who explains to her husband to not mansplain anymore. The girlfriend — who has the courage to leave an abusive boyfriend.

We're all doing our bit. Knowing it — and remembering that we have internal battles to win. That thought — to my mind — is what Women's Day is really about. Let's not forget that we're still fighting for many basics.

Also read: Cyclone Gaja did not kill a 12-year-old girl in Tamil Nadu. We did.