The introduction of cheetahs in India is being done under Project Cheetah, which is the world's first inter-continental large wild carnivore translocation project.

After being declared extinct from the country in 1952, India finally has cheetahs. Eight cheetahs from Namibia landed in Madhya Pradesh's Gwalior on Saturday (September 17) morning.

They will be carried in a special helicopter to the Kuno National Park (KNP) in Sheopur district of MP, where Prime Minister Narendra Modi, on his birthday today, will release three of them into the park's quarantine enclosures.

The cheetahs that would be released have been brought under an MoU signed earlier this year. The introduction of cheetahs in India is being done under Project Cheetah, which is the world's first inter-continental large wild carnivore translocation project.

As a precaution, it is mandated that an animal should have an empty stomach at the time of commencing journey, MP Principal Chief Conservator of Forests (Wildlife) JS Chauhan told PTI. He said no food will be given to the cheetahs during their journey from Namibia to Jaipur and then further to the national park.

But now the cheetahs are going to land in Gwalior instead of Jaipur and it’s not clear if Chinook will take them to the national park or some other helicopter or vehicle.

Tiger brings cheetahs to India: A tiger-faced modified passenger B747 Jumbo Jet took off from Hosea Kutako International Airport in Windhoek, Namibia to Gwalior in India. "A special bird touches down in the Land of the Brave to carry goodwill ambassadors to the Land of the Tiger," the High Commission of India in Namibia tweeted on Thursday (September 15). All the cheetahs have been vaccinated, fitted with a satellite collar. These cheetahs were selected based on an assessment of health, wild disposition, hunting skills and ability to contribute genetics that will result in a strong founder population, reported India Today.

India now home to Big 5: India was earlier the habitat of four big cats: the Royal Bengal Tiger (Panthera tigris), the Asiatic Lion (Panthera leo), the Indian Leopard (Panthera pardus) and the Snow Leopard (Panthera uncia). But, now with cheetahs finally coming back to country, India will become the home to the Big 5.

250 chital deer for cheetahs to prey on: The forest department in MP has has herded 250 chital or spotted deer as the prey for the cheetahs at the Kuno-Palpur National Park. 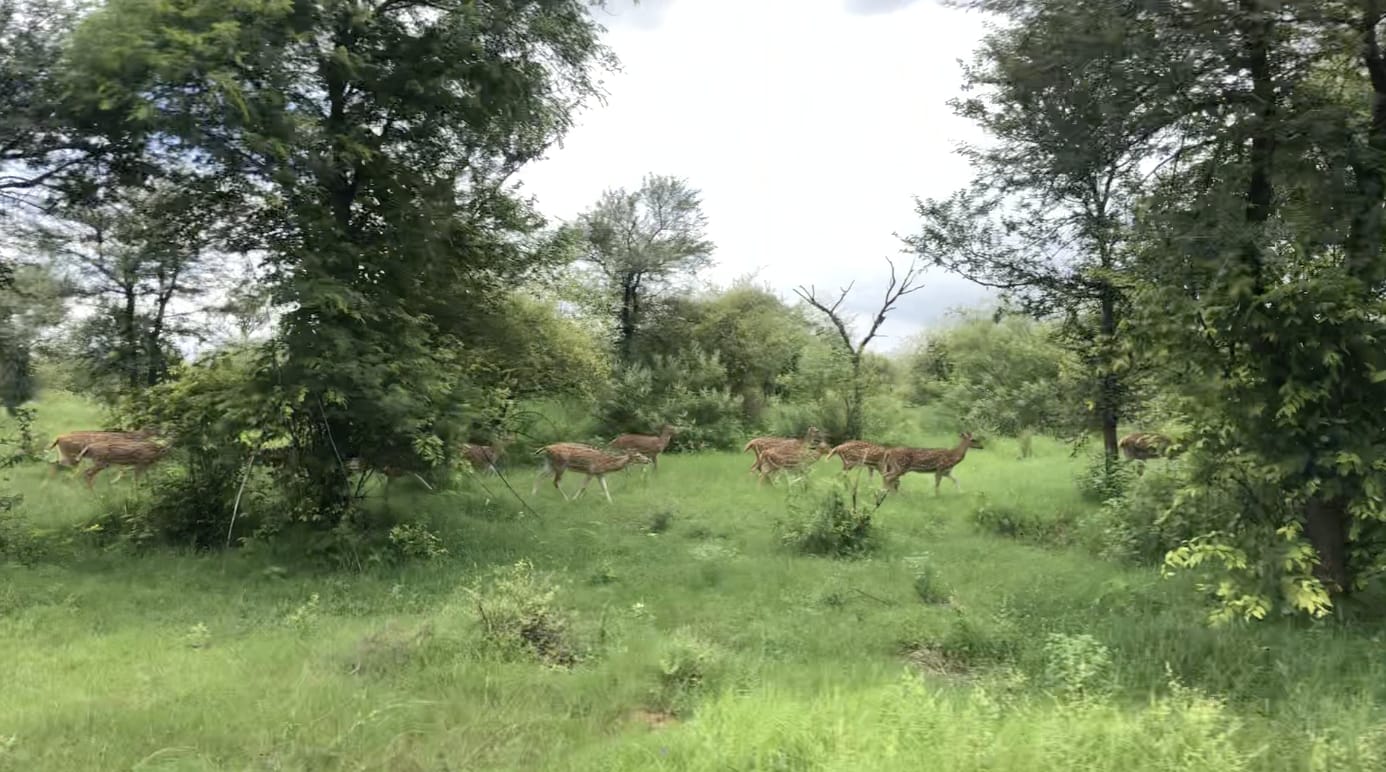 “We have put more than 250 chitals (spotted deer or axis deer) in the ‘soft release enclosure’ meant to acclimatize the cheetahs at the KNP,” MP Principal Chief Conservator of Forests (Wildlife) JS Chauhan told PTI.

The national park is 748 sq km in area. It was considered ready for receiving cheetahs with the least management interventions since a lot of investments were made in this protected area for reintroducing Asiatic lions, which is also an endangered species, reported PTI.

Amongst the ten surveyed sites in five central Indian States, Kuno Palpur National Park (KNP) in Madhya Pradesh was rated high on the priority list for considering the introduction of the cheetah because of its suitable habitat and adequate prey base. pic.twitter.com/TwcLf3AGju

History of Indian cheetah: Emperor Akbar reportedly had 1,000 cheetahs to help him during hunting of blackbucks and other animals. Later also Indian kings and other rich men used to take cheetahs with them while hunting.

By the beginning of the 20th century, the Indian cheetah population had dipped to a few hundreds and princes began to import African animals for coursing, around 200 were imported between 1918 and 1945, reported PTI.

After the independence in 1947, and the integration of princely states with India, the sport died and the population of India cheetahs was also limited to a very few.

Cheetah's extinction in India: Maharaja Ramanuj Pratap Singh Deo of Surguja (now in Chhattisgarh) is believed to have killed the last three cheetahs in the country in 1947. In 1952, the Indian government officially declared the cheetah extinct in the country.

The cheetah is the only large carnivore that got completely wiped out from India, mainly due to their use for coursing, sport hunting, over-hunting and habitat loss, reported PTI.