Netflix docuseries How To Change Your Mind will change your mind about psychedelics (well, it should)

How To Change Your Mind on Netflix

The latest Netflix docuseries, How To Change Your Mind, inspired by New York Times' bestselling author Michael Pollan’s eponymous novel, tracks his journey exploring the world of psychedelics. Here is a history of the substances and how they are soon set to revolutionise mental health care across the world forever.

Before we get any further, watch the trailer of How to Change Your Mind:

What does 'psychedelic' even mean? The term psychedelic owes its origins to an English psychiatrist, Humphrey Osmond, known for his experiments with the substances in the 1950s. He came up with the term saying that it meant “mind manifesting”, a combination of the Greek words ‘psyche’ (mind) and ‘delos’ (manifest). Osmond came up with a playful jingle containing his invented word, which soon caught popular attention,

“To fathom Hell or soar angelic, just take a pinch of psychedelic”

The primary effects that psychedelics have on us upon intake is to trigger an ‘enhanced’ state of consciousness. This psychedelic experience is what we now know as a “trip” which rather ironically, was coined by the US Army itself while experimenting with LSD.

What does a trip feel like, one may ask? Neo* ‘tries’ to talk about their experiences with psychedelics,

“It’s difficult to define the experience or put it in words. It makes your brain interact in ways it just cannot under normal circumstances. The peace that I experience, the clarity that I experience, it’s a very innate feeling of comfort, especially considering that I suffer from anxiety.” In conversation with DailyO, the Indian Psychedelic Society describes the experience by drawing parallels to The Matrix, claiming, “it will be and can be one of the hardest things you're ever going to do” for having to experience death and rebirth in real time.

“To think LSD was accidentally discovered by this random Swiss chemist after he experienced the trippiest bicycle ride home in the history of humankind,”
- Jafar Tahir, programmer analyst at Cognizant

Psychedelic therapy: The near limitless potential of tapping into the human consciousness that psychedelics had to offer, begs the question: Had it not been for the War on Drugs, what purpose would psychedelics have served?

The World Health Organization (WHO) estimates that more than 264 million people globally suffer from depression, and about one-third do not respond to antidepressants; while close to one billion people suffer from a mental illness or substance abuse disorder.

Over the short span of research conducted, psychedelics were hailed for their abilities in breaking down barriers of trauma in patients' lives, completely transforming their sense of self for the better. And psychedelics did so within the span of only one or two sessions, in stark contrast to the weeks or months that antidepressants or other standard drugs would take to combat mental ailments.

While studies conducted before the Nixon era were of the consensus of the invaluable nature and utmost importance of these substances to revolutionise mental health treatment as we know it, the setback that the War on Drugs posed meant that the research had to start from scratch.

After the War on Drugs: As of now, studies conducted by over 111 active clinical trials across the United States have evidence to support the administration of psilocybin alleviates severe anxiety and depression in cancer patients. Of these clinical studies, Manish Agrawal, from the Aquilino Cancer Centre, Maryland, helms one such attempt to address the emotional and psychological effects that come with cancer diagnoses. In a Washington Post piece, Agrawal says, “I have never witnessed the sort of dramatic response to any medical intervention as I have with some patients through psychedelic-assisted therapy... it could be a spark that begins their healing journey, helping them come to terms with their most difficult fears.”

“People usually think this is just some hippy thing,” says Durán, “But all kinds of people use it. In fact, usually the people who choose to take mushrooms do it only once, and only because we recommend it as part of their therapy."https://t.co/hWX4Le9X8l

First major step towards acceptance in 40 years: Recent studies with LSD have observed the substance's profound effects in dealing with patients suffering from alcoholism, anxiety, and OCD with overwhelmingly positive efficacy rates in contrast to the conventionally prescribed medication. As of now, the Food and Drugs Administration (FDA) in the US has cleared the first commercial clinical trials of LSD in over 40 years to combat anxiety disorders.

The promising results these trials have observed is the foundation of psychedelic therapy - a process that utilises the effects of psychedelics in altering one’s perception of self and providing a space to process trauma and angst completely. This is coupled with the presence of a controlled environment and a trained professional to guide you through the journey of healing.

Rep. @AOC’s amendment would open up further avenues for therapeutic studies of MDMA and psilocybin. @RepDanCrenshaw’s would also provide for further studies of those two substances, as well as lesser-known psychedelics ibogaine and 5-MeO-DMT. https://t.co/qLvZZGxgbJ

But, but, but: The future of this promising enterprise of therapy is contingent on FDA approval in the United States and the decriminalisation of these substances. The road ahead is brimming with possibilities that could shape the way mental health is addressed forever.

It’s official. I just receive a U01 grant from NIDA to study #psilocybin for tobacco addiction. To my knowledge it's the 1st grant from the US government in over a half century to directly study therapeutics of a classic #psychedelic. New era in legitimacy of psychedelic science.

“Consider Humans are like an iPhone 15 hardware, we're running on iOS 3 software. For iOS 15, our brains still lack the capacity to self-upgrade. Psychedelics are like software update for our brain, we are upgrading our minds and spirits and even our DNA and psychedelics hold the key for us to evolve as a species,” says the Indian Psychedelic Society.

The scope for psychedelic therapy in India:

“What’s the hubris of humans to think they can outlaw an entire species?”
- Paul Stamets, American mycologist and psilocybin advocate

India somehow managed to withstand pressure from the United States for over 25 years before the erstwhile Rajiv Gandhi government succumbed and enacted the Narcotic Drugs and Psychotropic Substances Act 1985, following which, all narcotic substances, including psychedelics, were banned in the country. 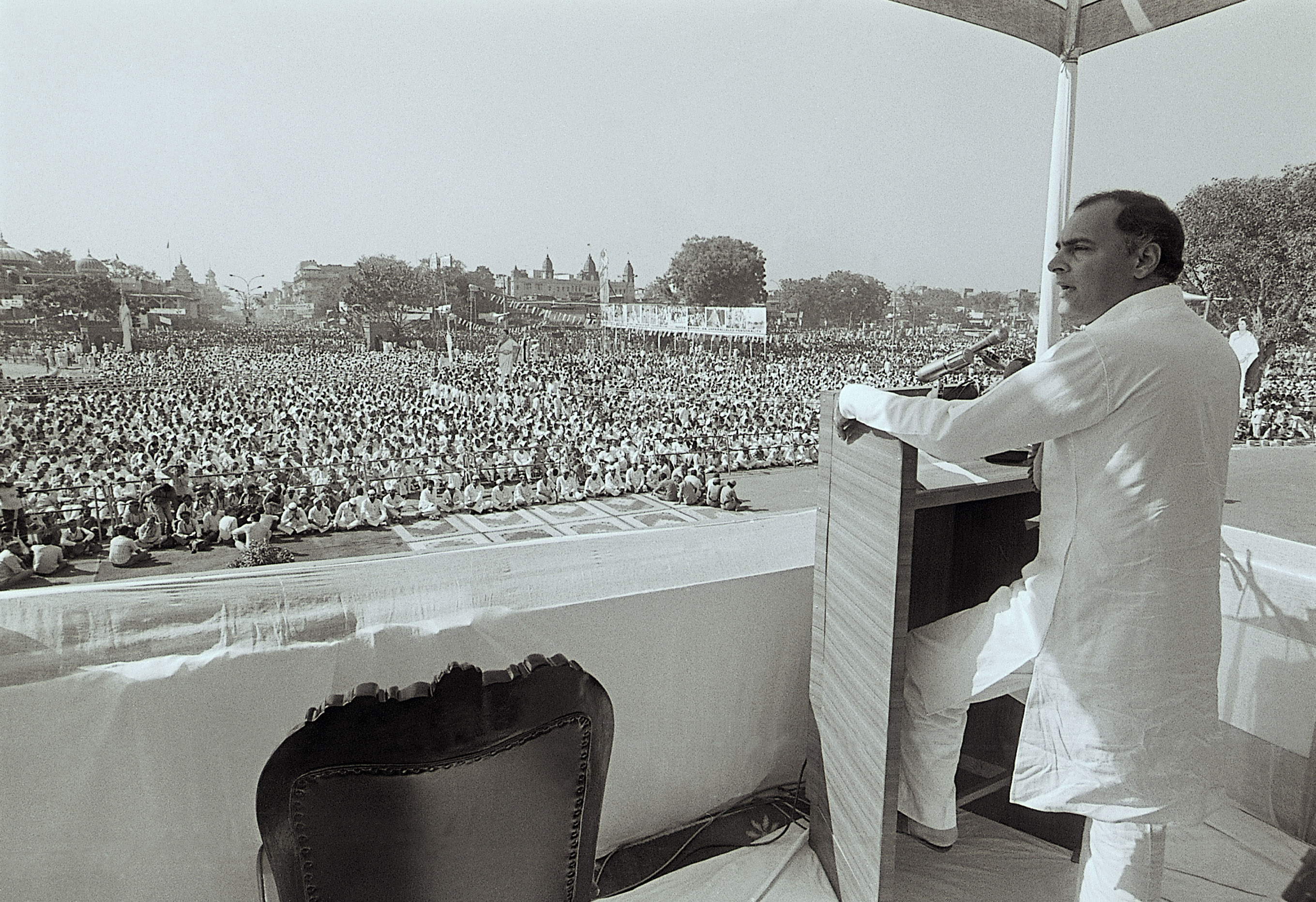 “To ban something or to stop something is very easy. Even something like cannabis that was culturally significant in our country was completely banned. However to bring something back after suppressing it for so many years is a long, difficult process. Therefore in the near future, until our methods of responding to slightly uncomfortable topics change, I don’t think there is a case to be made for psychedelics,” says Neo*.

For Dr Akshay Singh, a psychiatrist and private practitioner from Lucknow, the only place he had heard of psychedelic therapy prior to his conversation with DailyO was on Gwyneth Paltrow’s Netflix series, The Goop Lab. “The issue with psychedelics is that there is a certain fear attached to the risk of addiction involved while dealing with them. To put somebody on a psychedelic is a simple task. To predict what is going to happen after that is much more difficult. Controlling the effects, controlling the dosage, running trial groups and examining how volunteers are responding... It’s a huge process which will most likely take a few years until perfected,” says Dr Singh.

He explains that as of now, the most advanced forms of therapy we have at our disposal in India include electroconvulsive therapy, Transcranial Magnetic (TMS) therapy and even Ketamine therapy, which puts us fairly at par with the rest of the world. However, something as simple as cannabis has to be dealt with appropriately first, before we move on to psychedelics.

The main issue with conventional medication: One of the growing frustrations that psychiatrists face world over, is that medication only alleviates the symptoms of mental ailments rather than tackle them at the root of the cause. While comparing the efficacy rates that psychedelics have had on patients with those of pharmaceutically prescribed medication, Dr Singh explains that no conventional medication has the ability to combat an ailment at its root cause.

“Something even as common as blood pressure or diabetes medication does not address the root cause. The root cause might be genetics, stress or lifestyle choices and dietary habits.  I feel the safest route we can take is to balance medication and therapy: with medication you prevent the symptoms from furthering, and by undergoing therapy alongside is essential in slowly unravelling the cause,” he says.

According to Dr Singh, the advantage and the temptation with psychedelics if one is able to manoeuvre through the treacherous lanes of dosage and side-effects, is that when you pop a pill suddenly you have a life-changing experience as compared to the more gradual process of medication and therapy, cutting short the otherwise long and tedious process.

'Very Stranger Things-like': When asked about the untapped potential the subconscious mind holds in actualising trauma, Dr Singh postulates that it is “very Stranger Things-like”. He affirms that as of now, we are on a very rudimentary level where we have only just started to recognise and accept mental health ailments as actual issues.

"Maybe some years from now, when we fully come to terms with the spectrum of mental health problems, then perhaps we can start researching in that direction. As of now, as I said, it’s a very ‘Stranger Things’ concept to look at," he says.

Even though on a systematic level, psychedelic therapy in our country does indeed seem like something out of science fiction, the change in perception still starts at the most fundamental level.

“Kids are taught to stay away from something from a very young age - stay away from drugs, don’t do drugs - instead of equipping them with a better understanding of these substances. Think of it like basic sex education. Instead of informing people of healthy sexual practices, it's (still) viewed with contempt and is tabooed in our country,” says Neo*.

Seek, and you will find: According to the Indian Psychedelic Society, it actually comes down to less work, as psychedelics aren’t meant to be advertised. If you seek them, you will find them. These are plants that have deep cultural connections to the country.

“India is very open to understanding more about these substances, allowing Ayurveda to encapsulate this research; however, our laws are actually dictated by the West. We need not see it as legalisation or decriminalisation; rather, a cultural standpoint of having these medicines available through method not seen till date, where science, spirituality, religion can come together and seen as a heritage of each human without a cost because they grow naturally,” they add.

While the West moves inch-by-inch closer towards the incorporation of psychedelics into the mainstream treatment of mental health, one can only hope for the very same to gradually find its way to India and the rest of the world. It's high time we changed our minds about these misunderstood substances.

Catch the last two episodes of How To Change Your Mind, now streaming on Netflix, as Michael Pollan furthers his exploration on psychedelics with MDMA and Mescaline. The first two episodes of the docuseries deals with LSD and psilocybin.