India has FINALLY discontinued the mandatory Air Suvidha forms for inbound passengers. The self-declaration form for inbound travellers has been removed by the Ministry of Civil Aviation and will take effect starting today, November 22, 2022.

Fresh orders from the Union Health Ministry, a notice released by the Civil Aviation Ministry stated,

“In the light of sustained declining Covid-19 trajectory and significant advances being made in Covid-19 vaccination coverage both globally as well as in India, the Ministry of Health & Family Welfare has issued revised ‘Guidelines for International Arrivals.”

🔴Neither mask nor vaccination mandatory.

🔴If symptoms found, then the passenger shall be isolated as per standard protocol.@MoHFW_INDIA pic.twitter.com/GAlirPMZjL

What was the Air Suvidha form: The Air Suvidha self-declaration form was a contactless solution facilitated by the Delhi Airport for all international passengers to India, as a means of controlling, preventing and understanding contact-tracing during the Covid-19 pandemic. 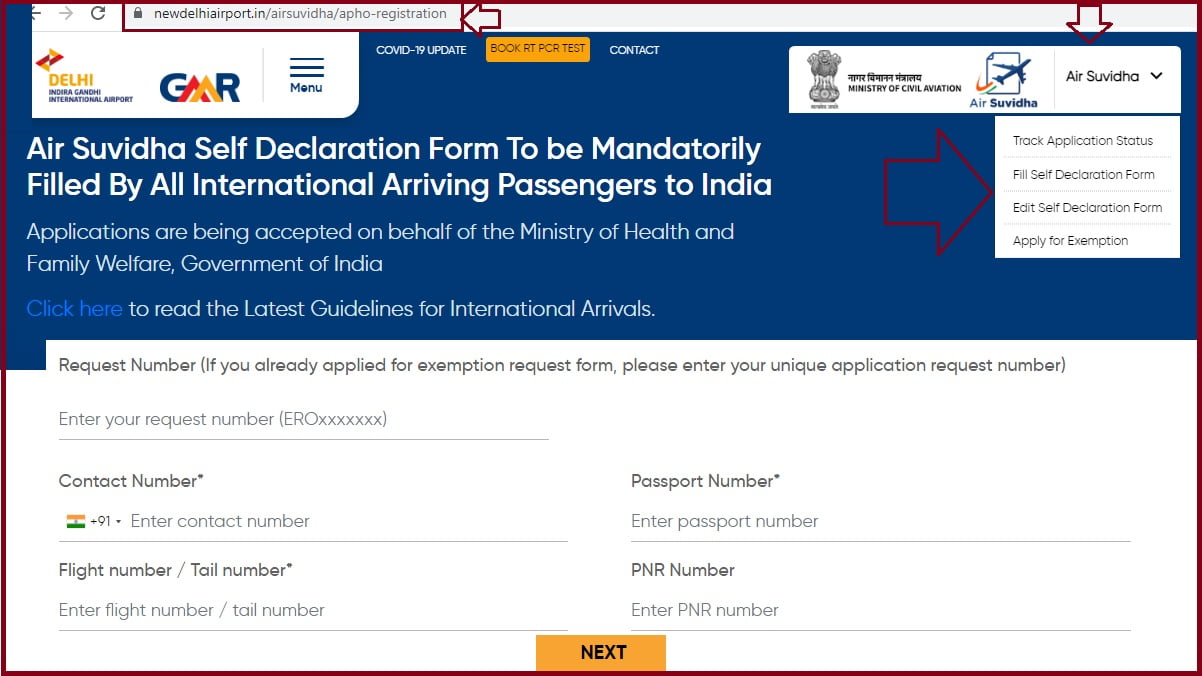 It has been discontinued now. Starting today, international passengers flying in to India will no longer need to fill the Air Suvidha form and submit it at the check-in counters.

So, what's new if you're flying in to India from abroad? In light of the new rules and regulations, people flying to India from other countries will

The discontinuing of Air Suvidha forms were met with mixed reactions from people...

Those in favour of Air Suvidha forms being discontinued: The Internet seems overwhelmingly pleased for the most part, on the scrapping of the Air Suvidha mandate, with many travellers being hassled at airports abroad, due to connectivity issues while completing the Air Suvidha forms. Some even relied on friends and family outside to assist them with the painstaking procedure.

The other side: Yet, a few seem skeptical on the scrapping of the forms and other pandemic protocols, fearing the possibility of a new variant of the coronavirus on the rise.

Should passengers be found to show Covid-like symptoms during random screening protocol, they will immediately be isolated and taken to a designated medical facility, as per protocol.

Following the gradual lifting of embargos on in-flight meals, the social distancing protocol, as well as the number of flights per day, the decision marks an end to the few remaining restrictions imposed to curb the spread of the virus in the country.