In Rajasthan's Churu district, 45-year-old Vinod Tiwari, who was popularly known as the 'snake man', died minutes after being bitten by a snake. Tiwari was bitten by a cobra, a species of snake found in south and southeast Asia.

What happened? Tiwari was in this profession for 20 years where he would catch venomous snakes, pack them and then later release them in the jungles. On September 14, it was one those usual days for him at a shop at Gogamedi area of Churu. He caught the snake and then later as he was putting it in his bag, it bit him with his fangs. The video was recorded in a CCTV camera.

In the video, Tiwari was seen walking minutes after the bite but he later collapsed and died. All of this happened in a span of minutes. It was a bite of the Indian cobra.

One man, identified as Vinod Tiwari, who engaged with snakes his entire life passed away due to snake bite on Saturday. He was bitten by a venomous cobra.#Rajasthan #Churu #Cobra #Snakebite #Venom #Snakeman #cctvfootage #CCTV #Viral #ViralVideos #viraltwitter #India pic.twitter.com/qTzEiwwwUZ

The question is how poisnous was the snake and how it can kill a man.

What is Indian cobra? The Indian cobra (Naja Naja) is a highly venomous and is one of the deadliest snakes in India. What is a snake venom?  Snake's venom is a white or yellow-coloured liquid that is produced in the glands behind the snake's eyes.

What's the cure? Anti-venoms are the cure against snake bites. Though the bite of an Indian Cobra is life-threatening, it is seen that if prompt medical care is given to the victim and anti-venom is administered properly, then only 10% of the bites are fatal.

Anti-venom is produced by extracting venom from the snake, injecting it after diluting in a sheep or a horse which builds anti-bodies against it.

These antibodies are separated from the animal's blood and used to make anti-venom.

But there is a problem here. These anti-venoms are expensive and available in limited quantities. It is also difficult for ordinary people to access these anti-venoms. In fact, anti-venoms which are found to be effective and safe are rare. 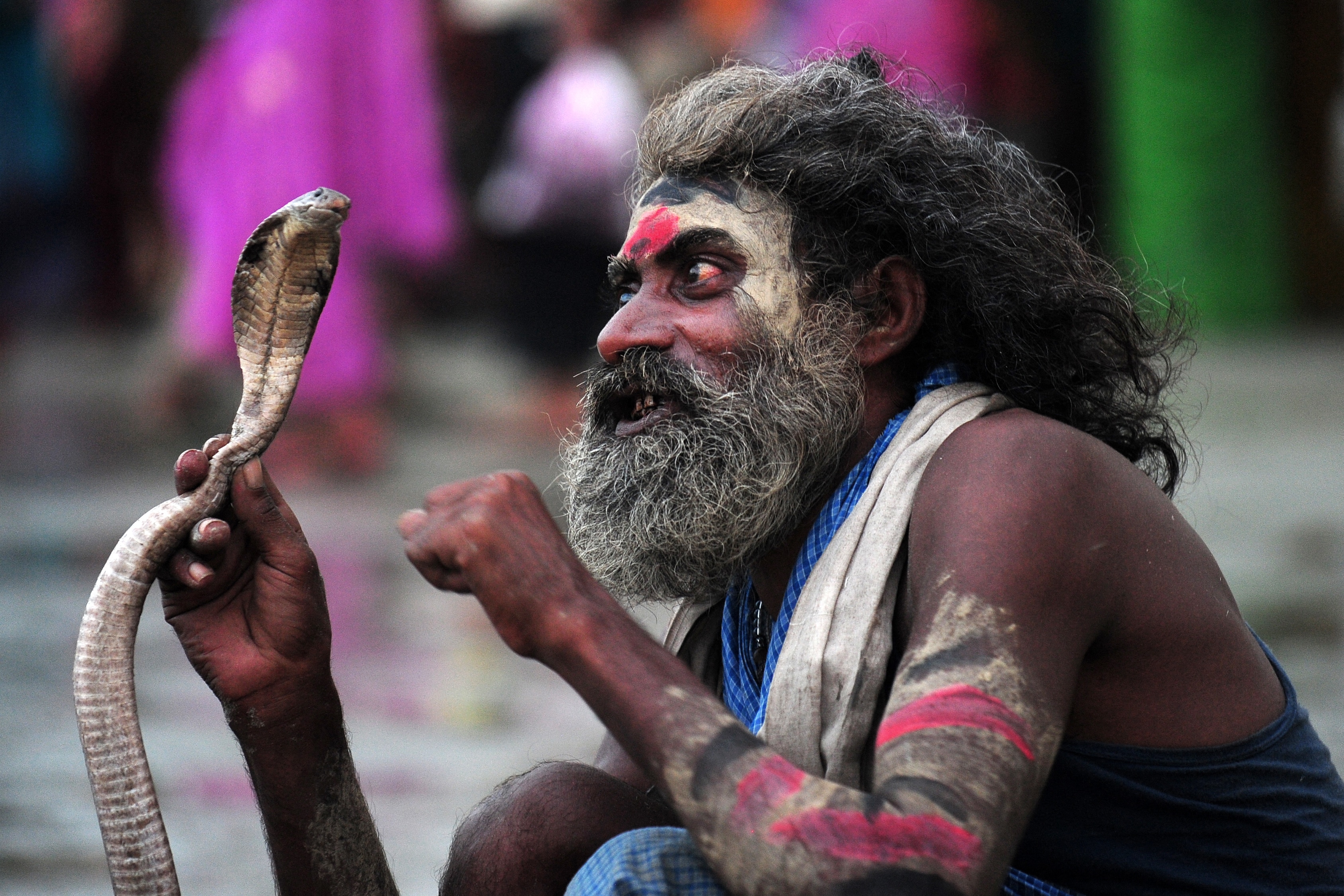 What to do after a snake bite? In case, you have been bitten by a snake, the best option is to take the victim to a nearby medical facility immediately.

There are also lot of theories like sucking out venom of the victim to remove the venom. This is not recommended at all. Experts say that sucking out the venom in fact, can hasten the venom's passage into the blood stream.

Cutting of the venom is also not recommended as it can make the venom worse.

After the bite, the victim should not move affected limb and reach the hospital at the earliest.

What WHO says on snakebites in India: According to the World Health Organization, about 5 million snakebites occur in India every year, resulting in up to 2.7 million envenoming.

The report suggests that snakebites in India cause 81,000 to 1,38,000 deaths every year and as many as 400,000 amputations and other permanent diasabilities.