The cute fluffy cat on your sofa is a psychopath to the environment. Poland calls them invasive alien species

Cats. Some people love them, some can't stand them. And some spend hours looking at cute cat videos on YouTube and Instagram. But those big-eyed and round-faced fluff balls that we call domestic cats are actually "invasive alien species" according to Poland.

The Polish Institute of Nature Conversation recently added domestic cats to its database of invasive alien species. They argue that domestic cats wreak havoc on the local biodiversity, mainly causing damage to the bird population and other species.

The scientist behind the categorisation, Wojciech Solarz, in a debate said that "cats kill about 140 million birds in Poland each year", as reported by AP.

The decision has caused an uproar among cat lovers in the European country, with a veterinarian saying on a TV debate, "Ask if man is on the list of non-invasive alien species," according to AP.

When you're too scared to let the cat out because he might invade Poland.😬😬 pic.twitter.com/yvxmeftFda

Our President and Founder Becky Robinson(@feralbecky) denounced the classification of cats as an invasive species by the Polish Academy of Sciences Institute of Nature Conservation.

This author does agree that before humans point a finger at cats, they should point it at themselves! But coming back to the topic of domestic cats -

Why are cats being called invasive alien species? The institute released a full Q&A on the issue due to the controversy. It explained that cats were categorised as "invasive alien species" because the Felis catus (their scientific name) was brought to Europe through human intervention. And over the years, scientific communities have observed that domestic cats have a "negative influence" on native biodiversity.

What are invasive alien species? According to the Convention on Biological Diversity, invasive alien species are "plants, animals, pathogens and other organisms that are non-native to an ecosystem, and which may cause economic or environmental harm or adversely affect human health. They adversely impact biodiversity, including decline or elimination of native species through competition, predation, or transmission of pathogens".

Animals are often introduced to non-native areas due to unnatural causes involving human activity, be it building dams, bridges or transporting them directly.

On the other hand, alien species are also brought to a non-native area by human intervention but they are not invasive and they don't have a negative impact on the fragile biodiversity.

What does it mean for cats of Poland? The uproar has mostly resulted in misplaced notions that the categorisation calls for mass culling of the felines. That is NOT the case. The Polish Institute of Nature Conversation only recommended that cat owners should limit the time allowed for their pet cats to roam outside freely.

Please #boycott everyone who is unkind to #cats. We know that now includes #Poland since they have called cats an invasive species. Thank you, @feralbecky for alerting us to this. We will NOT travel to Poland until/unless this changes. #rescuecats #rescue #cats

Poland's decision is in line with the European Union guidelines on the classification of such animals. Europe bans the importing, breeding, selling, or owning of some animals recognised as invasive alien species. It also allows the respective governments of European countries to take measures to eliminate the species or prevent its expansion. It is not yet clear, whether Poland plans on taking "action" against domestic cats or whether owning a cat will become difficult in the country.

Polish scientists are not the only ones to have categorised domestic cats as invasive alien species. Conservationists around the world have observed the negative impact of stray cats on the local biodiversity as well as on humans. Researchers say cats are responsible for 61% of rabies cases among domestic animals. Unvaccinated, outdoor cats transmit a range of diseases to humans causing birth defects, behavioral disorders, and other consequences in humans.

We often don't think much about culling other invasive alien species like some types of rats or cockroaches that are less good-looking. But when it comes to cats, the whole world gasps in horror at the mention of getting rid of them. So, the best thing to do is to keep cats as indoor pets and control the population of stray cats. 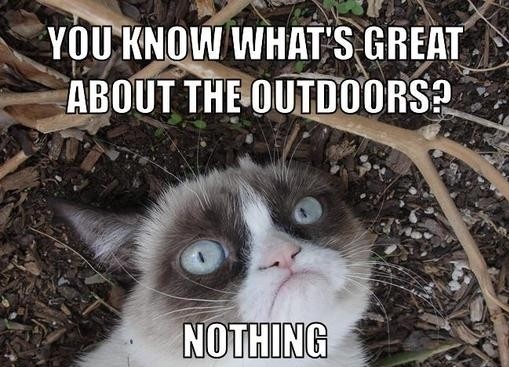