What led to the Indonesia football stadium stampede which killed 125

The stampede is one of the worst stadium disasters ever. (Photo: AFP)

In one of the worst stadium disasters ever, 125 people were killed and more than 320 injured due to a stampede in a football stadium in Indonesia.

The incident happened when police used tear gas to disperse agitated supporters of the losing home side who had invaded the pitch of Kanjuruhan stadium in Malang, East Java, on Saturday (October 1) night.

Video footage from local news channels showed fans streaming onto the pitch after Arema FC lost 3-2 to Persebaya Surabaya, followed by scuffles, clouds of tear gas and unconscious fans being carried out of the venue, reported Reuters.

Indonesia is scheduled to host the FIFA Under-20 World Cup in May and June next year.

What led to the incident: It all started after Persebaya Surabaya defeated Arema Malang 3-2 in Malang city. As Persebaya fans were banned to avoid brawl, all the spectators in the stadium, around 42,000, were Arema’s supporters.

Can police use tear gas in football stadiums? World football's governing body FIFA has clearly specified in its safety regulations that no firearms or crowd control gas should be carried or used by stewards or police inside a football stadium.

Police's response: "It had gotten anarchic. They started attacking officers, they damaged cars," region's police chief Nico Afinta told reporters. “We had already done a preventive action before finally firing the tear gas as fans began to attack the police,” he said.

League suspended: Indonesia’s football association PSSI has suspended the football league Liga 1 indefinitely and has banned Arema from hosting matches for the remainder of the season.

In another such incident, in 1989, 97 Liverpool fans attending the club's FA Cup semi-final against Nottingham Forest died when an overcrowded and fenced-in enclosure collapsed at the Hillsborough Stadium in Sheffield.

FIFA's response: “The football world is in a state of shock following the tragic incidents that have taken place in Indonesia at the end of the match between Arema FC and Persebaya Surabaya at the Kanjuruhan Stadium," FIFA President Gianni Infantino said.

FIFA has requested a report on the incident from PSSI, which has sent a team to Malang to investigate. 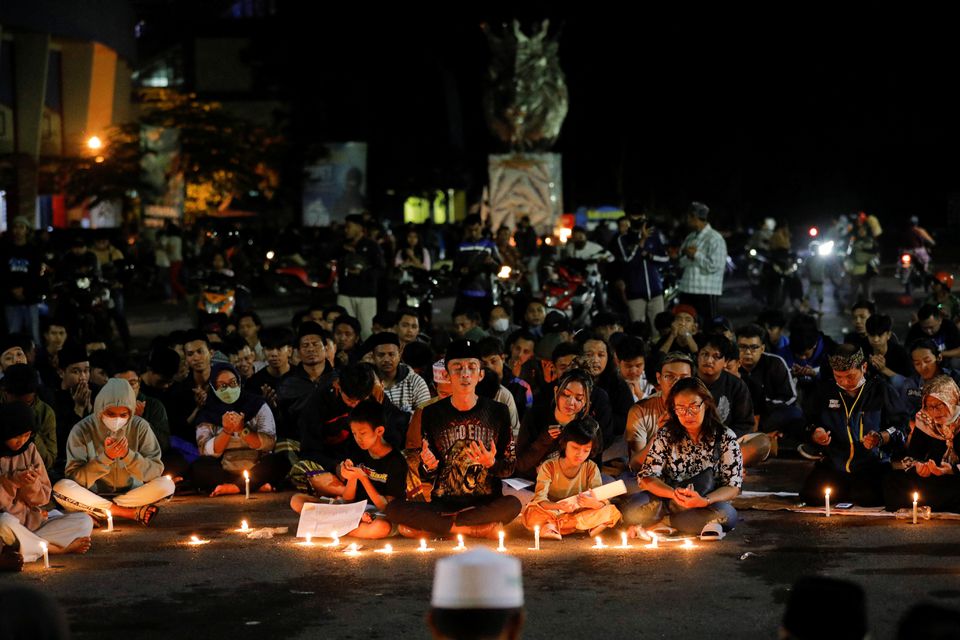 What is the government doing? Indonesian President Joko Widodo has ordered a thorough investigation into the deaths. Widodo said he hoped “this tragedy will be the last tragedy of football in Indonesia.”

Financial aid would be given to the injured and the families of victims, East Java Governor Khofifah Indar Parawansa told reporters. Zainudin Amali, Indonesia's Sports Minister, told KompasTV that the ministry would re-evaluate safety at football matches.