Society of Indian Automobiles complains about shifting to Bharat Stage VI norms. But the switch is absolutely worth it

Are losses incurred by automakers worth more than our lungs?

While India’s air rapidly becomes a choke chamber, the primary concern of the Society of Indian Automobiles (SIAM) seems to be that they risk facing huge losses owing to the Supreme Court mandate on October 24.

Last Thursday, the Supreme Court had issued a directive that only vehicles compliant with the Bharat Stage VI emission standards would be allowed to be sold from April 1, 2020. The judgment underlined the right of citizens to clean air would take precedence over the wishes of automobile manufacturers to make “a little more money”. 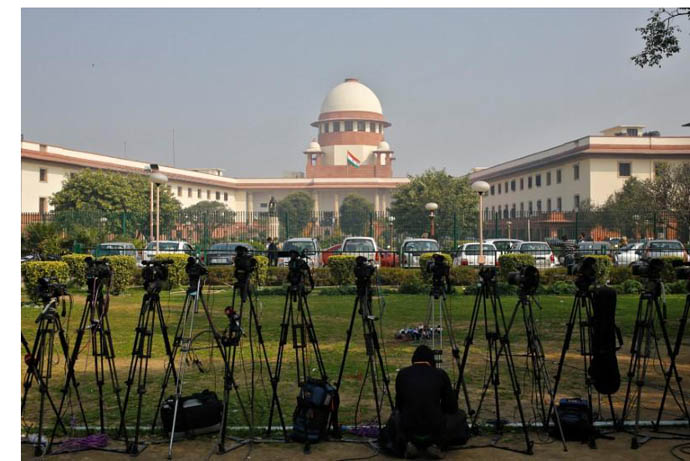 Only BS-VI vehicles shall be sold across the country from April 1, 2020. The Bharat Stage Emission Standards (BSES) are instituted by the government to regulate output of air pollutants from motor vehicles. The move to phase out BS-IV and promote the use of clean fuel is aimed at lowering the alarming levels of air pollution in Delhi — one of the world's most polluted megacities.

The court quoted some vehicle manufacturers who have committed that they would bring Bharat Stage VI compliant vehicles well before the March 31, 2020 deadline.

Rapping the knuckles of those resisting the switch, the apex court said that manufacturers were not willing to comply with the deadline “not because they do not have the technology but because the use of technology will lead to increase in the cost of the vehicles which may lead to reduction in sales of the vehicles and ultimately their profits.”

The court referred to the WHO database which said that Gwalior, Allahabad, Raipur, Delhi, Ludhiana, Khanna, Varanasi and Patna were among the most polluted cities in the world. “Automobile manufacturers must behave responsibly. We expected that keeping in view our earlier order, they would have themselves volunteered to be BS -­VI compliant by March 31, 2020,” the Bench of Justices Madan Lokur, S Abdul Nazeer and Deepak Gupta, said.

Delhi is the first city in the country to advance from BS-IV grade fuel to BS-VI.

The national capital region, comprising Noida, Ghaziabad, Gurgaon and Faridabad, will switch over to BS-VI grade fuel from January 1, 2019 — as will 13 major cities, including Mumbai, Chennai, Bengaluru, Hyderabad and Pune. The rest of the country will follow from April 2020. India's choke chamber, Delhi, is the first city to progress from BS-IV to BS-VI. (Photo: Reuters)

Society of Indian Automobile Manufacturers (SIAM) is not too happy with the directive. Their contention is that there is a huge stock of vehicles left to be sold to the market that are BS-III compliant and as per the latest SC decision, they won’t be able to do so now.

In a statement, SIAM President Rajan Wadhera said that while they were bound to honour the Supreme Court verdict, the order would pose a "huge challenge" for the industry as a whole.

“The government had provided a clear window of three months for registering the small number of fully built vehicles and six months for bus/truck chassis which may remain unsold with the dealer/manufacturer post April 1, 2020, after considering all aspects of the matter. However, the ongoing debate at the Supreme Court had created a huge ambiguity leading to policy uncertainty. While the verdict reads down a clear Gazette Notification issued by Government, it also puts to rest the big ambiguity haunting the industry for so long," Wadhera said.

While presenting their arguments in the apex court, SIAM had contended that the automobile companies were holding stocks of around 8.24 lakh unsold BS-III vehicles including around 96,000 commercial vehicles, over 6 lakh two-wheelers and around 40,000 three-wheelers. This translates into huge stocks of vehicles left to be sold in the market that cannot be sold anymore — and losses worth thousands of crore rupees.

However, SIAM has been given enough time for the transition.

Back in 2016, the Centre had announced that the country would skip BS-V norms and adopt BS-VI norms by 2020. Furthermore, automakers were supposed to make their models BS IV compliant by April 1, 2017. Most have been complacent in doing so. Delhi registered an AQI level of 393 on Tuesday at 11 am — the hour when the roads are clogged with vehicles. (Credit: AQI website)

Is it worth our lungs?

BS-VI grade petrol and diesel graded as "ultra-clean" fuel helps even the current generation vehicles to cut particulate emissions (PM levels) by 10 to 20 per cent. The major difference between the BS-IV and upcoming BS-VI norms is the presence of sulphur in the fuel. BS-IV fuels contain 50 parts per million (PPM) sulphur, whereas BS-VI grade fuel has only 10 PPM.

It does not stop there. The NOx (nitrogen oxides) from diesel cars — primarily responsible for respiratory disorders by formation of fine particulate matter (PM) — will be brought down by nearly 70 percent. In the case pf petrol cars, the NOx will be reduced by 25 percent.

For anyone living in the national capital region, phrases like 'PM 2.5' and 'PM 10' are as familiar as their backyards. The good news: BS VI will bring down this carcinogenic particulate matter in diesel cars by a whopping 80 percent. 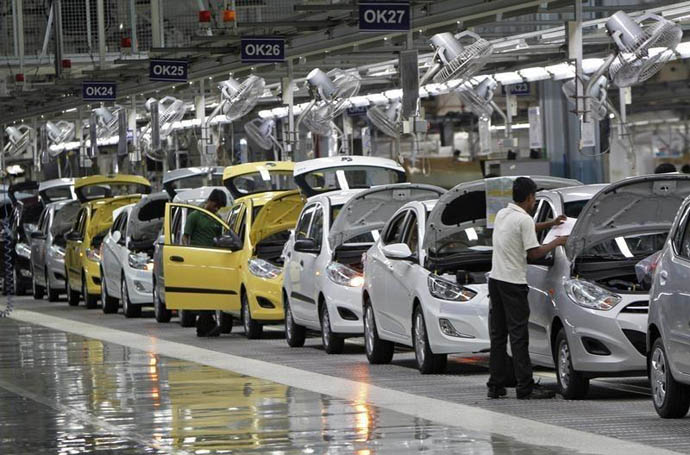 Do these cost more than our lungs? (Photo: Reuters)

Agreed, the losses would be huge and there would also be the repercussions of trying to force in a technology that should have been phased out over decades within a span of months.

But is the inconvenience now not worth the switch over from the older and lesser efficient technology? Is the money the automobile industry saves now going to buy back the lungs of the generation that will end up driving the very cars they make?