What if aliens one day land in India? A sci-fi writer asks

The history of human evolution is the history of incessant exploration. Scientific advancements owe a lot to committed men and women and the basic human urge to foray into undiscovered territories, to explore what lies beyond that mountain, that sea, that forest and that frontier. Having mapped most of this planet, mankind turned its eyes to the skies in the 20th century: a small step for man became a giant leap for mankind.

Even in the 1960s, India was ready to take up the gauntlet. Vikram Sarabhai, father of India’s space programme, said that while India couldn’t really compete with economically advanced nations in space exploration, it had to be proactive in applying space technologies for "bahujan hitaye, bahujan sukhaye". The story of ISRO's growth mirrors that of India

It was amidst this mighty forge of intellectual loftiness yet infrastructural penury that the Indian Space Research Organisation (earlier INCOSPAR) – perhaps the only space programme in the world started with civilian (and not military) applications in mind – began functioning at a Bishop’s house in Kerala. As the story goes, ISRO initially used bullock carts and bicycles to transport the satellite components.

The ISRO has come a long way since then: The story of its growth mirrors that of India. By this time next year, Chandrayaan II would be making its way to the heavens aboard a GSLV Mk II. It will be a testament to the perseverant spirit of a nation often relegated to the pejorative category of the "third world" by an elitist "space club".

Like many other countries, India’s space-faring efforts are driven not only by national prestige and commercial gain, but also by the negative factors of a bourgeoning population, pollution, scarcity of fuels, global warming, and socio-political conflicts which plague the current world order. It would not be a leap of faith to say that very soon mankind might set forth to seek out new habitats amongst the stars.

ISRO launched the Chandrayaan mission to the moon in 2008, and the Mangalyaan mission to Mars in 2013. One cannot help but draw historical parallels here. If nations keep sending their envoys into uncharted territories of the “New World”, then maybe – along the lines of the early Spanish and Portuguese imperial efforts almost five centuries ago – space might become the next geo-political and geo-economical battlefield. Secondly, and as importantly, these “new worlds” may not be entirely unpopulated, just as Latin America wasn’t when the Europeans first landed on its shores. 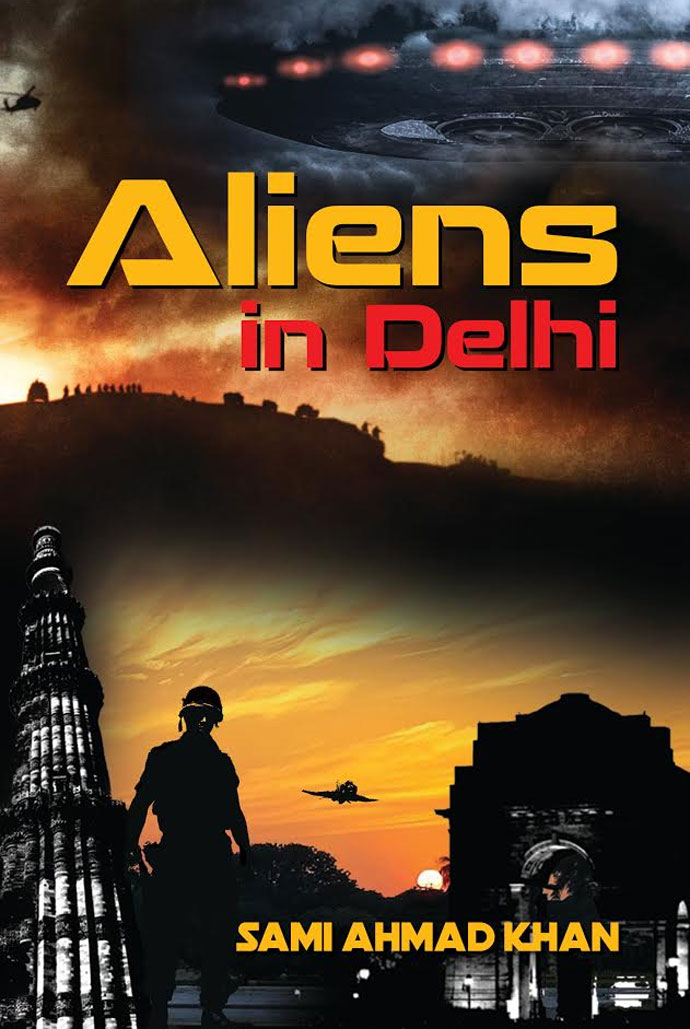 India’s distinct position, till now, has primarily been of peaceful exploration, and the ethos behind India’s space exploratory efforts is aptly summed up by our cosmonaut wing commander Rakesh Sharma.

In an interview given to the All India Radio (in 2015), he said, “This is the very first time that mankind is leaving the confines of Earth with the intention to colonise its neighbourhood. I really nurture the hope that we don’t end up exporting conflict. None of the paradigms which define us here on Earth, whether it be the borders, whether it be the way we have divided ourselves culturally or by language and religion, none of this should mar our presence in space.”

However, even if one were to assume that humanity might have learnt its lessons from the past, still, they might force earth to fight back.

I return to my earlier claim about the “natives”, and quote from Erich Von Daniken’s cult-classic Chariots of the Gods?. Daniken, after a round of calculations, concludes that “there are 18,000 planets comparatively close to Earth with conditions essential to life similar to those on our own planet. Yet we can go even further and speculate that if only one per cent of these 18,000 planets are actually inhabited, there would still be 180 left!”.

A 180 habited planets! Can we really assume we are alone in this universe? With nations regularly sending out probes and interplanetary crafts, the chances of a "first contact" between humans and extra-terrestrials are not worth ignoring – but worth preparing for.

If our space missions find a planet ready for terra-forming, well, good for us, but… what if some other planet’s Mangalyaan has already pinged us a long time ago, scanned and studied us, and finally catalogued us as an inferior species meant to be colonised like the Spanish Conquistadors exploited Latin America only a few centuries ago?

What if an alien fleet is already en route to Earth to claim our planet for their extra-terrestrial King, Country and God(s)? What if mankind becomes the natives this time? What if, to extend this analogy, nation-states of the Earth are but warring Aztec, Inca and Mayan tribes, co-habiting the same stretch of land, and utterly clueless about the technologically advanced nemesis soon to emerge out of the stars?

It was with this slightly deranged and farcical, yet statistically probable idea that my next thriller after Red Jihad was written, not only to salute ISRO’s undying spirit (in fact, the novel is dedicated to ISRO), but also to ask a question. Why do aliens always land in the US?

Is a nuclear-capable India, an emerging superpower with a population of 1.21 billion people (2011 census), not an important military target for an extra-terrestrial invasion? Hasn’t a rapidly developing India earned a place at the high table of space exploration?

After all, with great power comes great responsibility – and even greater threats. And if that happens, then how will India react to such an alien invasion in the future? Lastly, how exactly will the aliens invade Delhi, the nerve centre of our republic?

My book Aliens in Delhi, a geopolitical science fiction thriller, depicts how contemporary India responds to one such alien invasion. It revolves around three primary questions: what would India do if the seemingly harmless EM radiation emitted by mobile phones caused spontaneous genetic mutation in humans?

What if this was a result of cellular technology being corrupted by hostile extra-terrestrials to invade New Delhi, and what if Osama Bin Laden was (literally) an alien inserted on Earth to pave the way for World War III?

I intend to simultaneously familiarise – and defamiliarise – the Delhi we’re used to, using pulp SF-thriller as a narrative mode. The question simply is: are we really prepared?

Finally, I have often wondered why we don’t have the same quantitative and qualitative alien sightings in India – and the subsequent popular interest to know more about such visitors from another realm.

The answer stares us in the face.

Mythology is so sedimented in the seas of our unconscious, that varied unexplained phenomena aren’t exactly extra-terrestrial for us. They are merely non-human: bhoot, pret, chudail, djinn and pishachs etc.

Moreover, the havoc which the "others" – say, aliens – wreaked in Western discourses was caused by daityas, rakshasas et al in Indian fantasy/mythology.

Does this make Indian science fiction in English redundant? Far from it.

Things are fast changing in India. Technical education is getting to be the norm. A renewed focus on space exploration is taking India to the stars, quite literally.

Increasing literacy in the global idiom of English is giving our country a means to stay abreast of international ideas and developments. These factors, when coupled with the willingness of the Indian middle-class to experiment not only with the form and content of their entertainment, but also in modes of storytelling, lead to conditions ripe for a rather appalling, but massively entertaining eventuality: Aliens in Delhi.

Also read: [Watch] Were we visited by aliens?