Cashing in on Bitcoin: What Indians should know

As a decentralised digital currency, it affords complete anonymity during peer-to-peer transactions.

As the Bitcoin wave reaches an all-time high, questions are being raised over its promises of being a safe and secure digital currency of the future and whether it can be used for effortless peer-to-peer transactions. The cryptocurrency – and to an extent, its ilk – with its stupendous growth, has forced the Indian government and the RBI to stand up and take notice of what is increasingly being termed as "currency 2.0".

Closer to home, fears of Bitcoin acting as channel for the trade of black money or, worse, being one big Ponzi scheme have been aired in the recent weeks. But before addressing such concerns, let's rewind and understand what makes Bitcoins – and other cryptocurrencies – such sought-after financial instruments, and where they stand in the Indian context.

Why Bitcoins are good

Not the first cryptocurrency to have made its way into the wild, Bitcoins have come a long way from its humble beginnings back in 2009 when the currency's ledger was made available to the public for the first time and the creation of Bitcoins through mining began.

Over the years, multiple factors have contributed to the rise in popularity of this cryptocurrency created under the pseudonym Satoshi Nakamoto – the identity of the creator remains a mystery. The biggest being that transactions using Bitcoins are made without the involvement of a third party, thus cutting out the need for middlemen and transaction fees. Additionally, Bitcoin as a currency for the digital world also promises complete anonymity and till date remains out of the purview of government regulations.

The rise of Bitcoin

Though the digital currency has been in place for long and its advantages are for all to see, Bitcoin prices have skyrocketed in the past year. From $780 on December 12, 2016, the current exchange price (as on December 14) of a Bitcoin is hovering at a stupendous $17,000.

This growth has majorly been fuelled by more and more investors looking at ways to ride the Bitcoin wave. A gradual increase in the places where Bitcoin can be used has also contributed to its continued growth in popularity. Even though cryptocurrencies remain largely unregulated – except for Japan which, earlier in the year, passed a law to make Bitcoins a legal payment method – many banks, including Barclays, Citibank, Deutsche Bank and BNP Paribas are now looking at ways to safely invest in Bitcoins through secure financial instruments. 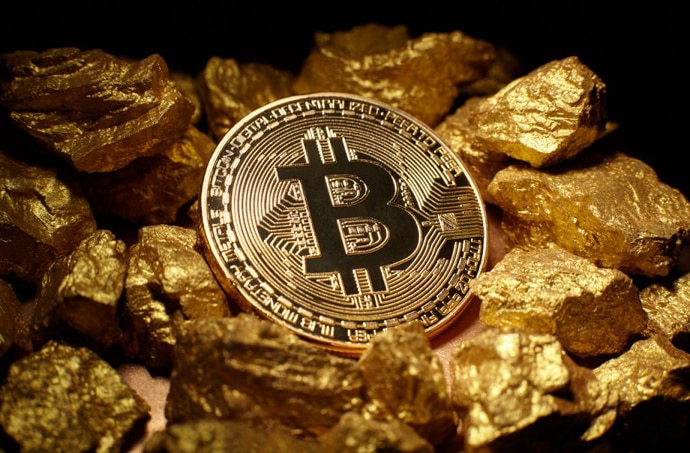 In India, Bitcoin remains an unregulated financial instrument and one that the Reserve Bank of India (RBI) itself has asked investors to steer clear of. With government bodies not regulating the exchange of the cryptocurrency in the country, in the last year or two, several portals and exchanges have come up to help people from the country trade Bitcoins.

However, despite such efforts, and Bitcoin scaling new heights this year, the cryptocurrency has still not managed to become a household name in the country. Though adopters of this currency are gradually increasing, it's still not close to being as popular as it is in many of the developed economies across the globe.

Apart from technological bottlenecks and the restricted ecosystem to support Bitcoin in the country, speculation about the Indian government's take on Bitcoins has also slightly dampened demand for the digital currency in the country.

Even if we disregard the RBI's stance on the cryptocurrency – which is in line with other big financial institutions from around the world – it's the murmurs about the government of the country clamping down on Bitcoins that are of great concern.

In a bid to curb the spread of black money, reports suggest, the Indian government is planning to set up a framework to keep tabs on thousands of Bitcoin transactions that are taking place every day in unregulated cryptocurrency exchanges across the country.

The initial steps in putting a leash on this decentralised currency in the country have already been taken. The Income-Tax department has launched surveys at exchanges operating out of Delhi, Mumbai, Pune, Bangalore and Hyderabad in what is believed to be an attempt at collecting information about those trading in Bitcoins.

If reports are to be believed, the information gathered from these surveys will be used by the department to send hefty tax bills later.

According to a report published in The Economic Times, returns from bitcoins could soon attract 20-30 per cent tax, depending on whether they are categorised as business income or capital gains. Need to be cautious

However, to say the words of caution by the RBI or attempts at regulation of Bitcoin by the government are excessive and unwarranted would be wrong. Bitcoin's framework — which allows for anonymous buying and selling of the cryptocurrency — does bring with itself a set of challenges that need to be addressed by governments across the world.

The very decentralisation – just like the Internet – and anonymity that makes the Bitcoin such a revolutionary financial instrument, not just makes it a threat for the government-regulated currencies of the world but also makes it a great conduit for the unchecked flow of illicit money that can be used for funding illegal drug trade and terror.

Then there's also the small factor of the Bitcoin – like other cryptocurrencies – being highly volatile in nature. As seen earlier, great gains can be wiped out almost overnight when it comes to Bitcoins. A case in point is the 20 per cent slump in value of Bitcoin post the diktat by the Chinese government banning the exchange of the currency in October 2017.

And that's not all: there are also concerns over nefarious elements using the Bitcoin wave to get users to sign up for e-ponzi schemes.

Despite all this, what should be remembered is that we are just entering the age of cryptocurrency, and Bitcoin, much like its more than 900-strong brotherhood, is here to stay, and become central to our lives in the coming decades.

#Cryptocurrency, #Currency, #Bitcoin, #India
The views and opinions expressed in this article are those of the authors and do not necessarily reflect the official policy or position of DailyO.in or the India Today Group. The writers are solely responsible for any claims arising out of the contents of this article.