In 'Nosedive', the first episode of the third season of Black Mirror – a popular sci-fi series on Netflix – we were introduced to an imagined dystopian universe, where society functions within the framework of a 'social ranking system'.

At the core of the system is the social score of an individual which is determined by a person's interactions with their friends, colleagues, even complete strangers as well as inanimate entities of the state.

The rating, to an extent, is very much like a person's credit score. The better the score, the greater your chances of availing a hefty loan or a higher credit limit on your credit card. However, in the episode, this social score of an individual determined not only the facilities they could avail from the state, but also determined which neighbourhood they could live in, the restaurant they could enjoy a nice meal at, the car they could drive — even the people they could interact with.

Now, for us watching the episode in India, the idea of such a dystopian universe — where each and every action of ours is under the glare of a scanner and has attached consequences to it — is, quite frankly, unthinkable. A universe so remote from reality that the only way for us to justify its existence is by describing it as the consequence of a dystopic imagination.

Yet, as facts would have it, less than 10 flight hours away, in Beijing, a universe such as this has already started taking over — one which, by 2020, is expected to engulf the wide expanse of the entire Chinese nation. 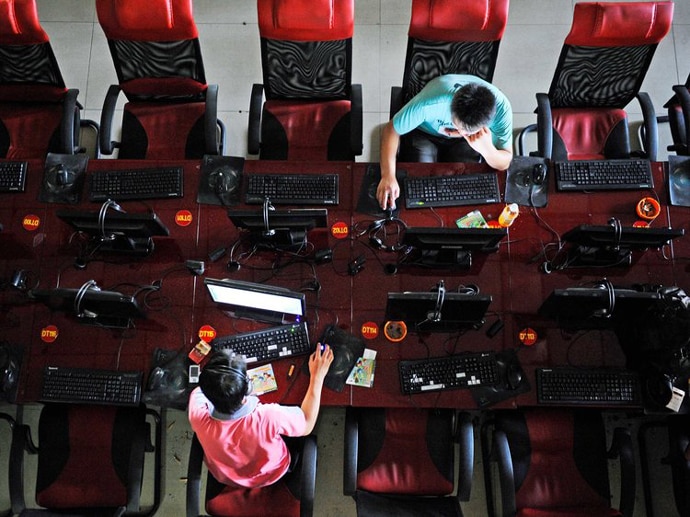 China is working towards creating a system that can monitor the behaviour of its population in real-time and rank them based on 'social credit'. (Photo: Reuters)

As part of the Xi Jinping government's larger goal to make China a world leader in Artifical Intelligence and Big Data by 2030, the state is now working towards bringing its 1.4 billion-strong population within the purview of a system that can monitor the behaviour of its population in real-time — and also rank them based on social credit.

Called 'the social credit system', the idea was first announced in 2014 and subsequently rolled out as a pilot project in some districts of China to reinforce the idea that "keeping trust is glorious and breaking trust is disgraceful," according to a government document.

The mandatory state scheme, which is already live for millions of Chinese residents, is being run in partnership between civic bodies and private tech firms, such as Huawei, China Mobile and Alibaba, who are providing the needed logistical support in the form of hardware and, more crucially, troves of personal data required by the social credit system.

As was the case in the Black Mirror episode, a person's social score is dynamic and can increase or decrease based on their actions. So, infractions such as skipping a red light, road-rage, smoking in non-smoking zones, posting fake news online or even spending too much time watching movies and playing video games can decrease the score.

On the other hand, socially appreciable actions such as charity, following the law and taking part in a blood donation drive could drive the social score of an individual up. How does the score affect citizens

As is the case with most things in China, the idea behind calculating a person's social credit score is far from innocuous. In the districts that the project is being piloted in, state authorities have already started punishing lakhs of citizens for not being model citizens.

Although there are no official figures available yet, some reports out of China claim that as many as nine million people with very low social credit scores have been blacklisted by the Chinese government from freely moving to other parts of the country by blocking them from buying domestic flights.

Many others have been blocked from traveling business class in flights or trains for minor infractions, such as riding with a ticket, loitering in front of boarding gates, etc. There have been cases of people with low scores being denied check-ins at hotels — even being denied job opportunities by employers.

As the Wired explained in an article published last year, many Chinese internet providers have also started to block people, or simply throttle their internet speeds, for low scores.

Apart from this, there have been reports that individuals who refused to carry out military service saw their social credit scores dip and as a result were barred from enrolling at universities for higher education. In some cases, even the children of people with low scores were barred from attending top-rated private schools in the country.

On the other hand, those with high scores are being given instant loans, getting better interest rates from state-owned banks and depending on how high their score is, are even getting document-free visa applications to other countries. The social credit score system allows the Chinese government to breach the privacy of its citizens in a never-before-seen way. (Photo: Reuters)

Now, in a Communist Party-ruled China, punishing people for being anything less than model citizens is not a new thing. There have been cases before where people have been blacklisted and denied government facilities because of their not-so-clean record.

But what's concerning about the 'social credit score' is just how in-depth it is. In the current form, even minor infringements are adding up to permanent blots on an individual's record that, in turn, is making the idea of them turning their life around so much more difficult.

However, what's even more worrying is the fact that under the garb of creating model citizens for a model Chinese state, the social credit score system is allowing the Chinese government to breach the privacy of its citizens in a never-before-seen way.

No amount of good thought can justify a government always keeping an eye on its citizens. (Photo: Reuters)

As it stands, for the social credit score system to succeed, the Chinese government needs to be in the know of each and every move that its 1.4 billion-strong population makes.

To achieve this, they are in the process of rolling out the world's biggest police-backed facial recognition system by 2020. A system that could theoretically act as the biggest of all Big Brothers, and identify and track any Chinese citizen at any time.

Built at enormous cost, the system is touted to provide up to 90 per cent accuracy and the speed to identify 1.4 billion citizens within three seconds. This project, along with other smaller private and government-backed ones, will help the Chinese state and the PLA create important databases for the social credit score system.

Now, while many may agree with the idea of a social credit score that punishes and rewards citizens for being good or bad, there can be little argument to support the intrusive means through which the data required by this system is being procured.

No amount of good thought can justify a government keeping a constant eye on its citizens in public space through a hidden camera's lens, or the decision to keep track of their actions online while they are in the safe confines of their homes and other personal spaces.

Yes, China has always been a surveillance state. But the way in which Chinese citizens are being subjected to surveillance in the garb of the social credit score is downright appalling — and should be met with great resistance from all free voices the world over.

Also read: It's worrying what China is doing to rule the world with artificial intelligence