How SpaceX plans to launch spacecraft to Mars by 2019

SpaceX CEO, Elon Musk, who is seemingly on a mission to change the world one rocket launch at a time, has announced plans of SpaceX shooting off its first test rocket to Mars as early as 2019. Addressing a gathering at the South by South West (SXSW) festival in Austin, Texas, the tech billionaire announced that the private aerospace player is currently planning to launch a spacecraft to Mars and return it to earth by 2019.

"I can tell you what I know currently in the case is that we are building the first ship, the first mars interplanetary ship right now... I think we’ll be able to do short flights, up and down flights, some time in the first half of next year."

Interestingly, Musk made this announcement after crashing a panel discussion of the HIT HBO TV series, Westworld. To the audience's surprise, Musk walked on stage in the last few minutes of the panel to show off a short video that he created alongside the show's producers and his friends, Jonathan Nolan and Lisa Joy.

Trailer for the next chapter in human history

Why Falcon Heavy & Starman?Life cannot just be about solving one sad problem after another. There need to be things that inspire you, that make you glad to wake up in the morning and be part of humanity. That is why we did it. We did for you. https://t.co/5STO7q4wro

During his cameo appearance on stage, Musk elaborated on his thoughts about space travel, the launch of the world's most powerful operational rocket – a mammoth 27 engine launch vehicle christened Falcon Heavy – and its now iconic payload – a 2008 Roadster carrying by a mannequin nicknamed Starman.

He also explained how the real purpose of SpaceX's ambitious mars mission is not to colonise mars by 2024, but to help humanity believe in itself and achieve greater things.

"Life cannot just be about solving one miserable problem after another; it needs to be things that inspire you... In the short-term, mars is really about getting the spaceship built... They currently don’t think it’s possible, so if we show them that it is, they’ll up their game and build interplanetary transport vehicles, as well... The genesis of SpaceX was not to create a company but really how do we get NASA’s budget to be bigger." 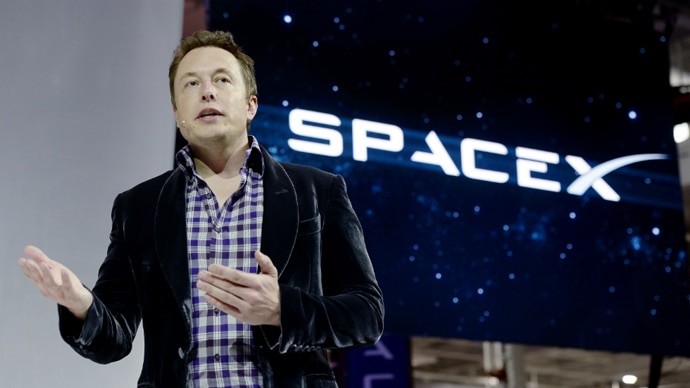 Musk, however, did not stop at the optimistic note. Moving his focus from planets and the stars, he looked inwards and spoke about what he perceives to be the greatest threat to the existence of humanity. At the panel discussing Westworld's and its theme –  ethics of developing Artificial Intelligence (AI) and the fallout of it achieving singularity – he stressed on how the biggest threat faced by humanity today is from man-made machines becoming smarter than their masters. Addressing the crowd, he spoke of the threat posed by AI and machines becoming conscious.

"I’m very close to the cutting edge in AI, and it scares the hell out of me. It’s capable of vastly more than almost anyone knows, and the rate of improvement is exponential... I think the danger of AI is much greater than the danger of nuclear warheads by a lot. Mark my words, AI is far more dangerous than nukes. If humanity collectively decides that creating digital superintelligence is the right move, then we should do so very, very carefully. This is the most important thing that we can possibly do."

Musk, who has previously warned of the threats posed by runaway artificial intelligence prophesied doom for humankind. He said, "There’s likely to be another dark age... particularly if there’s a third world war."

However, he added that faced with such doom, humanity will look towards the red planet and beyond not only for refuge but also mounting a challenge for bringing peace back to planet earth. Speaking on the issue, Musk argued that in the case of an AI apocalypse or a third world war, a thriving mars colony would stay away from the battle on earth and ensure that human civilisation survives. He also expressed hope of this human colony then coming to earth's help by bringing settlers back to earth to rebuild it.

Pretty gloomy stuff really. But as we've seen before, Musk has proven himself to be more than just a rambler and his warnings of an impending AI apocalypse or the fallout of a third world war should not be taken lightly.

Beyond Tesla, and SpaceX, Musk is also involved heavily with other projects such as Neuralink – a brain-computer interface designed to help the human brain communicate directly with machines and AI – give him a unique perspective on AI and as such his understanding of the potential and threats of the technology shouldn't be downplayed.