Will China gain leverage over Twitter with Elon Musk’s takeover?

Twitter has become a vital source of information for everyone including media professionals and the comman man. It’s as if whatever is written on Twitter is now more legitimate than any legal paperwork.

But, the world’s richest man Elon Musk has taken over Twitter. Musk is loved by many with almost a cult-like following, but also hated and questioned by some in the same measure. He is also a self-proclaimed free-speech absolutist and this was one of the main reasons for him going after the bird app. 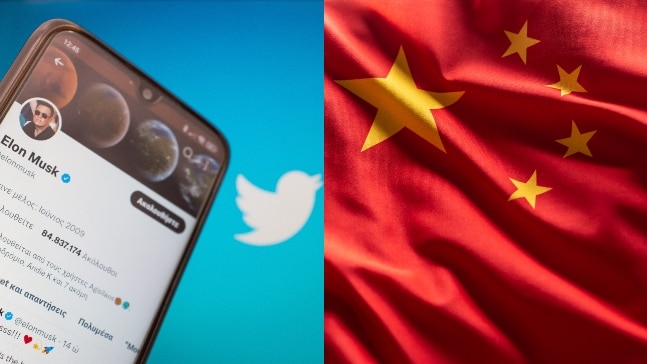 However, not everyone believes in this Twitter utopia when there are so many unanswered questions. One question of global importance is – will China have more leverage over Twitter after Musk’s takeover?

Interesting question. Did the Chinese government just gain a bit of leverage over the town square? https://t.co/jTiEnabP6T

The relationship between China and Elon Musk’s Twitter takeover may sound like a wild conspiracy theory. But when we break it down, it doesn’t sound too wild – which is bad news.

Users have been doing some research on the buyout. Elon Musk leveraged his Tesla Company for 12.5 billion. Morgan Stanley is financing it. I can not determine who the other investors are. He does not have 100% takeover power. Everyone should wait and watch before ditching

Elon Musk used Tesla's earnings call to share some strong opinions about stay-at-home orders in the US https://t.co/kr3gacmy2b $TSLA pic.twitter.com/yy0c3q90Kg

Twitter is banned in China. We don’t know if Musk will take Twitter to the Chinese population again. But currently, the CPC is very adept at using Twitter for its own goals in the rest of the world.

The only reason Chinese state-owned media outlets, their diplomats and politicians are active on Twitter, while the rest of the country is not, is to spread propaganda. Research has time and again showed how Chinese bots on Twitter are behind several misinformation campaigns.

Does it matter to India? Just as 2022 began, official Chinese state media handles shared a video showing PLA soldiers unfurling a Chinese flag in Galwan valley with instigating caption that insinuated that China did not step back from the location of the 2020 clashes with India.

However, it was later debunked that the video was shot well within China’s territory and was not even close to the site of the 2020 Galwan valley clashes.

“Never yield an inch of land.”Good morning from Galwan valley, southwest China.The first ray of sunlight of the New Year Day in 2022. pic.twitter.com/bHUPttutm4

China has also been accused of peddling Covid-19 fake news, instigating panic among people and more. Imagine what an increased Chinese influence on Twitter can mean for misinformation against India. There are already several fake Twitter accounts for this very purpose.

Yes, Elon Musk wants to defeat the bots or die trying. But China could get a free pass if it hangs Tesla like a sword to Musk’s head. Besides that, they could also go behind more domestic issues like the accounts of Uyghur genocide critics, Hong Kong activists and even international issues like that of Taiwan.

Musk’s Tesla showroom in Xinjiang is proof enough that he wouldn’t mind bending over backward for the CPC.

'BY FREE SPEECH, I SIMPLY MEAN…'

Musk, who waved around the free speech flag on April 26, 2022, when news broke of his takeover, later clarified what he means by free speech.

By “free speech”, I simply mean that which matches the law. I am against censorship that goes far beyond the law. If people want less free speech, they will ask government to pass laws to that effect.Therefore, going beyond the law is contrary to the will of the people.

“By “free speech”, I simply mean that which matches the law,” his tweet reads; the rest is gibberish at best.

So, Musk certainly would not have problems complying with autocratic government rules.

On a dark humourous note, have you come across Musk’s Chinese doppelganger yet? Superstition states that doppelgangers mean bad omen. Is this what it is then?