Fossil's GenNext smartwatches: All you need to know

Here's a quick run-down of what these smartwatches are all about.

The Fossil group, which controls a number of premium watch brands across the globe, has made its latest bid for the smartwatch market.

Though relatively new to the smartwatch space, Fossil – and its sister brands – appear to be using their expertise in the fashion space for watches to bring to consumers offerings that tech-first brands cannot offer. However, despite the clear focus on design and looks, the watches do pack in some interesting tech features with what the company claims is an attempt to provide customers an inclusive device that excels both in function and style.

We'll be reviewing the watches soon to better evaluate the claims.

For now, however, here's a quick run-down for you of what these smartwatches are all about. All about fashion and personalisation

According to the company, one of the key areas of focus while crafting the new smartwatches was design, and as such, each of the Generation 4 smartwatches comes with a distinct look that not only sets them apart from other offerings in the market but also attempts to make them fit for the lifestyle of your choice.

From Diesel's border-line flashy Full Guard, to the minimalist design of Skagen's Falster 2, with the new smartwatches, the company has attempted to cater to every kind of buyer in the premium segment of the smartwatch market.

Another interesting thing about the watches is that they support a good amount of customisation. You can change the look of your smartwatch by pairing it with new straps, and a number of exclusive dials and many faces – including social media photos.

All of the GenNext offerings by the Fossil Group are powered by Google's re-branded Wear OS platform.

The new Wear OS – and its exciting features – were announced earlier this year by Google.

With the OS onboard, the smartwatches come with support for Google's voice assistant as well as support for third-party applications that can be installed and interacted with by using the watches' touchscreen display. 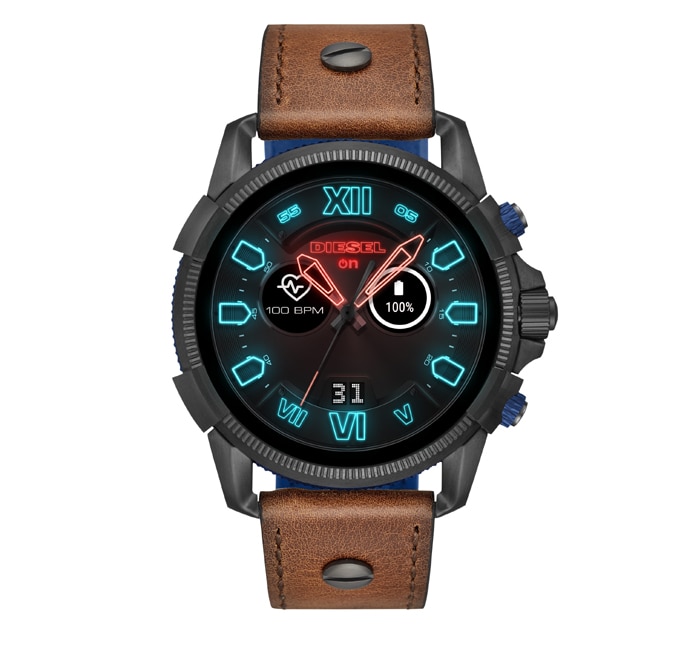 What's under the hood?

To ensure Google's Wear OS runs smoothly on the smartwatches, the company has used Qualcomm's Wear 2100 SoC to ensure there is enough horsepower to keep the smartwatch running without any issues. Fossil also claims that the presence of this energy-efficient SoC also ensures that each of the smartwatches will last a full day on an hour's charge.

The watches also come equipped with GPS sensors to ensure that users can map and track their workouts, their walks and runs without the need of a phone.

Additionally, the watches are waterproof, so users can track swim sessions, or even shower with one on without the fear of damaging it.

Apart from this, Fossil has also included Bluetooth, as well as Heart Rate, Altimeter, Accelerometer, Gyroscope and Ambient Light sensors inside the watch.

There's also a microphone for communicating with Google Assistant on the watches.

In 2018, wellness features have been a big trend for the industry — and the new smartwatches stay tuned to the trend.

As such, among other wellness features, the smartwatch also brings with it a heart rate monitor which can automatically track a user's heart rate during a logged-in exercise session and display the results on the watch face. There are also heart rate graphs which show the progress throughout a large variety of workouts and improves workout tracking experience.

Also read: Nokia 7.1 review: Beautiful looks and a great display. But will it be enough?