Wrong in every way: If his claim is true, a Chinese scientist says he could have created the world's first genetically edited babies

A Chinese researcher claims he has created the world's first genetically edited babies. Manipulating nature is the least horrific implications of the act

Remember Rajinikanth’s 2010-film Enthiran? It was dubbed and released in Hindi as Robot and in Telugu as Robo. Chitti — the robot that scientist Vaseegaran (Rajinikanth) creates — reassembles itself into a ruthless killer, creates replicas of itself and acquires the ability to reproduce with a human being, and can give birth to a preprogrammed child.

Director S Shankar’s fiction is now very close to reality — if Chinese researcher Jiankui He's claim is to be given any weight.

Jiankui He — an Associate Professor at the Southern University of Science and Technology (SUSTech) in Shenzhen, China — has claimed that he has helped make the world's first genetically edited babies. Jiankui says that he has apparently altered the DNA of twin girls born this month with a powerful new tool capable of rewriting the very blueprint of life.

He claims his goal was not to cure or prevent an inherited disease but to try to bestow a trait that few people naturally have — an ability to resist possible future infection with HIV, the AIDS virus.

However, given the lack of transparency in the entire alleged process, this could be altering anything from eye colour to IQ.

Genome editing is a process that can be most simply described as using molecular “scissors” to “cut and paste” human DNA — removing unwanted DNA and replacing it with a desirable one. If an embryo’s genome could be edited in-vitro, parents might be able to shape their offspring’s genetic inheritance, adding desirable traits as well as deleting undesirable ones. Changes made to an embryo’s genome will be passed on to future generations. The implications are many and varied.

To start with, genome editing has the potential to reduce diversity, by restricting certain conditions or traits. Imagine carbon copies of the same person with the same traits as was portrayed in Endhiran.

Next, gene-editing is not fool-proof — yet. A genetic variant that decreases the risk of one condition will occasionally increase the risk of another. In mice, a gene that protected against cancer was found unexpectedly to cause premature ageing. He's claim has come with its fair share of controversies — from the ethics of the research to its impact on the loss of diversity of the human race, to He’s own qualifications and credentials to even attempt to do so.

To start with the last point — He’s profile in the SUSTech website says that “He is a faculty member of Biology Department. Trained as a physicist, his major interest is in the reading and writing the human genome.”

If someone “interested” in reading and writing the human genome is allowed to alter human genetics, then, by that logic, I should have the right to decide on the world’s plans for wildlife because I am interested in wildlife and its conservation.

Also, He earned his PhD in physics at Rice University, after which he became the first teacher to teach in the Biology Department of SUSTech.

“I am not a professor in the traditional sense. I prefer to be a research-type enterpriser. Shenzhen’s generosity in encouraging startups, especially the vigorousness of venture capitalists, which is comparable with Silicon Valley, is the main reason that attracts me,” He is quoted saying to the Shenzhen Daily newspaper in an interview in 2017.

Meanwhile, Associated Press’s article says that He took part in the work in China as this kind of gene editing is banned in the United States because of the potential hazards involved for future generations.

There is no independent confirmation of He’s claim — it has not been published in a journal, where it would be vetted by other experts. He revealed the alleged research findings on Monday in Hong Kong to one of the organisers of the Second International Summit on Human Genome Editing — an international conference set to begin on Tuesday. He claims that he “feels a strong responsibility that it’s not just to make a first, but also make it an example. Society will decide what to do next” in terms of allowing or forbidding such science. He adds that he had “practised editing mice, monkey and human embryos in the lab for several years and has applied for patents on (the) methods.”

It seems a bit too much of a coincidence that He's research comes a day before the big conference. Further, he reportedly gave official notice of his work on November 8, 2018, to the Chinese Clinical Trial Registry (ChiCTR) — long after he claims to have he started his research.

He also sought and received approval for his project from Shenzhen Harmonicare Women’s and Children’s Hospital — which is not one of the four hospitals that He said provided embryos for his research or the pregnancy attempts.

Michael Deem — the US scientist who worked with him on this project after He returned to China — was a physics professor. Deem was also He’s adviser at Rice in Houston. Deem also holds what he called "a small stake" in (and is on the scientific advisory boards of) He's two companies. One of those companies listed on He’s Linkedin profile — Direct Genomics — has the following description — "We believe the genome sequencing is the most powerful technology of the 21st century. By sequencing the millions of individuals, the big data of personal DNA information can bring us closer to collectively change the world for the better."

Both men are physics experts — with no experience of running human clinical trials. This raises a big question mark on their credentials to attempt to alter the building blocks of the human race. 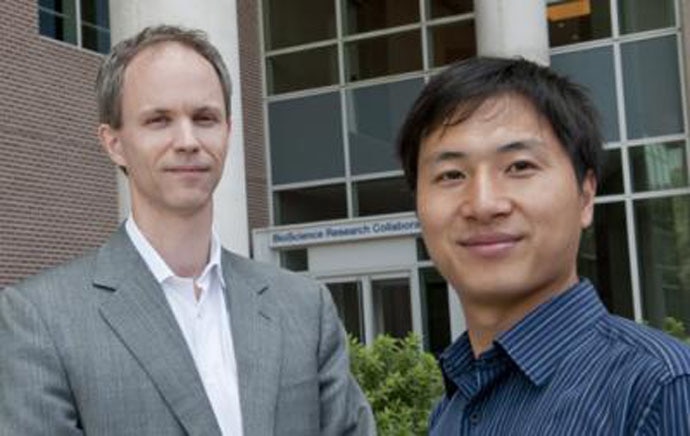 Next is the issue of consent of those involved in the experiment. According to the Associated Press, it is unclear whether the participants (the parents, in this case) fully understood the purpose and potential risks and benefits. For example, consent forms called the project an "AIDS vaccine development" program.

Deem says he worked with He on vaccine research at Rice University and considers the gene editing similar to a vaccine.

Further, participants were not told in advance that they might not have a chance to try what they signed up for once a “first” was achieved, He acknowledged. Free fertility treatment was part of the deal they were offered.

Further, is it sufficient to obtain the consent of the parents for the gene editing — because the patients affected by the edits are the embryo and future generations?

While some may argue that parents already make many decisions that affect their future children, bioethicists worry about the possibility of obtaining truly “informed” consent from prospective parents since the risks and side-effects of germline therapy are still unknown.

In this case, several scientists reviewed materials that He provided to the AP and said tests so far are insufficient to say the editing worked or to rule out harm. They also noted evidence that the editing was incomplete and that at least one twin appears to be a patchwork of cells with various changes.

As with any other new technology, there is concern that genome editing will only be accessible to the wealthy and will increase existing disparities in access to health care and other interventions. Bioethicists worry that the gene editing could create classes of individuals defined by the quality of their engineered genome.

Behind this research apparently lies some intrepid thinking about how evolution can be shaped by science. He's scientific ambitions appear to be in line with prevailing social attitudes in China — including the idea that the larger communal good transcends individual ethics, even international guidelines.

Gene editing requires extensive debate regarding the ethics, the potential risks involved, transparency and the need to go ahead with it.

Ill-equipped researchers like Jiankui He reportedly being allowed to play with the very building blocks of nature — ostensibly to create a ‘healthy’ gene pool — should be treated with extreme caution. We need to check how much we can meddle with nature. Else, nature’s retaliation as a repercussion of our meddling might not even be something we envisaged or have the power to withstand.

Also read: AI can create fake fingerprint scans: Why we should be scared