Indian railways website was hacked by a Pakistani: How do you fight a silent cyber war?

One minute a person could be solving algebraic equations as part of their homework, the other they could be hacking into a foreign government’s website.

The silent cyber wars of the 21st century are brewed inside homes, initiated by civilians and won by intellect, not instruments of destruction. This newfound method - through which victory is calculated using hacks - has given birth to a fresh range of soldiers - to be one all you need is an internet connection and a pinch of patriotism. 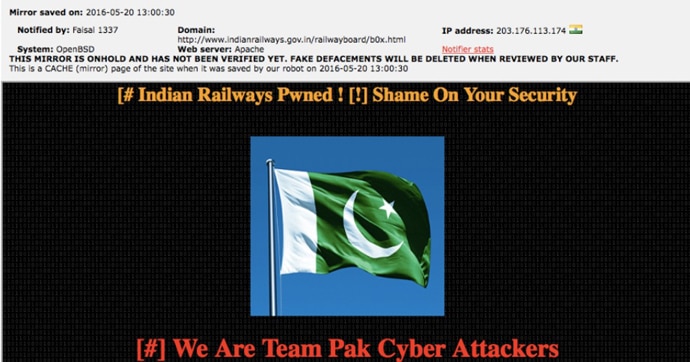 In this brand new warfare, this is what an attack looks like. The Indian railways website was supposedly hacked by a Pakistani hacker, codename Faisal 1337. Although the page has since been taken down by the Indian Railways, a mirror can be found here. Although some who instrument such attacks on India’s government and civilian websites are adults, the majority of the individuals who formulate these attacks are teenagers, aged between 13-19, 25 per cent of them being female.

Hatred is common on both grounds and young minds occasionally find themselves performing such tasks to accumulate attention and elevate social class.Promoting accomplishments is frequent through social networking websites such as ask.fm.

One minute a person could be solving algebraic equations as part of their homework, the other they could be hacking into a foreign government’s website.

According to a source - an active member of PakXploiters - the objective for hacking government/civilian websites is to “spread the message about problems people are facing in India and Kashmir”. 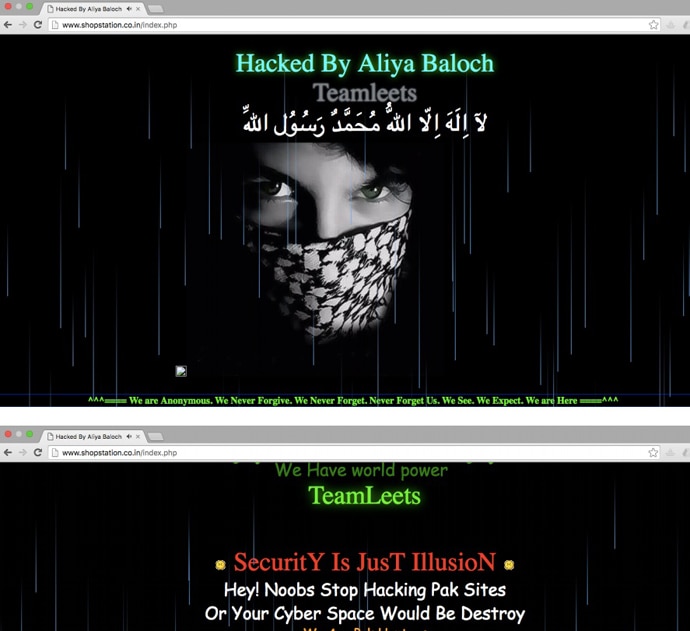 Although the primary goal is to bring to light the problems people in Kashmir experience, a secondary goal also exists. As my source opened up, he revealed that specific hacker groups occasionally extract government data.

When I inquired what kind of data was usually attempted to be acquired, he said: “Useful data… data containing information related to Pakistan and Kashmir”. He refused to state what happened to the data after it was extracted.

Government websites are tricky to hack into. Consequently, civilian website are targeted. Hacker groups combine and sometimes work in synergy. The success of a hacker group is determined by the number of websites it has hacked, some have thousands in their portfolio while some have hundreds as they move up the hierarchy.

The secondary aim for hacking civilian websites is to “practice skills” and in some cases, give Indian hackers the opportunity to “update their skills”. My source also went on to state that 60 per cent of all Indian websites are vulnerable to such attacks.

Have a look at a list of such websites here.

Post your comment
#Data theft, #Pakistan, #Hacking
The views and opinions expressed in this article are those of the authors and do not necessarily reflect the official policy or position of DailyO.in or the India Today Group. The writers are solely responsible for any claims arising out of the contents of this article.