For ISRO, this could be considered more as a revenue generating activity, and it is expected that this commercial launch possibly has added a few hundreds of crores to the ISRO’s kitty. 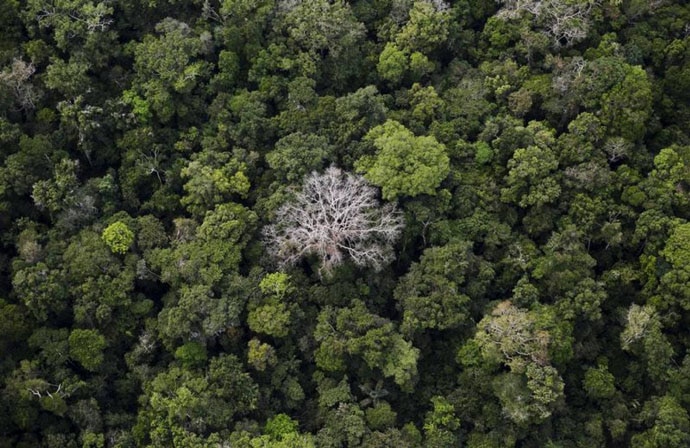 The satellites will help with forest mapping, land use and ice-cover monitoring, flood and disaster monitoring. (Photo: Reuters/file)

Such launches have been carried out for the states like Italy, Israel, France and Singapore. A broad analysis of all satellites launched on commercial basis so far indicates that India has provided this service to countries in various parts of the world —from Germany, France, UK, Belgium, Italy, Austria and Denmark in Europe to UAE, Kazakhstan,Turkey and Algeria in West Asia and adjoining regions to South East Asian states like Japan, South Korea, Singapore and Indonesia, to North American nations like the USA and Canada.

It is important to look at India’s collaboration with these states not only from a commercial point of view, but also note the larger geostrategic significance to it.

The most obvious question, which gets asked often, is why these states are getting attracted to ISRO for collaboration.

It is important to note that hardly 10-odd countries in the world have capabilities to launch satellites in space. Obviously, other countries need to depend on these for the launch of their satellites. Also, among these ten states are countries like North Korea and Iran, which have very rudimentary launch capabilities, and are also politically untouchable.

At present, the sensible options for hiring launch services are the European Union, USA, Russia, Japan and China. India is more of an emerging player in this market, but is increasingly getting more attention, because it has the most reliable and cost-effective launch facilities.

The Polar Satellite Launch Vehicle (PSLV) system is considered one of the most reliable launchers in the world. Now, ISRO is proposing to engage private players to sublet their launch services, which would allow it to concreate more on research aspects.

Over the years, ISRO has gained an impeccable reputation globally, and it is interesting to note that even countries that can launch their own satellites — USA, Japan, France and Israel— are opting for ISRO’s launcher. The Polar Satellite Launch Vehicle (PSLV) system is considered one of the most reliable launchers in the world. (Photo: ISRO)

Soft power rests on the capability to shape the preferences of others. It involves much more than merely influencing others — it involves the ability to launch a charm offensive. This normally leads to acquiescence. Today, there are many countries in the world that are ‘in awe’ of ISRO’s achievements. We have attracted a lot of global attention with the successful missions to the moon and Mars, and other record-making missions such as launching of 104 satellites in one go.

Today, India is getting recognised as a major player in the space domain. Unfortunately, India’s South Asian neighbours have till date not looked favourably towards India in the domain, and remain dependent on Europe and China. Even their participation in the South Asian satellite programme has become a reality only after much cajoling. ISRO has attracted global attention with missions such as launching 104 satellites in one go, which it did in February 2017. (Photo: PTI)

For decades, this technology has affected the formulation of socioeconomic agenda of various counties, such as India. It has also made a significant impact on the most important traditional component of hard power —the military.

Today, ISRO is playing a key role of connecting continents and people via its satellite launch business model. From education to mobile telephony/communications and navigation to business, the footprint of ISRO is becoming all pervasive.

Also read: How we can take science to more people