The messaging app is likely to become a sinister clone of its former self.

Barely weeks after being accused of facilitating a massive data breach involving as many as 250 million users, Facebook's under-fire CEO Mark Zuckerberg, in the wee hours of Wednesday, took the stage to deliver the keynote presentation at the company's annual F8 developer conference.

Despite Facebook continuing to be under the scanner for allegedly helping UK-based voter profiling firm Cambridge Analytica influence the 2016 US Presidential elections, the Brexit referendum and even the Assembly polls in Bihar in 2010, Zuckerberg — on the first day of the conference — chose to not talk about the ongoing issues, and instead made a pitch for the future.

However, this year's conference did not see Facebook's CEO talk up futuristic technologies such as Augmented and Virtual Reality as he did last year, but rather focus on refining the social media platform and its other products. Though Facebook itself is slated to get a number of major upgrades, it is WhatsApp that is arguably facing a massive revamp. The instant messaging platform, which has more than 1.3 billion users, is getting several new updates including stickers and business-focused app features. The messaging platform will also be adding group video calls in the coming months.

The new features were announced by WhatsApp director Mubarik Imam who, during the presentation, did not divulge too many details about how group video calls will work, but it is believed the feature will allow up to four people to be part of the call at the same time.

With the Stickers feature already available on other messaging apps like Facebook Messenger, Line and WeChat, WhatsApp may emulate the success of the Status feature, which has already clocked 450 million daily active users — more than double of the Snapchat Stories feature, from where it was originally copied.

But stickers and video calling features aren't all that its parent company Facebook has planned for WhatsApp. Speaking to CNBC, Facebook's vice president of messaging products, David Marcus, revealed that in the coming days, the company plans to open up WhatsApp to advertisers.

"As far as advertising is concerned, we're definitely getting WhatsApp more open... We're now going to have the ability to enable larger companies, not only small businesses, to integrate a new API [application programming interface] to send and receive messages with people on the Whatsapp platform."

However, the idea to open up WhatsApp for advertisers and to convert it into a steady revenue stream for Facebook Inc is not new. The move comes shortly after Facebook announced a separate WhatsApp application for small businesses early in January 2018. The application was aimed at helping businesses connect better with customers and making it more convenient for users to chat with businesses that matter to them.

Likely to reap rich financial dividends for Facebook, the move has not gone down well with those associated with WhatsApp from its early days. WhatsApp co-founder and chief executive officer Jan Koum confirmed in a Facebook post on Monday that he was leaving the company.

Washington Post has claimed that Koum is exiting the company after "clashing with Facebook" over its strategy for the messaging application that involves attempts to use WhatsApp's personal data to benefit advertisers.

Having grown up in the Soviet Union in the 1980s, Koum has always been an advocate of data privacy and in the past has openly spoken about his distaste for advertising.

In a blog post published in 2012, he even borrowed lines from the cult classic Fight Club to explain why WhatsApp doesn't sell ads. "Advertising has us chasing cars and clothes, working jobs we hate so we can buy shit we don’t need."

Even after selling WhatsApp to Facebook in 2014, he had clarified that the messaging application "cared deeply" for its users and the privacy of their data. 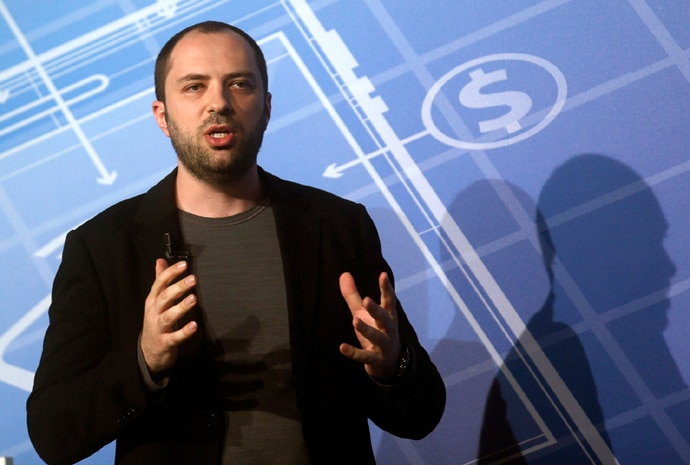 Explaining this in another blog post in 2014, he said: "Respect for your privacy is coded into our DNA, and we built WhatsApp around the goal of knowing as little about you as possible: You don't have to give us your name and we don't ask for your email address... None of that data has ever been collected and stored by WhatsApp, and we really have no plans to change that."

However, today, WhatsApp seems to be breaking the promises that Koum once made.

Though Koum has not specified the exact reason behind his departure, the circumstances around his exit are a clear indication of the growing problems at WhatsApp. The decision coming close in the heels of the Facebook-Cambridge Analytica scandal has also exposed as shallow Mark Zuckerberg's promises of safeguarding the personal data of more than two billion users.

But amid all the confusion, one fact is clear: with Koum out of the way, this popular application, once founded on the ideas of privacy and data security, now faces a future where it could be morphed into an ugly clone of its former self.

#WhatsApp, #Jan Koum, #Mark Zuckerberg, #Ads
The views and opinions expressed in this article are those of the authors and do not necessarily reflect the official policy or position of DailyO.in or the India Today Group. The writers are solely responsible for any claims arising out of the contents of this article.