How money is driving the medical technology business in the country

Documents clearly show that the medical technology industry driven solely by profits does not care about patient welfare or national regulations wherever they exist.

The unearthing of documents relating to medical implants industry and its web across the globe, including India, has sent shock waves in many circles. The documents clearly show that medical technology industry, driven solely by profits, does not care about patient welfare or national regulations wherever they exist.

And in this drive, hospitals, medical specialists, and industry middlemen play a key role. In many cases, internal documents of the industry have confirmed what was already known or feared about this business for a long time, while several new revelations show that companies have compromised patient safety by continuing to push faulty implants and medical devices. The most glaring is the near absence of regulation for medical implants used so widely.

Regulators in the US, Europe, and Canada have responded to the revelations and have assured patients. The authorities in Canada, for instance, have proposed a plan to strengthen processes for pre-market approval of medical devices and boost postmarket surveillance.

The US Food and Drug Administration (FDA) has a robust system of collecting information about "adverse events" relating to medical devices. In the past one decade, it collected some 5.4 million such reports including 1.7 million reports of injuries and 83,000 deaths. 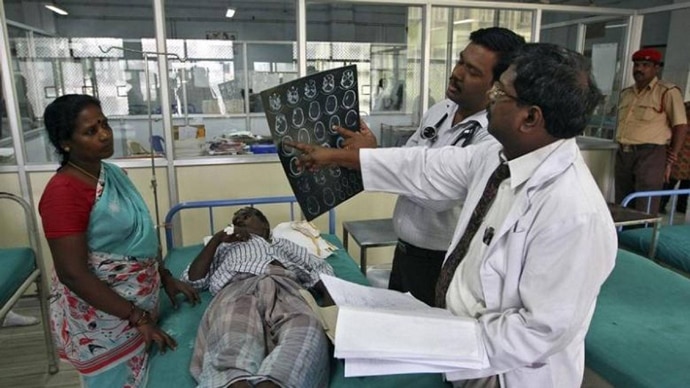 Does the medical technology industry, driven solely by profits, does not care about patient welfare or national regulations wherever they exist. (Photo: PTI)

On the other hand, there has been no response from the health ministry or drug regulatory authorities in India so far. In fact, the regulation of medical devices and implants is very weak in India. For several years, the industry has been dodging proposals to bring it under an overarching law similar to the one governing drugs. All we have is a set of rules in the name of regulating medical devices. Post-marketing surveillance is pathetic. There is a mechanism to collect data about ‘adverse events’ but the data is sparse and not every mishap is reported.

The system has no transparency at all. Many patients who got devices implanted in their bodies never knew that such devices had been red-flagged by regulators elsewhere. For an industry projected to be worth 6 billion dollars by 2022, such meek regulation is surprising. Given the fact that devices business is an organised industry, and most devices are sold to hospitals, it would be very easy for any regulator to keep an account of every device sold and track the same.

It has also emerged that some device manufacturers have been bribing doctors with gifts and other freebies. The food chain of this device industry includes individual doctors and surgeons, hospitals and healthcare chains, medical professional bodies, industry lobbies, and other players like PR agencies. At every stage, there is room for manoeuvering and corruption. There are other ways of influencing too. Thousands of doctors and healthcare professionals are routinely ‘trained’ by medical technology and device manufacturers, which amounts to direct marketing of their products.

Instead of the ‘benign neglect’ approach adopted towards the medical devices industry so far, the government must work out a robust, transparent, and efficient regulatory framework for this industry. The objective of such a framework should be patient safety and welfare, not industry profits.

#Doctors, #Business, #Medical technology
The views and opinions expressed in this article are those of the authors and do not necessarily reflect the official policy or position of DailyO.in or the India Today Group. The writers are solely responsible for any claims arising out of the contents of this article.