The Rs 1,600 crore project, Theni Neutrino Observatory, is being held up because of propaganda unleashed by political parties and other vested interests.

The situation is coming to a boil in some parts of Tamil Nadu. Political parties are organising protest marches and some followers are taking extreme steps like attempting self-immolation. The reference here is not the protests following the Supreme Court judgment on the Cauvery issue, but protests against one of India’s most ambitious science projects proposed to be built in the West Bodi hills in Tamil Nadu’s Theni district.

The Rs 1,600 crore project involves the construction of an underground laboratory called India-based Neutrino Observatory (INO). It has been recently granted environmental clearance by the Union government, after five years of wrangling with the Centre and the state government and the National Green Tribunal.

Delays apart, what’s surprising is the propaganda against the project unleashed by state political parties and other vested interests. They are spreading rumours that the lab will be used for burying nuclear waste and making nuclear weapons.

But, the fact is that the project has nothing to do with nuclear energy or radioactive waste, and instead deals with a fundamental science subject which has won Nobel prizes.

Neutrinos are harmless particles, billions of which keep bombarding us every second. Detecting them is a scientific and technological challenge and INO will have a massive detector that can detect neutrinos naturally produced in the atmosphere.

Protests against mega-science projects are neither surprising nor unique to Theni. 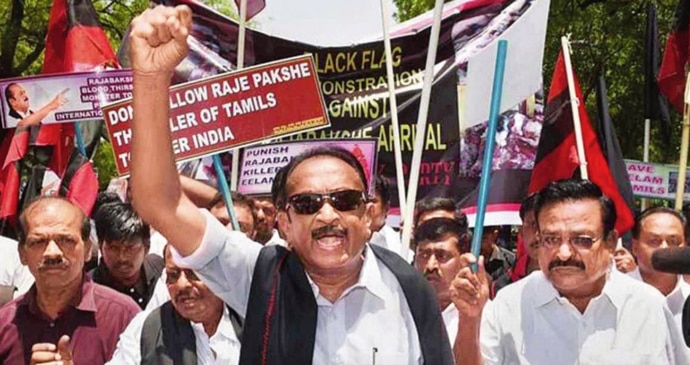 Thousands of kilometres away in Hawaii, the $1.4 billon (Rs 9,000 crore) Thirty Meter Telescope (TMT) has been stalled for years now. A group of opponents feel that the Mauna Kea mountain, where the giant telescope is to be constructed, is a sacred Native Hawaiian place and the telescope will disturb sacred sites.

It is relevant for us because India is a part of the consortium that is building TMT, with some key parts of the telescope being built in India. The lawsuits against TMT are now before the Hawaiian Supreme Court.

The mega science complex of Indian Institute of Science, ISRO and DRDO in Chitradurga district of Karnataka had faced a similar fate because of secrecy maintained by the institutions involved. India is now on the verge of embarking upon other mega-science projects like the LIGO arm, which will come up in Maharashtra.

One of the generic reasons for the situation in Theni (and elsewhere) is the information and communication gap between scientists and the society. The outreach and communication effort by scientists and funding agencies is almost absent. Local politicians and other elements take advantage of this and dish out misinformation. As it is, critical appreciation of science among people is poor.

On top of this, they are fed with conspiracy theories like the ones floating in Theni. Scientists and agencies involved in projects wake up only when protests begin or PILs are filed. In order to gain the trust of people, scientific institutions and agencies will have to work hard, engage with people and the society all the time, and not just when projects are stalled.

Theni is a wake-up call for everyone concerned.

Also read: How much does Facebook know about you?

Post your comment
#National Green Tribunal, #Radioactive, #Nuclear, #Theni
The views and opinions expressed in this article are those of the authors and do not necessarily reflect the official policy or position of DailyO.in or the India Today Group. The writers are solely responsible for any claims arising out of the contents of this article.