What this year's Physics Nobel laureates unravelled about the universe

This year's winners have revolutionised the theoretical as well as observational understanding of the cosmos.

The Nobel Prize in Physics 2019 was awarded to John Peebles of Princeton University, who enhanced our understanding of the structure and history of the universe. The other half went to Michel Mayor of University of Geneva, and Didier Queloz of Cambridge University for their discovery of exoplanet, a planet orbiting a solar star. In 1920, it was discovered that the universe is expanding. This led to the birth of the Big Bang theory according to which, the universe started as a mass of dense and hot particles which took four lakh years to cool down to a couple of thousand degrees Celsius. It mainly comprised hydrogen and helium atoms. As the universe expanded, visible light waves were transformed into microwaves, with wavelengths in the range of a few millimetres. These are called cosmic background microwave noise.

It was James Peebles, who had made a prediction of the presence of microwave radiation, as a signature of the events associated with early universe. This was experimentally verified by Arno Penzias and Robert Wilson in 1964, who were awarded the Nobel Prize in 1978. James Peebles also noted that the temperature of radiation offered insights into the quantity of matter created in the Big Bang and how the emission of light played a role in formation of galaxies. A major discovery was made in 1992, when the team of John Mather and George Smoot (Nobel Prize, 2006) were able to extract an image of the first rays of light associated with the Big Bang. Other discoveries led to the calculation of early temperature of the universe with high precision along with information on matter and energy in the universe.

A crucial mystery of astronomy is that the rotational speed of galaxies implies they are held together through gravitational force originating from matter, which remains invisible. This is called dark matter. Earlier, it was believed that subatomic particles called neutrinos form this dark matter, but at an empirical level, the numbers have been found to be extremely low. Peebles has attempted to resolve the mystery by proposing that heavy and slow particles of dark matter may be playing a key role in holding the galaxies together.

According to Albert Einstein's general theory of relativity, the presence of mass and energy transforms a flat space into a curved form. At a specific critical value of mass and energy, the universe remains flat. This aspect has been verified through measurement of cosmic background radiation. However, the matter responsible for this flat universe is 31 per cent of the critical value, out of which five per cent is known matter and 26 per cent is unknown or dark matter. Peebles theorised that 69 per cent of the remaining content responsible for this flatness is dark energy.

The empirical evidence of dark energy was found in 1998 in the form of accelerating expansion of the universe leading to the 2011 Nobel Prize to Saul Perlmutter, Brian Schmidt and Adam Riess. It is now widely accepted that dark energy is pushing the universe. Currently, not much is known about dark matter and dark energy other than the fact that the former is pulling the universe and the latter is pushing it.

In 1995, Michel Mayor and Didier Queloz made a startling discovery of a planet located outside our solar system which orbits a star similar to the sun. Such a planet is called an exoplanet. It revolutionised observational astronomy leading to the discovery of more than 4,000 exoplanets. The planet called 51 Pegasi b revolves around its star called 51 Pegasi, located 50 light years away from Earth. The planet is located 8 million kilometres away from its star and has a temperature of 1,000 degree Celsius. 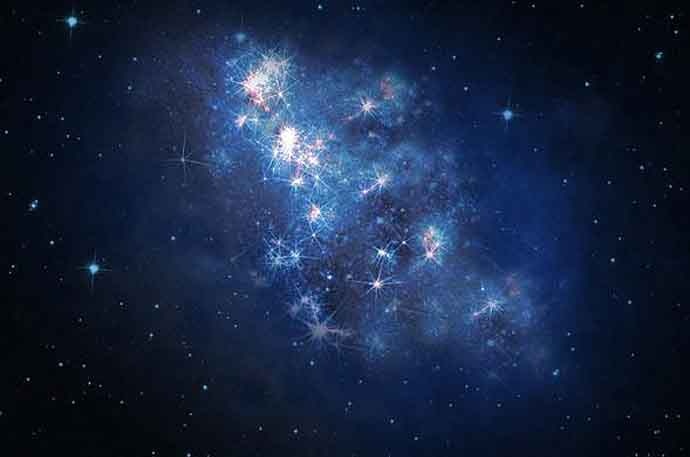 Mayor and Queloz announced their discovery at an astronomy conference in Florence, Italy, on October 6, 1995. It was the first planet proven to be orbiting a solar-type star.

The planet, 51 Pegasi b, moves rapidly around its star, 51 Pegasi, which is 50 light years away from Earth. It takes four days to complete its orbit. The star heats the planet to more than 1,000 degree Celsius. The planet was found to be a large gaseous ball comparable to Jupiter, which is 1,300 times bigger and 300 times heavier than Earth. The surprising element was that 51 Pegasi b had a small orbit of four days in comparison to Jupiter, which takes 12 years to complete one orbit. The discovery led to new theories of origin of planets on how large gaseous balls were generated at the edges of their respective solar systems, which eventually spiralled inward along the host star.

An important aspect of the discovery of exoplanets was a more refined form of measurement technique pioneered by Didier. Researchers use radial velocity method to track planets. As a planet moves around its star, its trajectory is affected by the planetary motion, which induces a change in frequency of the emitted light, which is called the Doppler Effect.

A challenge is related to measurement of the radial velocities which are extremely small. Thousands of wavelengths are recorded at the same time to increase precision. Queloz and Didier made advances in the instrumentation to increase the spectrograph's sensitivity to discover the exoplanet. Their work revolutionised astronomy as thousands of such objects were discovered along with new planetary systems.

To sum up, this year's laureates have revolutionised the theoretical as well as observational understanding of our universe which will have far reaching effects.

Also read: When a human and an android got talking

#Didier queloz, #Doppler effect, #Nobel prize in physics, #Nobel Prize
The views and opinions expressed in this article are those of the authors and do not necessarily reflect the official policy or position of DailyO.in or the India Today Group. The writers are solely responsible for any claims arising out of the contents of this article.

The writer is a postdoctoral associate at Massachusetts Institute of Technology.