Will Chandrababu Naidu's Rs 100cr award for Nobel winners do the trick?

The Andhra CM would have done greater service if he had given the money for improving science education and research.

Though there’s still a long way to go for this year’s Nobel Prizes to be announced, the award seems to be the flavour of the season in India. The Indian Science Congress session in Tirupati saw a galaxy of Nobel laureates — science, peace and economics — share their work and vision with thousands of young students and researchers.

This was followed by the Nobel Prize Series exhibition and lectures in Ahmedabad, Delhi and Bangalore, which saw nine Nobel laureates participate, including Venkatraman "Venki" Ramakrishnan, who currently heads the Royal Society. The lectures and symposia focused on broad-based themes like innovation and creative thinking, "local research, global impact".

All such outreach programmes play a vital role in inspiring young minds and help generate a discussion on science and technology in the country.

A young girl attending the science congress in Tirupati mentioned that she wanted to see what a Nobel laureate looked like, and touch a Nobel Prize winner if possible. No wonder, all the Nobel laureates in Tirupati were practically mobbed by youngsters for selfies and autographs after their lectures. 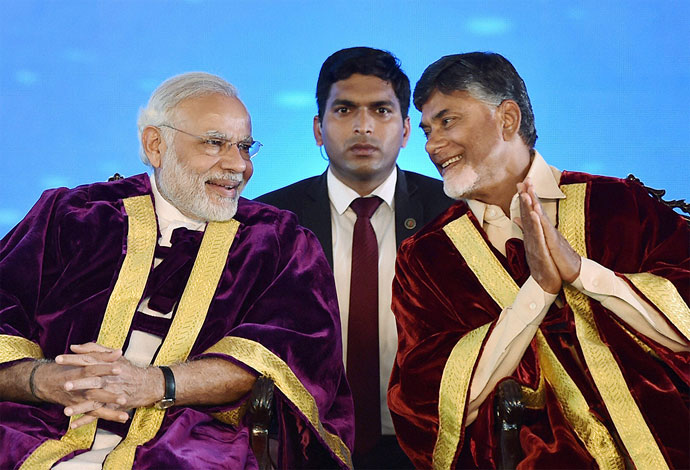 This is understandable in a country where outreach activities by top scientists and scientific institutions are limited, and which has no resident Nobel winners. But it’s not just young students who are Nobel-struck.

Politicians also get carried away by the aura of Nobel Prize, like in Tirupati, where, perhaps overwhelmed by the presence of so many laureates in his alma mater Sri Venkateswara University (which hosted the Science Congress), chief minister Chandrababu Naidu made a surprise announcement that his government would give an award of Rs 100 crore to any scientist from Andhra Pradesh who wins a Nobel Prize. It was almost like the Haryana government announcing cash prizes for medal winners in Olympics or Asian Games.

The prize is almost 10-times the Nobel Prize and several hundred times India’s topmost official award in science — the Bhatnagar Prize. Second, scientists work to achieve their goals in scientific research and not necessarily to win an award. All they need is proper infrastructure and funding for research projects.

Naidu even asked Takaaki Kajita, a Japanese Nobel laureate present on the dais, for his advice on how to win a Nobel Prize. An embarrassed Kajita simply said — “hard work".

Naidu would have done greater service if he had given the money for improving science education and research in universities and scientific institutions, instead of waiting for an Andhrite to win a Nobel.

It’s great to get Nobel winners to share their work and vision with young students, researchers and entrepreneurs, but there’s no substitute for hard work.

Also read: Why the world has always been a hard place for women scientists

#Scientific Research, #Indian Science Congress, #Nobel Prize
The views and opinions expressed in this article are those of the authors and do not necessarily reflect the official policy or position of DailyO.in or the India Today Group. The writers are solely responsible for any claims arising out of the contents of this article.