Beyond Google and Microsoft: How Indians have shaped Silicon Valley

Over the years, Indians have greatly contributed to the growth of Silicon Valley.

It is no secret that India loves Silicon Valley. Every year, tens of thousands of the country's brightest minds leave their families and loved ones behind to travel across continents, only to work in a smart part of California that, until the 1950s, was majorly known for the many radio stations that operated out of it.

Though money is a big motivation, arguably, the biggest draw for those who decide to head to sunny California is the lure of working alongside and testing yourself against the biggest names in the industry - being part of the Valley that is considered to be the tech world's innovation hub. As it stands today, arguably the two biggest tech firms in the world are headed by Indians. Microsoft's CEO, Satya Nadela, and Google's top man, Sundar Pichai, have become nothing short of household names that many, not just in India, but across the globe look up to and dream to emulate.

However, contrary to popular belief, these two aren't the only ones who broke the glass ceiling and put India on the map in Silicon Valley. Since the 1980s, geniuses such as Vinod Khosla – a man instrumental to the invention of Java programming language – have made India's presence felt in the upper echelons of the Valley. Khosla, part of the first wave of Indians to make it big in the tech world, graduated from IIT Delhi and then went on to co-found Sun Microsystems and play an important part in the formation of the Java programing language which, to date, is used as the language of choice for creating applications for both desktop and mobile computers. 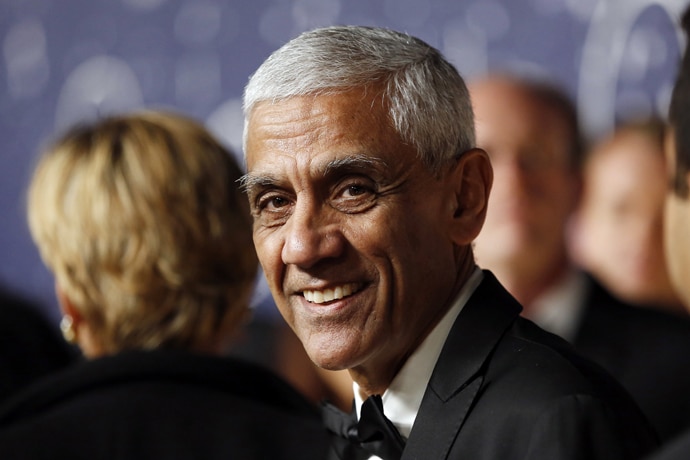 Others such as computer architect Ajay Bhatt have also contributed to Silicon Valley and, with their work, greatly influenced how we use computers even today. Bhatt, who became Intel’s chief client platform architect in the 1990s, is credited with being the father of USB standard and holds to his name 31 patents in graphics and computer architecture.

A similarly big name in the list is Vinod Dham. Born in 1950 in Pune, Dham graduated in electrical engineering from the Delhi College of Engineering is 1971 and later completed his masters degree in electrical engineering at the University of Cincinnati in 1977. Though for most us, his name doesn't ring any bells, in Silicon Valley, Dham is nothing short of a legend. "Father of the Pentiums", Dham is credited with designing the first Pentium Processor that made Intel the world’s biggest CPU chip maker.

However, Dham did not stop there,

In 1995, he quit Intel and then went to AMD where he invented the AMD K6, popularly known as the ‘Pentium Killer’. 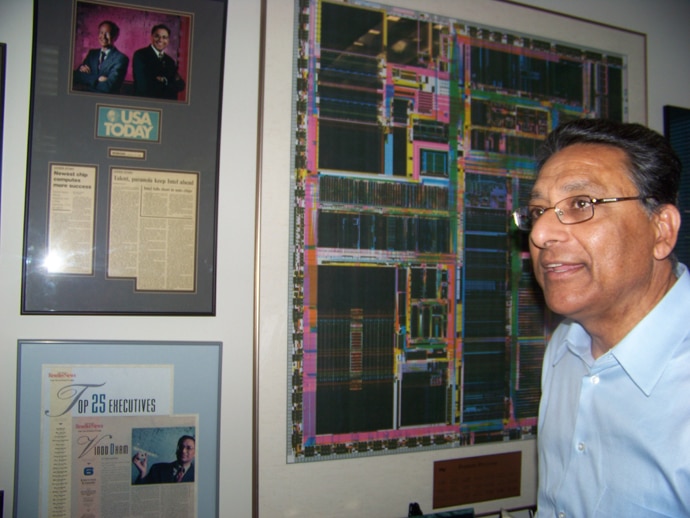 There is also Sabeer Bhatia, the man who emigrated to the US in the 1980s, and went on to become the co-founder of Hotmail in 1996.

Why question the creativity of Indians?

Yet, despite the contributions of such creative geniuses from India, there are many who not only question India's contribution to Silicon Valley, but also raise doubts over the value of their creativity and ingenuity.

Earlier this year, Apple co-founder Steve Wozniak, popularly known as 'Woz' in the tech world, managed to hurt the sentiments of Indians far and wide with his statement at the ET Global Business Summit in New Delhi. Prodded a little further, Woz said: “The culture here is one of success based upon academic excellence, studying, learning, practising and having a good job and a great life. For upper India, not the lower. I see two India(s). That’s a lot like Singapore study, study, work hard and you get an MBA, you will have a Mercedes, but where is the creativity? The creativity gets left out when your behaviour is too predictable and structured, everyone is similar. Look at a small country like New Zealand, the writers, singers, athletes; it’s a whole different world.”

So, does India lack creativity?

Though spot-on in his analysis of India's "culture based upon academic excellence", Woz, and others of his ilk, appear to be extremely wrong in questioning India's inability to produce creative minds. The above-mentioned examples only disprove such theories.

There is no denying that for the country's population, India should be producing many more creative geniuses like Vinod Dham and Ajay Bhatt. It is also true that India's education system does need an overhaul to help the country achieve such goals. However, to say Indians lack creativity and in one broad stroke, brush each Indian with a colour lacking creativity, is utterly wrong.

For iconic figures such as Steve Wozniak who, despite being aware of the part that Indians have played and continue to play in the success story of Silicon Valley, to still claim that "Indians lack creativity," and relegate them to being mere number crunchers is nothing short of perpetuating a false notion. This is an argument that is doomed to fail every step of the way.

Adobe, the biggest name in the creative tools industry is another example of the same as it has been headed by an Indian, Shantanu Narayen, for over a decade now.

With Indians responsible for "one-third of technology start-ups in Silicon Valley" and having founded eight percent of high-tech companies in the US – despite just comprising only one percent of the population – it is time these tech bigwigs – as well as the rest of the world – leave these notions behind and rely on facts while judging the creativity of Indians.

#India, #Microsoft, #Google, #Silicon Valley
The views and opinions expressed in this article are those of the authors and do not necessarily reflect the official policy or position of DailyO.in or the India Today Group. The writers are solely responsible for any claims arising out of the contents of this article.