How India is making great strides in space science

It's time we celebrate the successes of the Mars Orbiter Mission and AstroSat – India's first space-based observatory.

September marked two important landmarks for space science in India — four years of the Mars Orbiter Mission (MOM) and three years of the first Indian space-based observatory, AstroSat. The scientific missions of Indian Space Research Organisation (ISRO) and its achievements are often glossed over by more appealing work of the space agency like the launch of commercial satellites and the proposed human space flight.

This, however, does not diminish the stellar achievements of scientific missions like AstroSat that involve dozens of scientists across research institutions in the country. 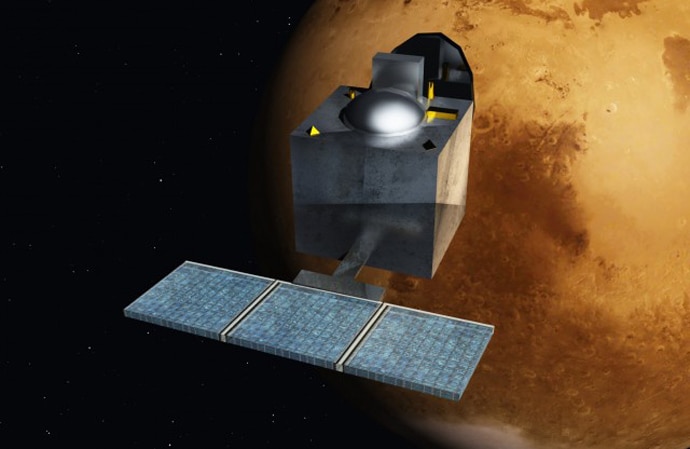 So far, 2,200 of them have registered and downloaded images from data archives of the mission. The scientific community is interested in the data from MOM because it is orbiting around the red planet in an elliptical orbit of 500km x 80,000km.

Such an orbit allows both localised observations of the Martian surface as well as observations of large areas. When the orbiter is at the farthest point in the elliptical orbit, the Martian disc can be imaged fully. The advanced instruments of MOM make it possible to continuously observe any target on Mars for more than ten hours.

The second landmark was the completion of three years of the space observatory, AstroSat, on September 28. It is a unique observatory that can make observations in multiple wavelengths from ultraviolet to high energy X-rays and gamma rays. Four of the five telescopes onboard AstroSat can look at the same astronomical source simultaneously.

Till now, AstroSat instruments have observed over 750 astronomical objects like galaxies, exploding stars and neutron stars, and resulted in about 100 research papers. This includes crucial findings like solving the puzzle of a cool red star that’s bright in ultraviolet, by identifying it as a binary; and X-ray polarisation from Crab Nebula. The detection of a coronal explosion on the nearest planet-hosting star by AstroSat was simultaneously observed by NASA’s Chandra X-ray observatory and Hubble Space Telescope. The next big scientific mission for the space science community in India would be Chandrayaan-2, which is slated for launch in early 2019. It will have a suite of 13 instruments that will help scientists work on studies related to the origin and evolution of the Moon.

To extend the excitement of these observations to the general public as well, outreach and education teams of ISRO and the Astronomical Society of India (ASI) have come together to make pictures from AstroSat as well as popular science articles based on new research emanating from AstroSat observations available.

Post your comment
#Mars, #ISRO, #Mars Orbiter Mission, #Space science
The views and opinions expressed in this article are those of the authors and do not necessarily reflect the official policy or position of DailyO.in or the India Today Group. The writers are solely responsible for any claims arising out of the contents of this article.