World's largest brain-mimicking computer goes live, but should we be excited?

For those sensing doom and gloom, the SpiNNaker, for now, is nothing close to functioning as fast as an average human brain.

For centuries, man has dreamt of creating machines that can think and act like humans. Artificial beings that do not just imitate us, but rather understand the world in complex ways that only a human brain can. Although we still aren't anywhere close to achieving that dream, we sure have taken the first step towards it.

As per a report published in Alphr, researchers at Manchester University earlier this week activated the world's biggest neuromorphic supercomputer.

What is a neuromorphic supercomputer you ask? In simple words a supercomputer that is built to operate as a human brain. First introduced in the 1980s, the concept developed by Carver Mead uses large-scale systems containing analog circuits to mimic biological architectures present in the nervous system of human beings.

As such, this supercomputer called the Spiking Neural Network Architecture or “SpiNNaker" created after more than a decade of research uses "a million processing cores and 1,200 interconnected circuit boards" that together help it operate like a human brain. 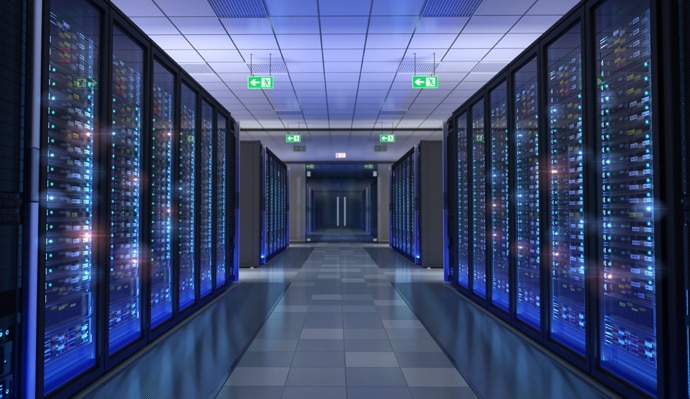 How does the SpiNNaker work?

This supercomputer created by researchers at Manchester University mimics the "biological neural activities" of a human brain by emitting “spikes” of pure electro-chemical energy. But this is easier said than done.

The human brain is made up of about a 100 billion neurons that carry out thousands of trillions of calculations per second. The SpiNNaker, on the other hand, can only make 200 trillion actions per second for now.

However, its beauty is not in the number of actions it can carry out per second, but rather in the way that it redefines modern day computing.

Explaining how it could revolutionise computing, Steve Furber, a Professor at Manchester University and the man who conceptulised the idea for the supercomputer 20 years said: “SpiNNaker completely re-thinks the way conventional computers work. We’ve essentially created a machine that works more like a brain than a traditional computer.”

"Unlike traditional computers, SpiNNaker doesn’t communicate by sending large amounts of information from point A to B. Rather, in a much more fluid, or, human style, SpiNNaker operates with a plethora of parallel actions all working at once, sending billions of tiny pieces of data to thousands of locations."

Can it truly mimic a human brain?

For those sensing doom and gloom, the SpiNNaker, for now, is nothing close to functioning as fast as an average human brain – let alone a SkyNet type computer that can take over the world. Researchers are working hard towards the next upgrade and plan to upscale its capabilities to help the SpiNNaker's "artificial brain achieve one billion biological neurons in real time". However, even when it starts doing so, its capabilities will only amount to just 1 per cent of the human brain’s –highlighting just how far we still are from creating a machine that can think and act like humans.

Speaking to the Scientific American, Furber explained: “Even with a million processors, we can only approach 1 percent of the scale of the human brain, and that’s with a lot of simplifying assumptions." He further added that for now, the SpiNNaker is closer to a mouse's brain which is a 1000 times smaller than a human brain.

"If a mouse thinks mouse-sized thoughts and all that is required is enough neurons wired together in the right structure (which is itself a debatable point), then maybe we can now reach that level of thinking in a model running on SpiNNaker." Step in the right direction

Yet, despite all this, the fact that the SpiNNaker goes about solving problems like a human brain can help it find solutions to issues that traditional computers cannot.

Because of its nature, the supercomputer can be a great asset to unlocking mysteries of medicine and science. Since it can run large-scale real-time simulations and that too in a way that a human brain works, it can be used to find cures to diseases.

Post your comment
#Artificial Intelligence, #Human brain, #Supercomuter, #Spinnaker
The views and opinions expressed in this article are those of the authors and do not necessarily reflect the official policy or position of DailyO.in or the India Today Group. The writers are solely responsible for any claims arising out of the contents of this article.