Losing access to the Indian market may not turn out to be a big deal for Twitter.

Increasingly there is a talk that India is going to ban Twitter. There is Koo in the air. And there is defiance from Twitter. If you read between the lines in the Twitter statement on Tuesday about this whole affair of the Indian government asking it to ban some accounts, you see Jack Dorsey and team was quite combative.

Here are the parts that stand out.

"We do not believe that the actions we have been directed to take are consistent with Indian law, and, in keeping with our principles of defending protected speech and freedom of expression, we have not taken any action on accounts that consist of news media entities, journalists, activists, and politicians." 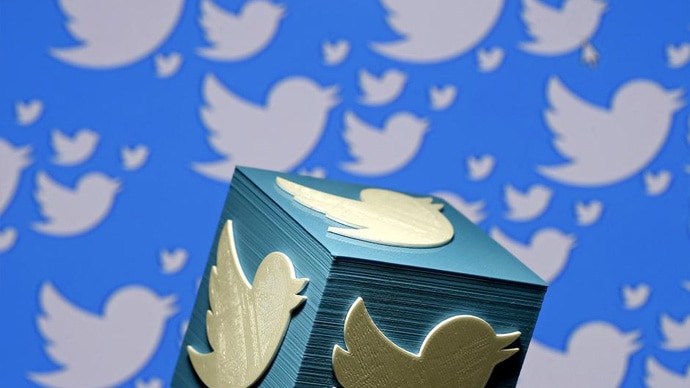 This part is Twitter saying no to government requests as politely as it can. And not just that, it is virtually calling the Indian government order unlawful.

"We are exploring options under Indian law — both for Twitter and for the accounts that have been impacted."

In other words, this is Twitter saying that it will rather go to court than simply comply with orders it believes are over-reaching.

And finally, there is:

"The values that underpin the Open Internet and free expression are increasingly under threat around the world... (we want) to share a granular update on our proactive efforts to enforce our rules and defend our principles in India."

The above lines are Twitter lecturing the Indian government that it considers the government orders an assault on "open internet and free expression" and that would stand up for its principles.

Given that Twitter has come out swinging, speculations are now rife that the service could be banned in India. The IT Ministry issued its own statement after Twitter's response, saying that the government would no longer meet Twitter representatives at a scheduled meeting. It also tweeted that people should move to Koo.

Is a ban coming? Unlikely for one reason: Twitter is too big to be banned by a country like India. There are only four countries where Twitter is banned: China, North Korea, Turkmenistan and Iran. So, unless India wants to join this illustrious club, there is no ban coming for Twitter.

The problem for India, or any government, is that the global conversations nowadays happen on Twitter. For example, when the PM tweets, he tags presidents and heads of other nations. That can't be done on Koo. Even China and Iran which have banned Twitter, and they did so a long time ago, nowadays run their government accounts on Twitter with help of VPNs. Both Twitter and its CEO Jack Dorsey know it. Is it too much power for one tech company? Yes, it is but that is how it is right now. There is no way to kick out Twitter from the internet of a particular region or country without severely disrupting digital life. Is India willing to do that? I don't think so.

And I also don't think so because the government may take umbrage to some Twitter accounts and tweets but the same government also relies on the same service to push forward its own messages. Yes, Rihanna and Mia Khalifa tweeted on some Indian matters, but our Ministry of External Affairs also used Twitter to pass on our message to the world. And the same Twitter was the place where the voices of Indian celebrities calling for others not to interfere in India's internal affairs were amplified. It goes both ways. If the government wants to reduce misinformation by clamping down on Twitter, it will also reduce its own ability and the ability of all the patriots who want to counter misinformation with the right information.

The most they will care about is the safety of Twitter employees in India. And that is all.

This is not the first time Twitter is facing the might of the state. It has met it earlier. Twitter as a company and Jack Dorsey as its CEO are mavericks. I recall this extremely cool cover of Bloomberg Magazine, which says that Twitter is a company that is suicidal. Here it is: 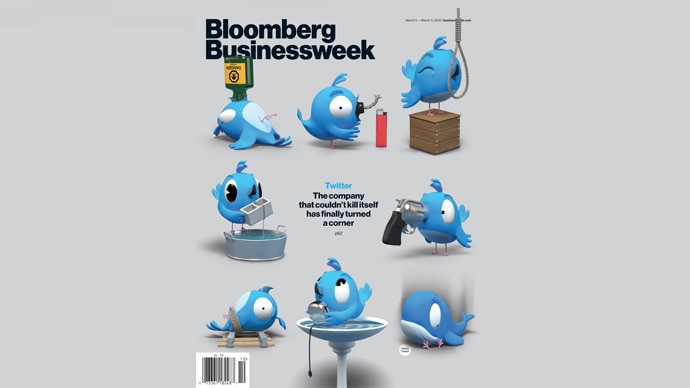 The cover describes the service aptly. In recent years it has lost some of its earlier wildness, and it has become a company that is somewhat interested in surviving and making money. But this is no Facebook yet. Or Google. Or even Apple. Jack Dorsey is not Mark Zuckerberg. Or Sundar Pichai. Or even Tim Cook. They are "pragmatic" CEOs, who can be forced to see nuances. Jack probably not. Of all the big tech CEOs - barring Elon Musk - he is the only one who still does unfiltered tweets, which is why he liked the tweets favouring farmers' protest a few days ago.

Beyond a point, I don't see Twitter under him making significant compromises. The past is a guide on this. Twitter has repeatedly struggled with Turkey, where the Recep Tayyip Erdogan government has often been angry at it, in the same way the current Indian government is. Twitter was even banned by Turkey for two weeks in 2014, before the court in that country called the government order illegal. Even now, the company has a tiff going on with Turkey. The Erdogan government wants all social media companies to have regional representatives. Facebook and YouTube have complied. Twitter has not. As a result, the Turkish government has banned local advertising on Twitter. That so far hasn't changed Twitter's decision.

In India too, the company may act similarly. It will probably challenge the government in court if the government moves against it. If the court order doesn't succeed, it will just say bye-bye to the local operations. Loss? There will be some. But keep in mind that Twitter doesn't make a lot of money, unlike Facebook or Google. In 2019, for example, it made net profit of Rs 5.9 crore in India. That is a pittance for a company like Twitter. In 2020, its global revenue was $3.72 billion compared to around $27 billion of Facebook. Twitter is big because of what it is and not because it makes money.

Indian government that relies so heavily on it.

Also read: Why the world is watching this Australia versus Google match closely