Food security is looming large over our heads. Will we be able to digest this?

UN says that one-third of global edible food gets wasted and 56% of the wastage happens in the industrialised world. Millions in the other part of the world are starving.

The United Nations issued its sixth Global Environmental Outlook report on Wednesday, conveying the message that the world is not on track to meet goals to create a more sustainable future by 2030 — or 2050.

In 2015, the UN developed 17 Sustainable Development Goals (SDGs) to address global challenges, including climate, environmental degradation and inequality by 2030.

The Global Environmental Outlook report speaks extensively on climate change and calls for urgent action, not to meet global temperature goals according to the Paris Agreement, but to ensure they aren't rendered impossible.

The report calls for sweeping changes in our food system. Currently, one-third of all edible food produced is wasted — industrialised countries accounting for 56% of this waste.

To put this in perspective, the total cost of the 1.3 billion tonnes of edible food lost or wasted every year globally is USD 1 trillion — that's INR 69.64 lakh crore. That's how much food just gets wasted per annum. Not eaten. Not consumed. Just wasted. (Photo: www.freepik.com)

Further, food production is not easy and is heavily resource-intensive as well.

It uses 50% of habitable land and 75% of that land is used for meat production. In fact, agricultural production alone uses 70% of the world's water, according to the report.

Further, many countries struggle with food security — with a rapidly expanding global population set to hit nine to 10 billion by 2050, the UN calls for policymakers to improve food system productivity by at least 50%.

So why are we not seeing landfills overflowing with edible food, then?

To understand this, we need to understand that not all wastage lands in the trash can. For many, food waste happens in the kitchen — when food prepared goes uneaten or left to spoil in fridges and cabinets. According to the Food and Agriculture Organization (FAO), in industrialised countries, more than 40% of losses happen at retail and consumer levels — large quantities of food is wasted due to quality standards that over-emphasize appearance. This constitutes for 56% of the food wastage.

So can the excess food then be exported to starving countries?

Here is the story of the remaining 44% of the food waste.

For millions of people in the developing world, food waste happens at harvest time. Due to poor harvesting facilities, storage, packaging, distribution and the lack of a stable infrastructure, good food is lost in the fields — before it even has a chance to reach hundreds of hungry kitchens.

In the developing world, the loss occurs at post-harvest and processing levels. Poor storage leads to pest infestations or rot that ruins crops even before these leave the farm. A lack of access to technology and markets means farmers are forced to watch their crops just rot in their fields — the manual and financial investment required to harvest these is often not available.

Now, couple this with chronic poverty, conflict and a lack of resources — food wastage becomes one of the root causes of hunger in the developing world.

However, there is a connection when we say that food wasted in the West leads to millions starving in the underdeveloped world.

The West’s overconsumption of food affects global food prices — the more the West consumes, and thereby, the more they throw — the greater the global demand for food. 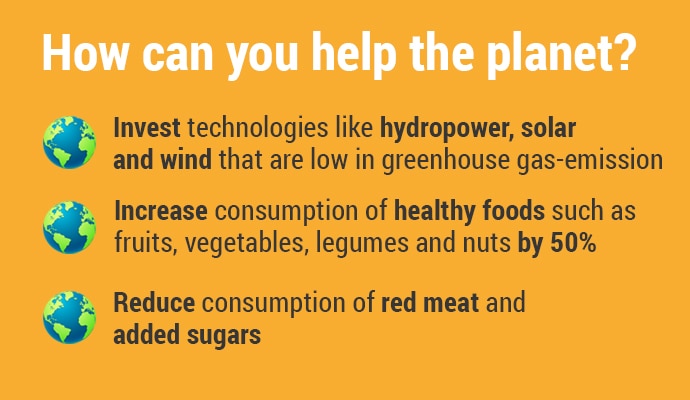 You can make a difference. With just a few simple changes. (Photo: www.freepik.com)

Food loss and waste amount to a major squandering of resources — water, land, energy, labour, capital — besides producing greenhouse gas emissions (needlessly) and contributing to global warming and climate change. With such resources being intensified in producing food, the wastage is not just a mockery of food security but also a criminal wastage of resources.

In the underdeveloped world, strengthening the supply chain — through the direct support of farmers and investments in infrastructure, transportation, as well as in an expansion of the food and packaging industry — could help to reduce the amount of food loss and waste.

However, in the developed world, only developing a human conscience can reduce food loss and waste.

Also read: How Gandhian agriculture can save farmers and farming in India

Post your comment
#United Nations, #Food wastage, #Starvation deaths, #Food security
The views and opinions expressed in this article are those of the authors and do not necessarily reflect the official policy or position of DailyO.in or the India Today Group. The writers are solely responsible for any claims arising out of the contents of this article.