Spying on citizens in the name of curbing fake news is not the solution.

The past couple of months haven't gone according to plan for WhatsApp and its parent firm, Facebook.

Owing to a number of high-profile cases, the two platforms have constantly remained at the centre of the data privacy debate. Unfortunately for them, however, the two have more often than not found themselves on the wrong side of the fence in such situations.

Be it the part played by Facebook in the Cambridge Analytica scandal or WhatsApp's role in the wildfire-like spread of deadly fake news, the two platforms have repeatedly been found breaking the trust of users and breaching, one data leak at a time, the promise of safeguarding their privacy.

As such, it came as a surprise when Mark Zuckerberg and Co turned down the Modi government's directives of building a special software to track the flow of messages on India’s biggest instant messaging platform, WhatsApp. WhatsApp, which has more than 200 million monthly users in the country, and is the platform of choice for the transfer of hundreds of millions of messages — text, images and videos – every single day of the month, has become central to life in modern-day India.

However, because of its reach, WhatsApp has also become India's preferred medium for spreading fake news, which, over the last few months, has triggered many shameful incidents of mob lynchings.

With the problem getting out of hand, the government tightened the screws on WhatsApp and laid down a number of directives to curb the spread of fake news. India’s information technology minister, Ravi Shankar Prasad, recently met with WhatsApp’s CEO, Chris Daniels, and asked him to set up a local corporate entity and appoint a dedicated grievance officer in India to address claims against the messaging platform.

He also asked WhatsApp to develop a backdoor key for the government, one which it can use to unlock the platform's end-to-end encryption and track fake messages to their origin. No, Minister: WhatsApp has reportedly refused to follow the government's request for special software. (Photo: PTI)

Even though WhatsApp previously indicated that it is not averse to setting up a local corporate entity and appointing a dedicated grievance officer for India, according to PTI, it has rejected the government’s demand for developing a software solution for tracking the flow of messages on WhatsApp.

Speaking to PTI, a spokesperson for the messaging platform said, “People use WhatsApp for sharing all kinds of sensitive conversations... Building traceability would undermine end-to-end encryption and the private nature of WhatsApp, creating the potential for serious misuse. WhatsApp will not weaken the privacy protections we provide.”

Sticking to its guns, WhatsApp has reiterated its commitment to fighting the menace of fake news by bringing in India-centric changes to the platform and focusing on improving awareness about misinformation. It recently published a full-page advertisement in leading Indian newspapers, advising users on how to identify fake news. The ad, as published in English dailies, starts with: “Together we can fight false information” and then lists 10 tips on how to spot fake news.

The company also recently announced the removal of the "quick forward button” for users in India and set a cap of 5 chats at one time for any forwarded messages. 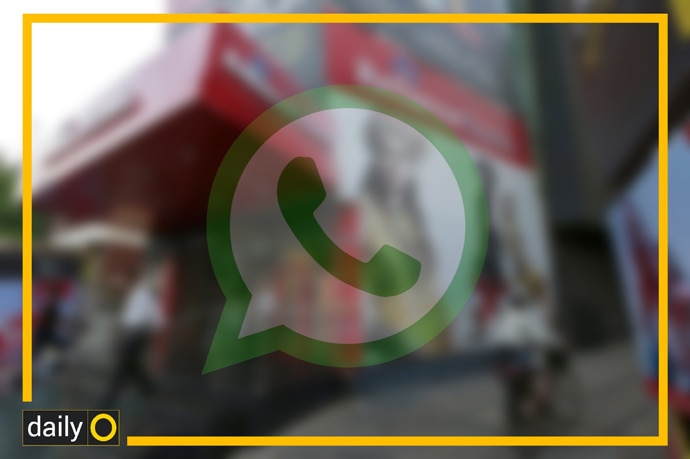 There is no denying that the fake news situation in India has taken a menacing turn and a proper solution can’t come soon enough. Yet, it is also true that the problem at hand can’t be solved by trampling on the right to privacy of millions of Indians — for that’s exactly what the government will be doing if it insists on forcing WhatsApp into creating a backdoor key to unlock each and every chat on WhatsApp’s servers.

As of now, users on the platform enjoy full end-to-end encryption which ensures that their conversations on WhatsApp are not only protected from hackers, but also WhatsApp itself. However, to develop a software that could bypass this security mechanism — even if it’s for weeding out fake news messages — would ensure that no conversation on the platform is private anymore.

And if the Big Brother's ever-present eye is not an issue, then it will be prudent to understand that the existence of such a backdoor key would also leave us open to the risk of this very key falling into the wrong hands and our private conversations being exposed to those who have no business reading them.

Additionally, if WhatsApp is forced to create a backdoor into its service, it would not only compromise the privacy of millions of users on the platform, but also set the precedent to unlock every personal space on the web — including our digital mailboxes – to the government's keen eye – and that simply isn’t a trade-off that can be made in the name of curbing fake news. 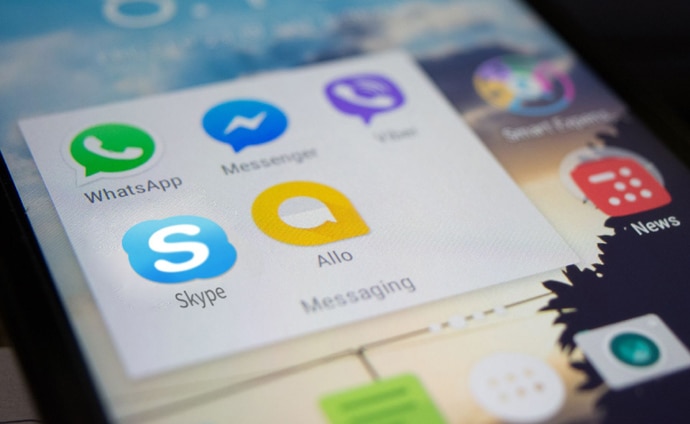 Messages Galore: There are a host of messaging services out there. And millions of people who want their privacy. (Photo: Reuters)

So what can be done?

Does this then mean nothing can be done to fix the situation?

Despite continued real-time scanning of messages not being an option, WhatsApp could still add functionalities that allow users to flag messages they deem to be offensive or containing fake news. On receiving a high number of complaints about a particular viral message, the company can verify the content, and then use a machine learning tool to stop the particular message from being shared further on the platform.

Further, WhatsApp needs to join hands with the Indian government, and step up its efforts to increase awareness about fake news.

For if the government is really serious about finding a fix to the fake news menace, then it needs to understand that educating the masses about fake news and ways to stop it is the way forward – not poking its nose into the private business of citizens whose fundamental rights it swore to protect in the first place.

#Data Privacy, #Ravi Shankar Prasad, #Fake news, #WhatsApp
The views and opinions expressed in this article are those of the authors and do not necessarily reflect the official policy or position of DailyO.in or the India Today Group. The writers are solely responsible for any claims arising out of the contents of this article.