Why is Elon Musk TIME Person of the Year 2021? Hubristic supervillain, for one

TIME Magazine has named Elon Musk as 'Person Of The Year' for 2021. Described as a 'madcap hybrid of Thomas Edison, PT Barnum, Andrew Carnegie and Watchmen’s Doctor Manhattan', Musk is the richest private citizen in history, with a net worth of more than US $250 billion. This shy, 50-year-old South African with Asperger’s syndrome, now dabbles in robots and solar technology, cryptocurrency and climate and underground tunnels to move people and freight at super speeds.

Antonio Gracias, Musk’s close friend of two decades told TIME, "He was raised in a tough environment and born with a very special brain. Ninety-nine-point-nine percent of people in that situation don’t come out of it. Some small percentage come out of it with the ability he has to make great decisions under extraordinary pressure and the never-ending drive to change the course of humanity."

SOARING SUCCESS: Known to have governments and industries bend to his whims and fancies, Musk has seen great success in 2021. In April 2021, SpaceX (Musk's aerospace company) won NASA’s exclusive contract. For the first time since 1972, the contract will put US astronauts on the moon. In May 2021, Musk hosted Saturday Night Live. In October 2021, car-rental giant Hertz announced that it was going to add 1,00,000 Teslas to its fleet.

A few short years ago, @elonmusk was roundly mocked as a crazy con artist on the verge of going broke. Now he bends governments and industry to the force of his ambition. Elon Musk is TIME’s 2021 Person of the Year #TIMEPOY https://t.co/8GAEn9Amet pic.twitter.com/Tnv5oKCSXp

True to his personality, in the last quarter of 2021, Musk began a Twitter poll 'in a fit of pique over liberal Senators’ proposals to tax billionaires'. (DEEP DIVE: 10 reasons why Elon Musk should uninstall Twitter and throw away his phone) The sale of 10% of his Tesla stock cost him billions and supposedly will produce enough tax revenue to fund the Commerce Department for a year.

WHY MUSK: TIME calls Musk a 'hubristic supervillain' who is very distinct from the tech billionaires he is usually clubbed with. Hailed as a manufacturing magnate, his rockets have saved taxpayers billions, reinvigorated America’s space dreams and are launching satellites to expand Internet access across the globe.

.@elonmusk made his money differently than most billionaires. Instead of a bunch of clever, safe investments, he made just a few spectacularly risky ones. The sum total of those bets made him the world's richest person this year #TIMEPOY https://t.co/K4RvxbMdZz pic.twitter.com/iNOxPRQFly

By naming Musk as the Person of the Year, the magazine showed hope in the zillionaire. As said in TIME's Person of the Year article, "If Tesla delivers on its pledges, it has the potential to strike a major blow against global warming. The man from the future where technology makes all things possible is a throwback to our glorious industrial past, before America stagnated and stopped producing anything but rules, restrictions, limits, obstacles and Facebook."

.@elonmusk is a man who aspires to save our planet and get us a new one to inhabit.Read more about TIME’s 2021 Person of the Year #TIMEPOY https://t.co/KD5VhvpSkQ pic.twitter.com/7w1LWPa9Zr

Musk told TIME, "The goal overall has been to make life multi-planetary and enable humanity to become a spacefaring civilisation."

NOT ALL THAT GLITTERS IS GOLD: All this success has come at a price for Musk. His multiple companies have faced allegations of sexual harassment and poor working conditions this year. Paticularly in October 2021, a federal jury had ordered Tesla to pay US $137 million to a black employee who had accused Tesla of ignoring racial abuse.

Musk's companies have also been fined time and again for multiple regulatory violations. US federal agents are also in the process of probing Tesla’s Autopilot software due to the alarming number of crashes Tesla's cars have been in with parked emergency vehicles. The company’s expansion in China also required 'cozying up to its repressive autocrats'.

Musk is also well known for his hard-driving style takes on his staff. Former associates of Musk have described him as cruel and petty, especially when he is frustrated or challenged. Musk says that Grimes, the mother of his seventh son, X Æ A-Xii, and he are 'semi-separated'. His brother and business partner Kimbal Musk said, "He is a savant when it comes to business, but his gift is not empathy with people." 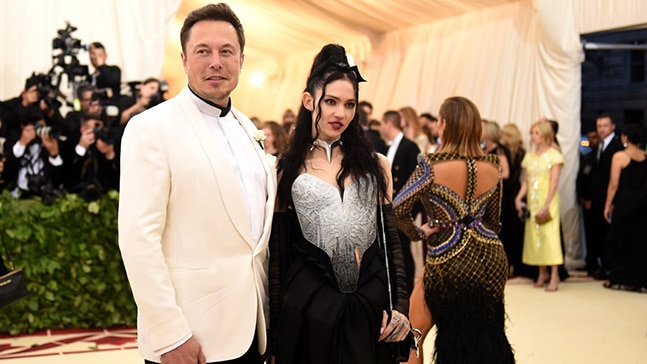 During the Covid-19 pandemic, Musk has also made statements that downplay the seriousness of the virus, repeatedly broken local health regulations to keep his factories running and time and again, amplified skepticism about vaccine safety.

HIS VISION FOR THE FUTURE: Musk's vision for the future is for no one to tell you what to do. He wishes for robots perform all the labour, and for goods and services to be abundant so that people only work because they want to and not because they are forced to. Musk told TIME, “There’s, like, plenty for everyone, essentially. There’s not necessarily anyone who’s the boss of you. I don’t mean to suggest chaos, but rather that you’re not under anyone’s thumb. So you have the freedom to do whatever you’d like to do, provided it does not cause harm to others.”