From scandals to corporate restructuring, how Credit Suisse fell from the Swiss Alps

Credit Suisse is falling from its peak reputation. (Photo: AFP)

In the last year, Credit Suisse, one of Europe's largest banks, has dragged itself from the Swiss Alps to the ground. A string of scandals and bad investments, a rise in credit default swap prices, horrible financial results, and a shocking restructuring announcement have led to the unprecedented fall of its stock prices. Here's how their journey has panned out.

The scandals: Apart from suffering billions of losses because of risk management and compliance blunders, in February 2022, a massive leak exposed Credit Suisse's failures. The bank had failed to perform due diligence on clients, despite their repeated pledges to not entertain dubious clients and illicit funds. Credit Suisse appeared to be an accomplice for high-risk global customers as they could secretly trash their illegal funds in this bank. The Guardian's report found that Credit Suisse held accounts of human traffickers from the Philippines, a Hong Kong stock exchange boss who was jailed for bribery, a billionaire who ordered the murder of his Lebanese pop star girlfriend, and executives who looted Venezuela’s state oil company.

In March 2022, a Bermuda court asked Credit Suisse's local life insurance arm to pay damages of more than 0.5 billion dollars (about Rs 4,122 crore) to former Georgian Prime Minister Bidzina Ivanishvili and his family. The bank had to pay these damages because a former Credit Suisse adviser, Pascale Lescaudron had committed fraud over an eight-year period and had forged the signatures of many former clients, including the former PM.

In June 2022, Credit Suisse was convicted by Switzerland's Federal Criminal Court for failing to prevent money laundering between 2004 and 2008 by a Bulgarian cocaine trafficking gang. The court found that the bank had deficiencies in managing client relations with the criminal organisation and monitoring the implementation of anti-money laundering rules. Credit Suisse was fined $2.1 million (or Rs 17.3 crore), the court confiscated assets worth more than 12 million francs (about Rs 100 crore) that the drug gang held in accounts at Credit Suisse, and ordered the bank to relinquish more than 19 million francs (Rs 157.54 crore) due to internal deficiencies at Credit Suisse. 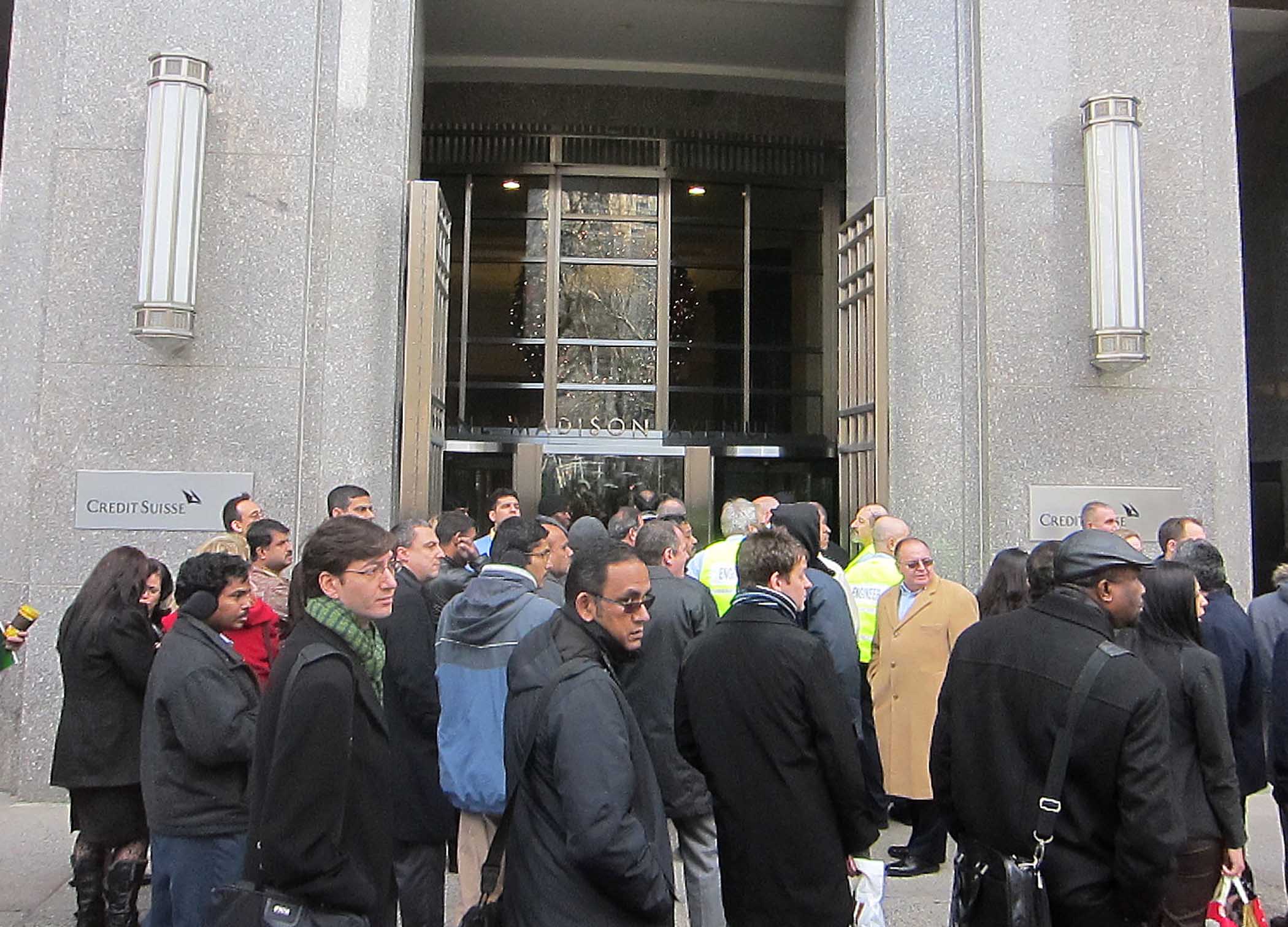 The rise in CDS prices: The bank's 'credit default swap' price rose to its highest level in October 2022. What does this mean? When banks like Credit Suisse raise loan money by issuing bonds, say it promises a return of 3% to the bond buyers. But to ensure that the buyers receive the promised interest rates in case of a bank default, people insure their bonds by buying insurance. Let's call this ''credit default swap'' or CDS. 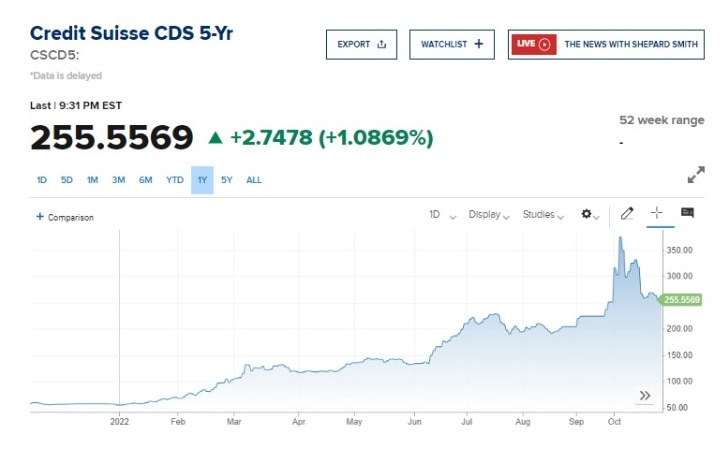 Now, since Credit Suisse was in losses, people feared that the company won't be able to repay its bonds. Hence more people rushed to buy CDS. Normally the premium to get insurance is say 1%. But since the demand for these insurances was so high in October, the insurance premium rose to a 5-year high which indicated the high fear among investors about the company's liquidity and capital positions.

Here's how that loss of Credit Suisse looks on a graph. Goodness. pic.twitter.com/RimA1eUYV5

Credit Suisse posted its third-quarter results on October 27, 2022, and since then all hell seems to have broken loose. Credit Suisse posted a massive $4 billion (Rs 32,976 crore) loss for the third quarter of 2022, which was EIGHT times more than expected.

Credit Suisse posted a third-quarter net loss of $4.09 billion while expectations were a loss of $0.57 billion.

The Restructuring announcement: To make up for the above-mentioned losses, Credit Suisse has now outlined plans to raise 4 billion Swiss francs (about Rs 33,160 crore) from investors, cut about 9000 jobs, sell off risky investments, and shift its focus from investment banking to its rich clients. The Saudi National Bank, majorly owned by the government of Saudi Arabia, will invest up to 1.5 billion Swiss francs (Rs 12,436 crore) to take a stake of up to 9.9%.

Today, we unveiled our new strategy and transformation plan, which are based on a series of decisive actions to create a simpler, more focused and more stable Credit Suisse built around client needs. Find out more here: https://t.co/40CU4bUl6Q #CSresults pic.twitter.com/8xFjadtFsA 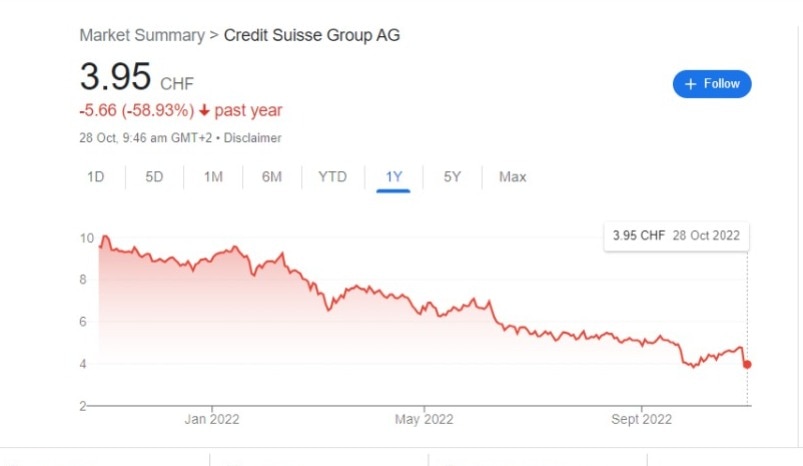 But the restructuring announcement triggered investors to sell off the bank's stock and stock prices fell by 20%.

This is how the story of Credit Suisse is panning out for now, and by the looks of it, it would probably get worse.