10 things Bollywood learnt in the first half of 2017

Salman should stick to Dabangg mode

Bhaijaan tried turning on the radio in this age of iPods, and exhibitors were left bawling out of tune. Eid 2017 was no-show for fans and trade alike, with Salman Khan’s Tubelight failing to light up. Modest calculations pinned distributor losses to over Rs 50 crore. Unconfirmed reports said Salman would compensate.

Meanwhile, the superstar quickly switched to flop-proof mode. His upcoming roster flaunts sequels of image-safe blockbusters — Tiger Zinda Hai, Dabangg 3 and Kick 2 have been lined up, besides a standard dance flick with Remo D’Souza.

When it comes to Salman, we love the LED dazzle. Tubelight won’t work. 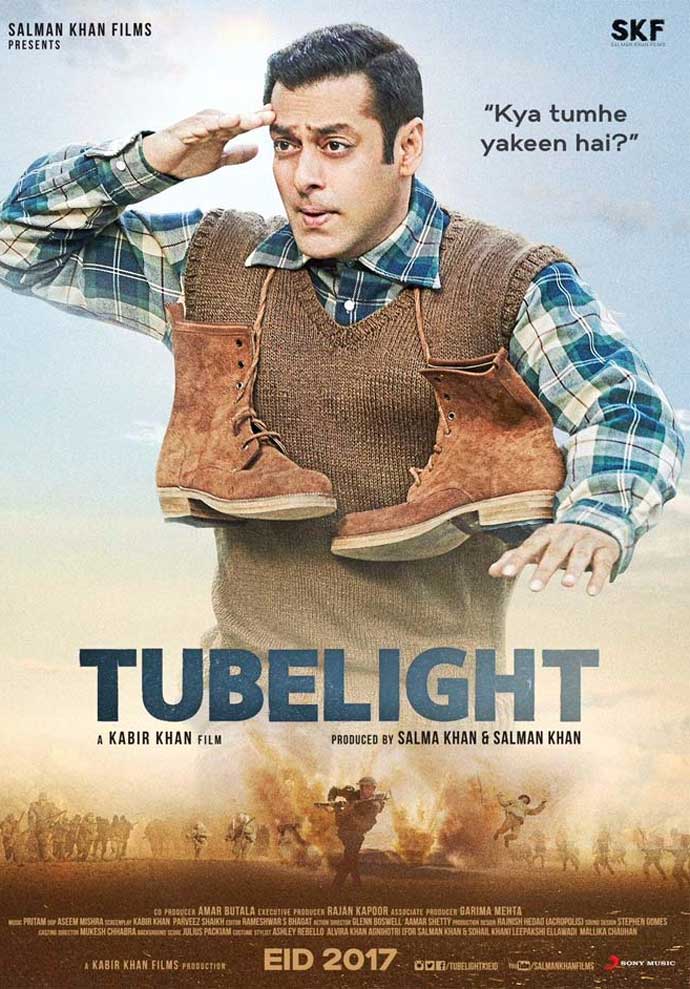 For Alia Bhatt, the only way from here is upwards. Her incredible rise as an actress and a star has continued over the recent months.

Alia’s career so far has been all about serving a smart mix of crossover and commercial fare, following up every Dear Zindagi with a Badrinath Ki Dulhania. The gameplan continues. Her next is Meghna Gulzar’s multiplex thriller, Raazi, to be followed by a more mainstream romcom, co-starring Varun Dhawan and Arjun Kapoor.

Many have argued her picture-perfect career graph owes itself to "filmi" bloodline. The fact is Alia is living up to the challenge. SS Rajamouli just gave Indian mainstream cinema its latest superstar. While the world continues to drool over machoman Prabhas, the real hero of Rajamouli’s two-part Baahubali success is actually the film’s breathtaking special effects, which brought alive everything, from the magnificent war scenes to the spectacular waterfalls.

Baahubali 2: The Conclusion has grossed an estimated Rs 2,000 crore worldwide. Most filmmakers have noted that the two-film saga, released in multiple languages including Hindi, will change the way films are produced. Rajamouli himself has moved onto his extravagant next, the sci-fi thriller Saaho, which promises to redefine big screen entertainment again. Shah Rukh Khan returned to anti-hero form earlier this year with Raees, and the outcome sure was a riot.

The 50-plus actor has quietly started discarding his staple teenybopper loverboy image, but experimentations didn't always click — as Fan proved. This year, when SRK returned with his Republic Day release, Raees, he added a dash of the retro swagger. The actor played an eighties bootlegger who masters the art of bending the law to make millions amidst prohibition in Gujarat. "SRK gone bad" is a good thing for fans and industry alike. Two decades after Baazigar, that truth hasn’t changed.

Akshay Kumar has perhaps been the smartest reinvention in B-Town. Once deemed filmdom’s mascot of brainless excesses, the past 12 months or so have seen Akshay transform into Bollywood’s favourite pop national hero.

Restrained acts in Airlift and Baby, plus a National Award for Rustom, have taken Akshay’s game to the next level. Suddenly, the superstar’s films are all about blending message with fun, as Jolly LLB 2, earlier this year, and the upcoming Toilet: Ek Prem Katha prove. Akshay has entered the best phase of his professional life. The right time to stake claim on the tinsel throne, perhaps?

Hollywood is a slippery trail

The lesson learnt: not all that glitters with a Hollywood sheen is gold. Till even five years ago, making a heroine-centric film was considered risky. Funds would be hard to garner, unless the project was helmed by a star heroine.

All that has changed. Suddenly, girl power is on the rise in Hindi films. Producers are no longer hesitant to invest in heroine-centric scripts even if they do not flaunt top actresses in the lead. The good show of the Taapsee Pannu-starrer Naam Shabana, and Anaarkali Of Aarah, featuring Swara Bhaskar, this year, shows the success of 2016’s Pink was no fluke. 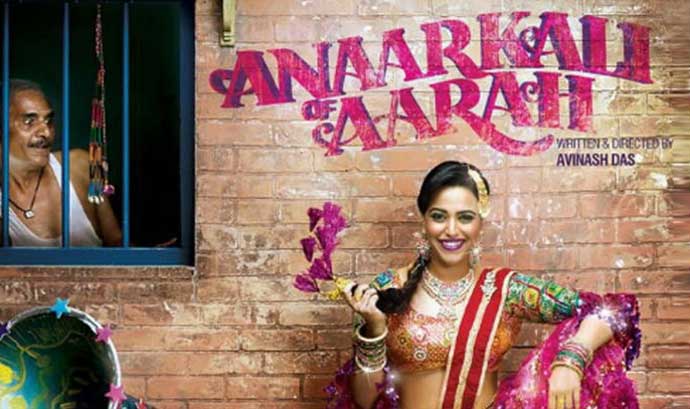 Swara Bhaskar in Anaarkali Of Aarah.

Mom, Phillauri and Half Girlfriend are other noteworthy women-centric films this year.

Sridevi is still queen of her turf

At 53, Sridevi has returned with all-new fervour, in her release Mom.

The gripping suspense drama saw her in a never-before avatar, playing out a silent avenger who seeks to annihilate the men who have raped her teenage daughter. 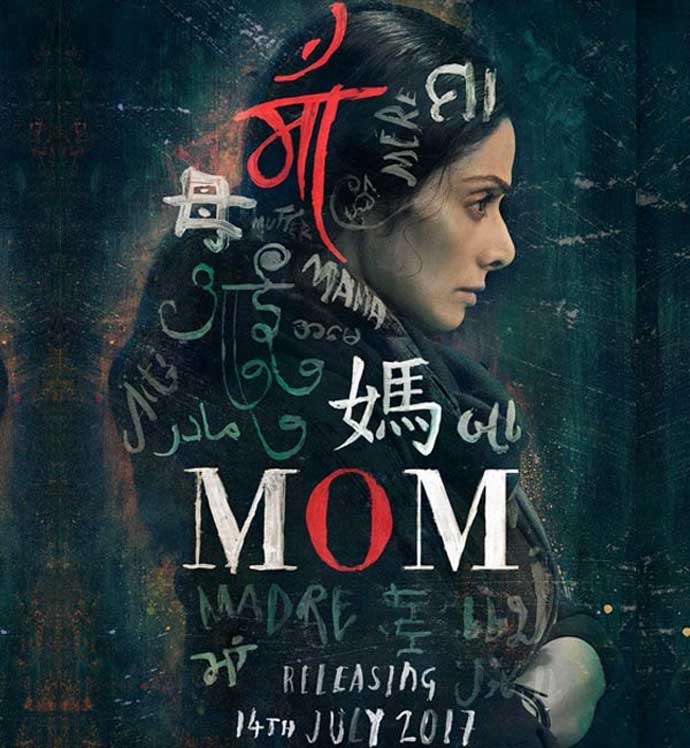 Sridevi returned with all-new fervour, in her release Mom.

Sridevi, whose superstardom in the eighties mostly hinged on larger-than-life glamour and an inimitable comic skill, seems to be making a conscious effort to move away from that tested zone lately. Her last release, English Vinglish in 2012, saw her credibly essay a middle-aged, middle-class homemaker out to discover her identity. With Mom, the actress silently conveys rage with her eyes.

When it comes to Bollywood, big ideas mostly come in small packets. The year, so far, has been no exception. While superstars continue to lust after 100-crore stats, a small band of dedicated actors and filmmakers continue their tryst to reinvent Hindi cinema. Both films, hard as nails, have strived to regale, though these may not be everyone’s idea of entertainment.

Sometimes, the best intentions can also get derailed, as it often happens in showbiz. There will always be films and filmmakers that try to bend the rules of entertainment but slip on the trail.

Take Bollywood’s latest biggie - Anurag Basu’s Jagga Jasoos, starring Ranbir Kapoor and Katrina Kaif — for instance. The musical comedy caper is a fresh attempt to redefine the traditional Bollywood entertainer. However the film, with its unorthodox narrative style, is not everyone’s cup of tea. Despite being a merry experiment, Jagga Jasoos has struggled to find audience since its opening.

Sometimes, too much funk simply does not connect with the audience.

Also read: I'm happy I was part of Baahubali - the film that redefined Indian cinema