10 Bollywood songs to ‘molest’ by

Statutory warning: There isn’t one

Last week, social media was debating the banning of the song, Baby It’s Cold Outside, an annual Christmas favourite after it was banned by the Irish season radio station, Christmas FM. The opinions were divided — with one calling it a “rape anthem masquerading as a Christmas song” and other calling it “feminist.”

The last we checked, the ban is on the verge of being lifted, what with the persuasion of thousands.

So, what does this song say that miffed so many? 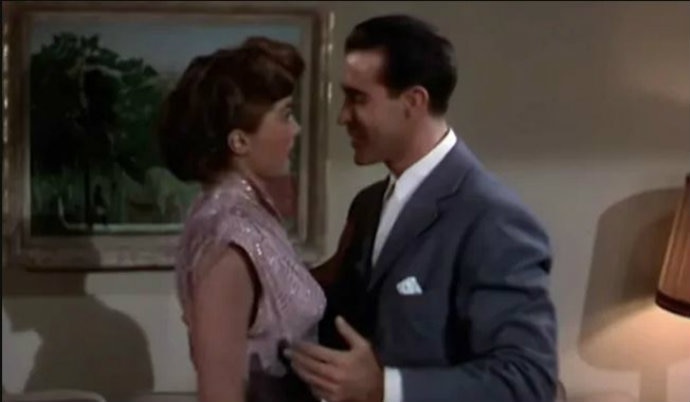 The Irish Times describes it as, “The call and response duet details a man trying to convince a woman to stay the night with him instead of braving the inclement weather outside, with the woman detailing all the reasons she shouldn’t stay over.” They say it is about “coercion, not consent,” something that is acceptable in the time of #MeToo.

Hmm... Why on earth does the song sound so familiar? Oh, wait...

What the western world is waking up to now, Indian sensibilities are still hitting the snooze button on. Who would have thought this classic in the buttery voices of Mohd Rafi and Asha Bhonsle, from the Dev Anand-Sadhana-starrer Hum Dono (1961), could be about “coercion, not consent” just like Baby It’s Cold Outside!

And what are we doing about it?

Baby It’s Cold Outside, but you need not worry because we don’t listen to the radio.

No, I am not unreasonable. Because I know that if we were to begin banning Bollywood songs of the yore and the present for glorifying stalking, molestation and disregard for women’s choice or consent, there’d be no songs left.

But we cannot possibly overlook the ones that are placed especially below the ‘propriety line.’ Here’s our pick from the innumerable. Feel free to add your least-favourite ‘favourite Bollywood song to molest by.’

When you spot Ranveer Singh and Sara Ali Khan hop to Aankh Marey and cannot help the involuntary twitching in your leg muscles to just start dancing, know that it is about a boy who is literally eve-teasing a girl. To be fair, Simmba drew inspiration from Ladka Aankh Maare, a song from the Arshad Warsi-starrer Tere Mere Sapne (1996). At the beginning of the number, Karan Johar is heard screaming, “Oh, god! Another remix?” We’re still stuck on, “Oh, god! Another song about eve-teasing?”

One cannot not talk about Darr and Tu hai meri Kiran when talking about stalking. Now as long as women have sexual agency, we are willing to give a song the benefit of doubt. But forget agency, Tu hai meri Kiran doesn’t even have a female voice through which her point of view is propagated. In fact, this song is simply a declaration that it doesn’t even matter if there is consent or not. Can you picture the Harvey Weinsteins of the world drawing inspiration from it?

Do lewd comments sound okay, or romantic even, in Urdu? Romantic, yes, but not okay. So when Shaan croons, “Sharm-o-haya ke parde gira ke karni hain hamko khata,” in this Aamir Khan-Kajol song from Fanaa, you cannot help but wonder if this is an avowal that he is going to lose control now, and it is all you fault. How dare you be so beautiful? But of course, he is gentle, so you shouldn’t be alarmed. He could have instead said, “A B C D padh li bahut, Thandi aahein bhar li bahut, Achchi baatein kar li bahut, Ab karoonga tere saath, Gandi baat.” But at least he is gentle. Do you now see why I picked the Fanaa song over the R. Rajkumar song?

In Salman Khan’s defence, the song does come clean by calling itself ‘lose character’. But does it, therefore, have the right to grade women by their waist size? “Kamar patli ho jitni bhi mazaa utna nasheela hai. Chalega jo bhi hai aankhon ka rang kala ya neela hai,” says Salman as he gyrates with Zareen Khan by his side. Well, perhaps it’s wrong for us to expect class.

Also read: Winter is here: Easing into the chill season with snowy Bollywood

Post your comment
#Molestation, #Vulgar, #Bollywood songs, #Shah Rukh Khan
The views and opinions expressed in this article are those of the authors and do not necessarily reflect the official policy or position of DailyO.in or the India Today Group. The writers are solely responsible for any claims arising out of the contents of this article.