Two decades on, The Sixth Sense still has the greatest 'twist'

The beauty of the movie's twist ending is not that it worked for the first time — it is about how it continues to still hold up even after 20 years.

As The Sixth Sense (1999) celebrates its 20th anniversary, one can safely say that the film’s twist ending that catapulted it to become one of the last great films of the previous century not only continues to pack a punch but also remains unmatched.

The fact that The Sixth Sense was bound for glory can be gauged from how David Vogel, then-president of production of The Walt Disney Studios, loved Shyamalan's spec script and instantly brought the rights for a whopping USD three million without obtaining the approval and with the stipulation that Shyamalan could direct the film. Although Disney sold the production rights of the film to Spyglass Entertainment as they had little faith in the project and even fired Vogel for his act, the film ended up raking in over USD 600 million at the box office.

The film follows the story of Malcolm Crowe (Bruce Willis), a child psychologist, who starts treating a young boy named Cole Sear (Haley Joel Osment) a few months after getting shot at by an old patient. Crowe treats the case of Malcolm, who claims to see ghosts walking around like the living, as his chance to redeem himself and also rectify his strained relationship with his wife. The film became an unexpected blockbuster and even gave one of the greatest catchphrases, ‘I see dead people,’ that was voted 44 on the American Film Institute’s ‘100 Years… 100 Movie Quotes’ poll. The story of a young boy acting as a medium of communication is not entirely new but the film’s treatment took a genre piece to great heights and the unexpected twist at the end put it in a different league.

The 1990s were an excellent decade for popular cinema.

It was a time where major studios went out on a limb to finance productions helmed by fresh filmmaking talent who brought indie sentimentality while executing the tent-pole productions. How else do you explain films such as Quentin Tarantino’s Pulp Fiction (1994) getting financing from Miramax, which at the time was owned by Disney or Steven Soderbergh managing to get USD 46 million for Traffic (2000) from USA Films, a subsidiary of Universal? Even films such as David Fincher’s Fight Club (1999), Paul Thomas Anderson’s Boogie Nights (1999) and Spike Jonze’s Being John Malkovich (1999) are perfect examples of young filmmakers getting to play in the big leagues in the 1990s. While the decade did enough for letting the indie filmmaker and mainstream mingle around for a great trip, it also does a great service to the ‘twist’ ending.

Films such as Fight Club, Boogie Nights and Being John Malkovich are perfect examples of young filmmakers getting to play in the big leagues in the 1990s. A still from Boogie Nights. (Photo: YouTube Screengrab)

Beginning with The Usual Suspects (1995), the decade hit the refresh button on the twist ending and saw a slew of films where the ploy came into play. Written by Christopher McQuarrie and directed by Bryan Singer, The Usual Suspects was lauded for its screenplay and the manner in which it managed to keep the audiences guessing till the very end about the identity of the mysterious antagonist ‘Keyser Söze.’ Right at the onset of the decade, Tarantino’s Reservoir Dogs (1992) had used the twist ending, where the end changed the way you looked at the rest of the film in a different light and a year before The Usual Suspects Frank Darabont’s The Shawshank Redemption (1994), based on a story by Stephen King with a screenplay by Darabont and King, too, had given the audiences much to chew on. Nothing came to close what Singer had managed. Although the critics were generally appreciative of The Usual Suspects’ coup de grace, calling it “as elegant as it is unexpected,” a few such as Roger Ebert called it “confusing and uninteresting” but in the end, it set a new bar for the twist ending.

The twist at the end became the mainstay of many summer blockbusters of the decade. Films such as Fincher’s Se7en (1995) and Gregory Hoblit’s Primal Fear (1996) were spoken about a lot, but for many, the surprise at the end had become somewhat predictable. Later in Fight Club as well as Sam Mendes’ masterful debut American Beauty (1999) the twist is nearly set up at the onset.

Few could argue that Shyamalan’s The Sixth Sense also, in a way, hints at things to come right at the beginning and even question what made it so special. 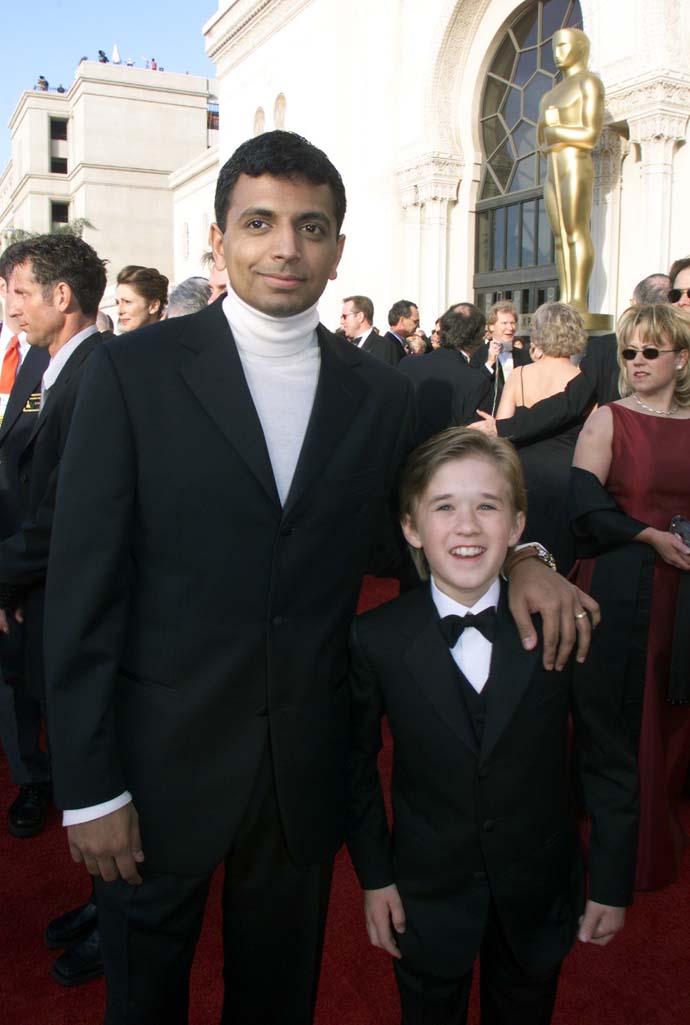 Well, for one, it’s the superlative performance by the then 9-year-old Haley Joel Osment. By focusing on Osment at strategic places through the film’s narrative, Shyamalan could manage to shift the audiences’ gaze from the giveaways. Moreover, the manner in which no one was expecting Bruce Willis’ character to be long-dead, allowed the film to work its way into the viewer’s mind unlike what they might have expected. Shyamalan would later go on to be called a one-trick-pony for tying to repeat his twist at the end ploy, but to tell the truth, this criticism is a tad harsh.

Much of the angst against Shyamalan, as far as the audience goes, could probably stem from their anger at being so brilliantly fooled by the filmmaker. It is one thing to say that the dots were there all along, waiting to be connected, but the unexpected ending doesn’t ‘fool’ the audience. This is also the reason why once some time has passed between viewing the film, and commenting on it, a few feel embarrassed and consequently, have merrily tried to poke holes in every Shyamalan film ever since.

The beauty of The Sixth Sense’s twist ending is not that it worked for the first time. The way it continues to still hold up even after two decades is what makes it the greatest ‘twist’ in the tale.

Post your comment
#Bruce willis, #Haley joe osment, #M Night Shyamalan, #The sixth sense
The views and opinions expressed in this article are those of the authors and do not necessarily reflect the official policy or position of DailyO.in or the India Today Group. The writers are solely responsible for any claims arising out of the contents of this article.