A king, a noble, a common man: Tracking three travellers of the Mughal era

How one travels has always been a statement of wealth and social status.

Travelling has always been associated with experiences which lead to the expansion of a person’s spiritual and mental faculties.

It is not surprising that Rumi said, “Travel brings power and love back to your life”.

While we can experience and observe the modes of travel and the associated cultural and social aspects in modern times, an interesting aspect would be to know about such things as they existed in the past, when there were no trains, buses, aeroplanes.

In this article, we would look at the modes, nature and culture of a medieval Indian traveller. The traveller concerned here is both the common man and the elite gentry. 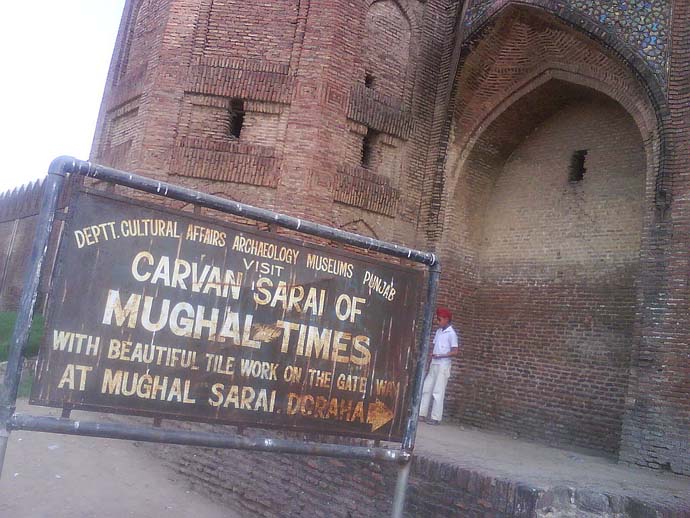 Mughal history is full of the mentions of various sarais which explains their significance. (Photo: Wikimedia Commons)

Foreign travellers like Peter Mundy, Jean Baptiste Tavernier, Thevenot and others provide a number of references of these inns on the routes linking important cities like Delhi, Patna, Agra etc.

These sarais were constructed by the royalty; there are references to sarais built on the orders of Babur on the route between Kabul and Agra. Similarly, Jahangir, in his 12 edicts, gave general orders for the construction of these public service facilities

Further references from Akbar’s period also mention the construction of sarais as one of the duties of the state departments. 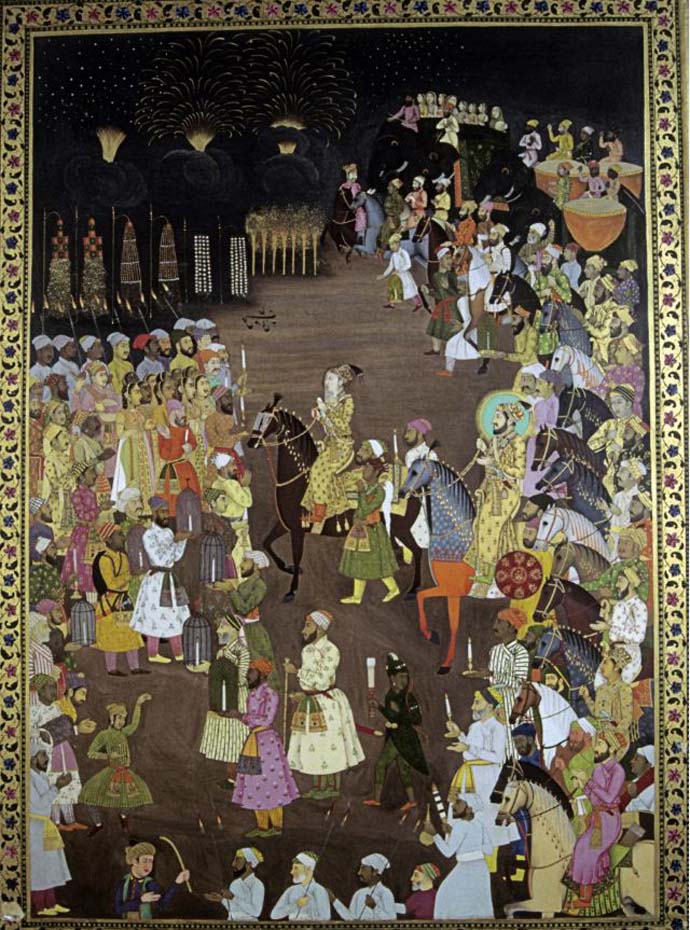 The trick to survive at night was to form a circle which would act as a shield. (Photo: Getty Images)

Apart from the royals, the nobles too contributed to building these roadside facilities.

Despite these measures, there were considerable troubles that the travellers in medieval India faced.

To begin with, there was highway robbery. The references to robbery and loots of the travellers are abundant from both the Sultanate and the Mughal period.

We can blame weak administrations for failing to curb such crimes, but such incidents took place during stable regimes, too.

Ibn Battuta, scholar and traveller, informs of one such incident when he was travelling from Abohar (Punjab) to Ajodhan (now in Pakistan) and his group was attacked by 80 foot soldiers and some horsemen, who were fought off by the companions of Ibn Battuta.

The seriousness of the problem of theft can be understood from the fact that even nobles and the royal people — while travelling — would take a number of soldiers with them and would carry watchmen who would circumambulate their private quarters during the night and shout ‘khabardar’ (beware) at regular intervals.

These men used to light fire and cry out these words of caution.

In addition to these, the Kotwal (police chief) used to send soldiers in every direction to keep a check, but it is reported that despite all these measures, robberies often took place.

There is an instance of theft on the route from Jaunpur to Rohtak where a merchant and his wife were robbed of all but their clothes.

This may give an impression that a few far-away highways were in the lurch — not being taken care of by either the royals or the nobles.

But that’s not the case.

There are instances of robberies from the vicinity of established cities, according to Mirat-i-Sikandari: A History of Gujarat.

The sarais were also not insulated from these attacks.

An account of Jain merchant Banarasi Das who was a frequent traveller in the Mughal period tells us that he had to halt at open spaces several times. Once he was travelling to Etawah and covered 5 Kos (distance unit) during the day. The sun was setting down; they reached the outskirts of a city and they had to camp in an open space because there was no sarai.

The trick was to form a circle with all carts which would work as a shield from sudden attacks.

At another time, Banarasi Das was travelling from Meerut to Agra. There was a sarai but two nobles were availing of the services.

Francois Bernier, who travelled to Kashmir with Aurungzeb, once had to halt under the shade of a banyan tree.

Then there was class division. Not the same sarai could be used by the royals and the nobles and the hoi polloi. There were only a few with their doors open to all and sundry. But only a few.

A lot is said about royal travelling — how lavish and elaborate they were. When kings travelled, the nobles used to lay down elaborate receptions for them. (Photo: Getty Images)

The kings, while travelling, had two private camps. By camps, we mean a group his staff, servants and courtesans. One camp used to be a day ahead of the other to make adequate arrangement for the kings in advance. The kings were known to accept the invitations of the nobles and other eminent people in their gardens. There are instances when kings used to halt at sarais as well.

Jahangir even died near Sarai Saadabad on his journey from Kashmir to Lahore.

The medieval kings used to travel on horseback or on mikdember (wooden cabin mounted on elephants), hauze (a chair with canopy and pillars), when the weather used to pleasant. Sometimes, they were carried on shoulders.

Father Monserrate gives us an interesting insight into the movement of a king’s cavalcade. 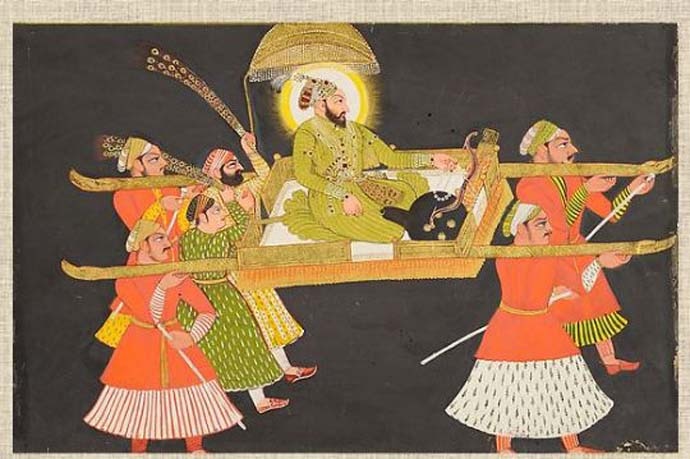 The palanquin was an unfailing status symbol. (Photo: Wikimedia)

According to him, the guards, the royal attendants and the cavalry followed the king at a stone-throwing distance.

There were drumbeats at a regular interval. Marching men used to be ahead of the kings’ elephant. Royal women were hidden from public view seated inside decorated howdahs.

Emulating the royals, the nobles also travelled in a luxurious manner, mostly in palanquins (palkis).

Palanquins provided protection from the sun and the dust. But not everybody could afford that. It’s a decorated structure held in the middle of two approximately 24-foot long bamboo sticks. Four to six people used to carry this and there were extra men walking on the sides to take turns. Though depending on the speed of the bearers, covering 20 to 30 miles a day was possible.

Once Banarasi Das hired a palanquin for his ailing father while they were travelling to Jaunpur.

Mostly restricted to nobles and businessmen, the palanquin was certainly a symbol of affluence.

Those who could not afford palanquins often hired porters to carry luggage while they walked on foot.

A piece on ancient modes of transportation can’t skip the mention of the bullock cart or horse cart. Those are useful for both long and short journeys. These can be seen as the precursor of the horse carts — coaches on two wheels tied to the back of the animals. These carts were slow but people used to hire them for convenience. Banarasi Das hired such a carriage while travelling from Firozabad to Shahzadpur.

Ovington, a traveller, also reported that carriage drivers used to race each other to get the wagers.

The life of a medieval Indian traveller depended as much on his own class and status as it did on the infrastructure provided by the state.

Also Read: We now know what went inside the Mughal harems