There comes a time every year when marketers get positively pregnant with goodwill towards all womankind.

Come Valentine’s Day (February 14), every marketer worth his briefs begins showing how his brand is all heart. And while the day could be said to be gender agnostic, a lot of effort (and money) is spent in whispering sweet nothings into women’s ears. Or in helping men do that.

Yes, when it’s February, ‘tis the season to be a "dolly". Which is why, you get helpful bulk SMSes that go - "Valentine Lingerie Offer: Buy one, get one free. Special-priced negligee!" Women grappling with attire choices and pronunciation may just settle on both, lingree and niggly-jee. Why, they may even acquire a Teddy and uh, a Romper (the name seems to befit the occasion, after all) along with equipping themselves with articles on "How to blow his mind".

But barely will they have finished feasting on the fruit of their labour - maybe the chocolate dipped strawberries that were gifted to them - then it’s time to get fully-clothed again.

After all, hello, International Women’s Day is right around the corner and the marketing messages have started trickling in, "Let’s salute the elegance of womanhood. Bull S Bank." All women need to put on their power clothes, step up on the pedestal and hold aloft the flaming "mashaal" for womankind.

With Women’s Day comes the once-a-year marketing opportunity to "respect women" (don’t forget the hashtag). Or show women in ads going where Star Trek has not boldly gone before. All the while addressing these heroines as lover-tiffinpacker-homemaker, incredible woman and best biwi-maa-behan-beti-deity. (If none of these terms apply, the girl’s probably a slacker in the womanliness department - is she even a woman at all?) Basically, brands make mush out of women or light a mashaal for them. And this kind of communication is sort of reflective of how brands communicate to women in general, all year round, and for many years now.

In our ads, women have for the longest time been handed diamonds, applause and pressure cookers. At the other end of the spectrum, they have been handed crowns, medals and no-less-than-men attributes. In the middle, there is the odd ad about a woman talking periods, gifting her man jewellery and same-sex love.

In the Diamond Producers’ Association’s #RealIsRare films, the conventionally uncertain "Koi-dekh-lega" fearing women are led into undomesticated adventure by their husbands. One film has a guy sneaking his lawfully-wedded wife out of a saas-infested home, on to a bike and off on a late-night date. Another man in a joint family scenario is getting his wife to move house to a home with more privacy. In both films, the women’s apprehensions are replaced by the sparkle of the unexpected romance, the kind of sparkle their rings give off too.

Well, it’s an ad about diamonds after all. And the woman has always deserved a gift of a special kind. Like a pressure cooker. Just a few decades ago, "Jo biwi se kare pyaar wo Prestige se kaise karein inkaar". So love for the wife had you gifting her a pressure cooker so she could strut her stuff at mealtimes. Over the years, she was also gifted the dull-meh-shirted husband who she metamormorphosed into dazzling white-shirtedness (using Wheel). He achieved professional advancement. She achieved happiness. The woman was also the nervous daughter-in-law who used Harpic, so that the loo and pot passed the mother-in-law’s dreaded inspection. And what if in more recent times, she succumbed to the lure of the hook-up app, Tinder. Her Mummy walked into the film to approve of the "boy".

This then was the blueprint for the uncertain piece of womanhood often shown.

And then in some ads, there would be an HB-extra-bold penciled presence - the woman who knew her mind. Contrast the old Tinder ad with the new one. A free-spirited girl determinedly dances her way through the film swiping through choices (read, males) as she pleases, finding a match which may not mean much.

And just in case you thought the boldness was all about "that" kind of checking out, Star Sports had Olympians like Mary Kom, Dipa Karmakar, PV Sindhu, Sakshi Malik and others daring you to #CheckOutMyGame.

Sometime over the years, even the Bournvita mom turned up to be the support her daughter needed as she trained to be a boxer. Then there was the Nike "Da Da Ding" ad which exhorted women to get out and go. Among others, it showed the actress, Deepika Padukone and footballer Jyoti Ann Burrett.

This was the kind of woman who (along with the yummy mummy and beti-deity) could be celebrated on Women’s Day. But inspiring and goose-bumpy as the Nike ad was, many found a spin-off on it even more thought-provoking. 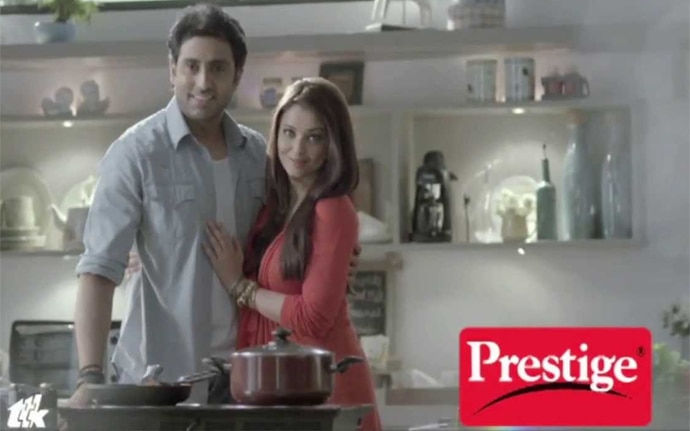 This was a YouTube video which went viral on social media, showing uncelebrated, everyday women who were daily wage-earners or domestic workers. They definitely could not afford a pair of expensive sports shoes like the ones shown in the main commercial, but were equally hard-working in tough circumstances.

Which brings us back to the month of February-March, and the time between being a Woman’s Day woman and being a Valentine’s Day Woman. What if women don’t see themselves as either the bold or the beautiful?

What if being eulogised, de-ified and romanticised makes them generally feel tried? After all, many women prefer spending their day in tees to being deities.

And some would actually not mind spending a whole day in their night-tees. (Swear it’s true!)