The Shivaay actor, like Akshay Kumar, has transformed into a poster boy of nationalism.

Once upon a time, the first show of a film releasing on Friday was the litmus test that would decided its fate, or the future of a particular actor. But now, a film's fate is often sealed even before the premiere.

Who knew that watching, or in some cases, even not watching a film would be seen as an act of political defiance, and that too when the films in question are Ae Dil Hai Mushkil and Shivaay.

Under any other circumstances, everyone would have followed the standard operating procedure and praised the obvious if they didn’t like either of the films. But keeping in mind the events surrounding the build-up to the release of Ae Dil Hail Mushkil, watching it has suddenly assumed the equivalence of standing for what’s right for many.

By extension, therefore, not watching or brushing away Shivaay as a laborious self-indulgent star vehicle has come to be seen as a sign of super-patriotism, a jazba that goes beyond the orthodox definition of nationalism.

What this sentiment has done is that it has made Ajay Devgn join the ranks of Akshay Kumar, and the two, now, have transformed into poster boys of nationalism.

Devgn’s statement where he said that he wouldn’t work with Pakistani actors (post Uri attacks) close on the heels of the one made by Johar, where he asserted that banning Pakistani actors was not a solution, was branded by some as opportunistic.

Devgn reiterated his stance in a TV show during the pre-release activity of Shivaay where he stated that the change in the scenario is the reason why we need to re-evaluate our priorities.

In fact, Devgn or, for that matter, even Akshay Kumar’s clarity when it came to the issue concerning placing India above everything else in light of Uri attacks is what separates them from the rest of the industry.

There is a belief that nationalists such as the Devgns, the Akshay Kumars, and the Nana Patekars are preferred by the "aam janta" over the rest of the lot. Many wonder why.

The answer is simple: they, unlike the others, are not mixing sentiments or mincing their words.

Take, for instance, Anurag Kashyap’s tweet where he questioned the prime minister of India, asking if Modi, too, would apologise for conducting business with Pakistan by meeting Nawaz Sharif around the same time Karan Johar was shooting for Ae Dil Hai Mushkil with Fawad Khan.

For Kashyap, a diplomatic endeavour on the part of the Indian PM to try and broker peace with his counterpart in Pakistan is the same as Karan Johar using the soft power of Bollywood to usher in peace by showing everyone that Indians and Pakistanis could work together irrespective of the odds.

Anurag Kashyap’s stance cannot be mistaken for anything but abject stupidity. Devgn was one of the few A-list industry stars who said that Kashyap’s statement was "rubbish" (see video at 02:26). However, at the same time, he added that the industry is scared to take a political stand.

The manner in which Maharashtra Navnirman Sena (MNS) coerced Johar to "donate" Rs 5 crore to the Army is deplorable, but when it came to taking a stand against the bully, Johar did not have it in him to even say "no" to the blatant arm-twisting.

He never tweeted saying how he was actually being victimised for his stand, and it was the Twitterati who created a ruckus. 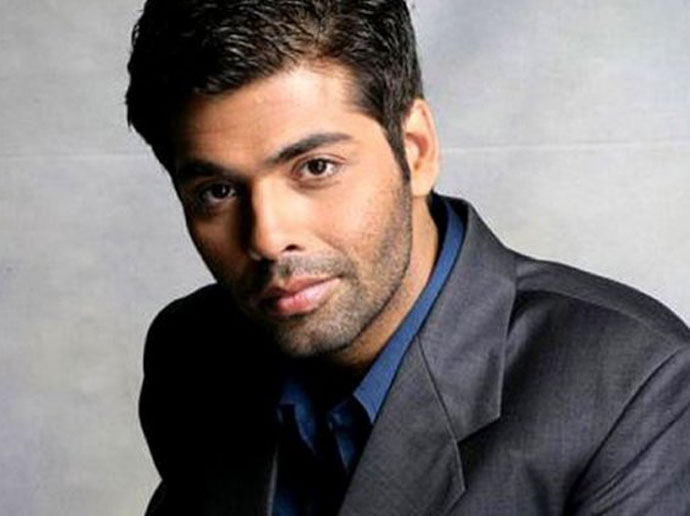 Had Karan Johar refused to pay the so-called Rs 5 crore penance fee, the support for him would have been across the board.

Unlike MNS’ clear diktat, the government of India never asked for a ban on Ae Dil Hai Mushkil. Moreover, in the end, it was the Army that refused to be a part of this kind of racket. Its decision to not accept the payment speaks volumes about the institution.

Had Johar refused to pay the so-called Rs 5 crore penance fee, the support for him would have been across the board. Had Johar not appeared to have batted for Pakistani actors even after they had refused to make a statement condemning the Uri attacks, believed to be sponsored by their country in the first place, the popular sentiment would not have been against him.

Some might argue, if that were the case, does being pro-Pakistani artists make you anti-India? Perhaps not, but in some other situation. But in light of the constant terror attacks on Indian citizens as well as the armed forces - when in 2016 itself, more than 70 soldiers have sacrificed their lives due to Pakistan-aided terrorism - can it be "business as usual"?

The other reason why nationalists seem to prefer Devgn is that somewhere he takes a stand even against the high and mighty within the industry.

The manner in which he approached the Competition Commission against Yash Raj Films' alleged monopoly to ensure Devgn’s Son of Sardar did not get as many single screens as it would have otherwise managed reveals he isn’t one to be pushed over.

Compare this with Johar, who repeatedly suffers the wrath of political parties like the MNS. In the past too he had to apologise to Raj Thackeray for using the word "Bombay" in Wake Up Sid, a film he had produced. Yet, he continues to choose silence.

If the "nationalistic" outpouring against Johar was uncalled for, how come the same bandwagon didn't target Salman Khan beyond a point when he, too, had made a statement supporting Pakistani artists?

By the time the dust settles, Johar would come out to be the suffering artist, while Devgn, a self-made man whom many would not have given half a chance to succeed, might just be seen as the uncool one for placing the sentiment of the common jawan higher than anything.

In the interview mentioned above, Devgn said what sums up why nationalists love him: politics has got nothing to do with the nation or being a nationalist.

#Karan Johar, #Akshay kumar, #Ajay Devgn, #Shivaay
The views and opinions expressed in this article are those of the authors and do not necessarily reflect the official policy or position of DailyO.in or the India Today Group. The writers are solely responsible for any claims arising out of the contents of this article.