Why 2019 could be Alia Bhatt's year in Bollywood

After Raazi, the actor is cleverly opting for a fine balance of big-budget projects and small, independent ones.

First impression is a dictum that doesn’t apply to Alia Bhatt most definitely. In 2012, Bhatt, then 19, made her debut in Student of the Year, directed by Karan Johar, along with Varun Dhawan and Sidharth Malhotra.

Barring the tracks “Radha” and “Ishq Wala Love”, which made headlines for the wrong reasons, there’s nothing remotely memorable about the collegian romance. There was nothing remotely memorable about Alia Bhatt's debut

Six years later, she adorns payal and brandishes a gun in Raazi, in which the young actress gives a commendable performance as a Kashmiri Indian spy on a dangerous mission in Pakistan. Many are already predicting that the best actress prize is Bhatt’s to lose. This when films such as Kangana Ranaut’s Manikarnika: The Queen of Jhansi and Anushka Sharma-starrer Sui Dhaaga and Zero are yet to release

In a career spanning only six years, Bhatt has shown that she is keen and able. With the strong box office showing of Raazi — Rs 107 crore at the time of print — the 25-year-old has also proven that she has mass appeal. Raazi may not be Bhatt’s first film to enter the Rs 100 crore club — 2 States and Badrinath Ki Dulhania are the earlier money spinners — but it’s the first project where she is the sole face on the poster, the key protagonist on whom the film depends. 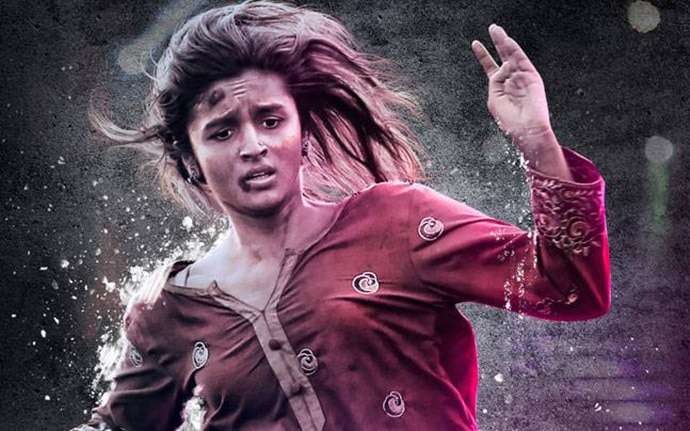 Bhatt’s dramatic range was first brought to our attention in Imtiaz Ali’s Highway. That along with Udta Punjab and Dear Zindagi won Bhatt critical acclaim, but it wasn’t matched with big box office numbers. Bhatt has accomplished that feat with Raazi and cemented her credentials as one of Bollywood’s most talented and popular leading ladies.

Her upcoming slate is enough to make her the envy of most of her peers. It suggests that she is cleverly opting for a fine balance of big-budget projects and small, independent ones. Raazi is the first project where she is the sole face on the poster.

The ensemble drama Kalank also featuring Varun Dhawan, Sanjay Dutt and, Madhuri Dixit and the fantasy adventure Brahmastra with Ranbir Kapoor and Amitabh Bachchan fall in the former category. Meanwhile Gully Boy, the Zoya Khan film, and a recently announced film with Ashwiny Iyer Tiwary belong to the latter. The year 2019 could very well be her year.

#Superstar, #Bollywood, #Raazi, #Alia Bhatt
The views and opinions expressed in this article are those of the authors and do not necessarily reflect the official policy or position of DailyO.in or the India Today Group. The writers are solely responsible for any claims arising out of the contents of this article.