Why all 'Miya Muslims' are seen as Bangladeshis in Assam

Standing on a cliff, young Alifa longs to walk through the “pucca” roads of the city of Guwahati, to peep into the beautiful houses and lives of the city dwellers.

Deep Choudhury’s debut venture Alifa is a story of a family’s struggle languishing in the margins.

Young Alifa and her family lives in a hill overseeing the sprawling city of Guwahati. Her parents Ali and Fatima played by seasoned actors Baharul Islam and Jaya Seal work as daily wage labourers while she and her younger brother Faizal stay home or roam around in the wilderness.

They go to the maktab and are waiting for a school to open in the vicinity to resume education. This family like many others living in the hill comprises Muslims of East Bengal origin or “Miya” Muslims. Hailing from Barpeta, they have lost their home and hearth to the Beki, a tributary of Brahmaputra.

As a result they were forced to migrate to the city and start living illegally in forest land. But even there they were not left in peace. They are constantly at the mercy of a corrupt forest official who extorts money for not evicting them. Any delay in paying him runs the risk of being evicted.

Ali’s family, already reeling in poverty, faces double despair when he loses his job at a construction site. Forced to take up odd menial jobs in the city he constantly faces humiliating jibes of people commenting on his socio-religious background. He is often abused as a Bangladeshi giving voice to the rampant hostility towards the Miya Muslims. This also points to the larger political discourse of illegal immigration which subsumes all Miya Muslims as potential Bangladeshis.

Ali’s personal life also faces turmoil when his wife has an extramarital affair. It’s a blow to his ego that not only he is unable to provide for his family, his wife is also unfaithful. Amidst all this, an acute man-nature conflict jeopardises the lives of these people living in the hill.

Pushed against the wall by both society and nature, this is a saga of constant struggle which brings to the forefront human frailty. A leopard is seen roaming in the hill and it attacks a number of people. When no support comes from the forest department, the people are left to fend for themselves. The attacks nonetheless continue. Young Alifa also loses her life to this confrontation. And this is a final blow to Ali’s troubled life.

Towards the end, the movie shows the varied responses of Alifa’s family to her demise. While her parents are struck with acute grief, young Faizal is shown walking into the forest with his small bow and a quiver of arrows, his face set to avenge his sister’s death. Faizal’s retreating figure leaves one with a painful realisation that a young boy has accepted the inevitability of his fate. That he will continue the struggle of his father against nature and against a social system that has no sympathy for his likes.

Standing on the edge of the hill, young Alifa’s face beamed with a hope to walk amid the pucca roads of the city below, to peep inside the beautiful houses. But her young life is cut short and her dreams rendered unfulfilled. 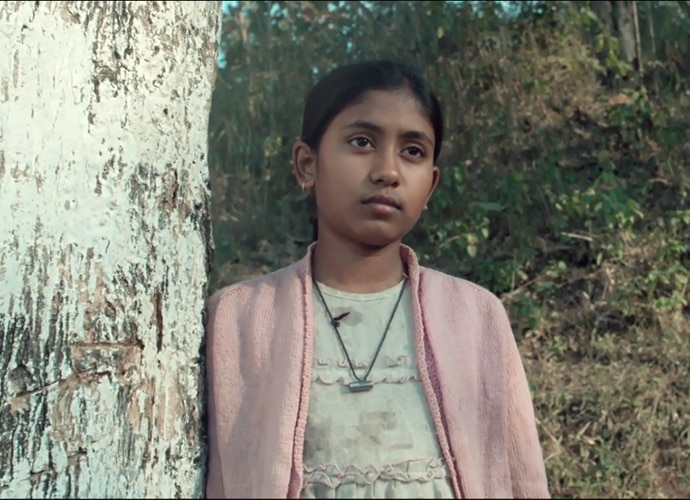 The film resonates with the larger political issues the state of Assam is grappling with. Muslims of East Bengal origin or Miya Muslims often face harassment for being alleged illegal immigrants. To drive home the distinct cultural identity of the people, the movie is shot in Assamese and Moymensinghiya or the Bhatiali language. The film focuses on issues like urban poverty, man-nature conflict. It also brings forth very crucial issues like the role of the corrupt forest official who preys on the helplessness of these people. Illegal encroachments do take place, but not without the complicity of those in authority.

This is important because in recent cases of illegal encroachment followed by eviction such incidents of “selling” government land to displaced people or letting them live there in exchange of money came to the forefront. Tragically while settlers are heckled for being illegal immigrants, these people who make money by selling land which is not theirs in the first place are often let off with no punishment as such.

Man-nature conflict is also a harsh reality in the state as every other day there are cases of wild elephants pillaging villages. The frequent incursions made in forests by ever expanding urban centres, encroachment in elephant corridors etc, have led to such conflict. Another issue that the film highlights is the constant harassment that Miya Muslims face because of their identity. While the city is sustained by the labour of this section, no opportunity to remind them of their peripheral social status is let go.

A constant underpinning in the movie is Alifa’s longing for education. Every eviction hits the school going children the worst. Their future is left in the dark. Poverty, lack of easy access makes it difficult for Alifa and her brother to access education. But she longs for it. Just like her mother Fatima longs for some happiness and financial respite. And Ali longs for some dignity.

The movie very beautifully captures the plight of the migrant workers and focuses on the everyday nuances of their hard life. The director takes a humanistic approach to a problem caught in the myriad web of legality - the question of immigration, encroachment etc.

While the movie succeeded in showing the plight of Miya Muslims who face despair and alienation at multiple levels, it could have roped in how erosion, forced displacement impacts other communities as well. Homogenous settlements are rare. The recent evictions in Amchang area of Guwahati showed how tribal communities from various parts of Assam were forced to live in protected areas surrounding reserved forest due to erosion and lack of employment opportunities. Thrown together by a harsh nature, communities often learn to co-exist.

Released in Assam and West Bengal on April 6, this award-winning movie will no doubt raise crucial questions that will push the boundaries of one’s morality and empathy.