Amber Heard has begun her testimony in her and Johnny Depp's defamation trial. Here are 10 things she revealed about the abuse she faced.

Johnny Depp and Amber Heard's USD 50 million defamation trial in Virginia, US continues to reveal new information about their relationship. On May 4, Dr Dawn Hughes and Amber Heard took the stand.

Dr Dawn Hughes is a forensic psychologist who was hired by Heard. She was cross-examined by Depp's lawyer Wayne Dennison and testified that Heard was a victim of domestic violence while married to Depp.

Key takeaways from Dr Hughes's testimony were her claiming that Heard had PTSD in 2019, 2020, 2021 and her inability to clearly answer Dennison's question, "Why would someone in fear of their lives give such a gift to their alleged abuser?". This question was in reference to Heard gifting Depp a knife engraved with a Spanish phrase meaning 'until death'.

On the same day, Heard also began her testimony. Here are 10 important revelations that Heard made:

1. Heard began her testimony by describing the trial as "the most painful and difficult thing I've ever gone through". She appeared to be struggling not to cry.

2. Talking about her and Depp's first meeting, Amber described him to be well-read and charismatic. Many onlookers noticed that Depp had not once made eye-contact with Amber since her testimony began, which was a distinct attitude as Amber was seen looking directly at Depp during his testimony.

3. Heard also went into detail about her and Depp's relationship during the filming of 2011's The Rum Diary. She described their relationship to be a 'flirtatious friendship' and limited to set.

Heard also said that she rejected gifts from Depp on two occasions and that their relationship was 'on', after a couple of years during the press tour for the movie. 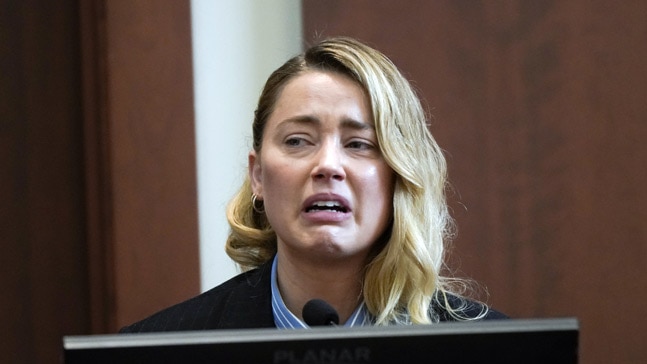 4. When Heard was asked about the Spanish phrase engraved knife, she began explaining that she stayed with Depp during the shoot for the Lone Ranger movie in the US.

The actress said, "Johnny had a thing for turquoise and he loved knives, and when he loves things he does a lot of it. He'd keep getting me daggers, long curved daggers and talked a lot about his knife and gun collection. I picked up a beautiful turquoise handled knife with a saying Johnny would say all the time - 'until death'.

Here is a picture of the knife:

5. Heard then began to describe the first time Depp had hit her. She said that there was a vintage jar of cocaine nearby and she believed that Depp was doing cocaine. They were sitting together on a couch when she asked him about his 'Wino Forever' tattoo on his arm and that he told her it said, "Wino."

Amber then said, "I just laughed because I thought he was joking. And then he slapped me across the face. And I laughed. I laughed because I didn't know what else to do. I thought this must be a joke. I didn't know what was going on. I just stared at him". After that, Amber said that Depp had hit her twice more.
"I knew it was wrong and I knew that I had to leave him. And that's what broke my heart. Because I didn't want to leave him. I wish I could sit here and say I stood up and walked out of that house and I drew a line and I stood up for myself," Heard said.

6. After Heard described Depp's first act of violence, she recalled Depp falling on his knees and saying, "I will never do that again, I’m so sorry, baby … I thought I put the monster away". Heard then told the court that she knew she had to leave, but didn’t want to at the time and that Depp called a few days later to say, "he would rather cut (his) hand off than lay it on her." 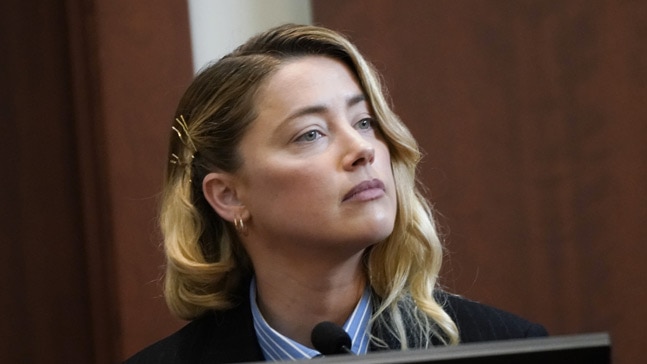 7. Heard testified that after the incident, she remained in relationship with Depp and that he had started drinking again. "He started punching walls next to my head, to the point he would push me or shove me down," said Heard.
8. Heard then went on testify that there were different versions of Depp and that she had to look for 'clues'. The Aquaman actress said, "Johnny on speed is very different from Johnny on opioids, Johnny on opioids is very different to Adderall and cocaine Johnny - but I had to get good at paying attention to the different versions of him."
9. Heard also told the court that Depp had ripped her underwear and conducted a 'cavity search' on her after an altercation in a trailer at a desert party in Hicksville, California, under the influence of drugs. Heard also said tha Depp kept accusing her of having affairs and once tried to burn a painting that had been painted by one of her exes. 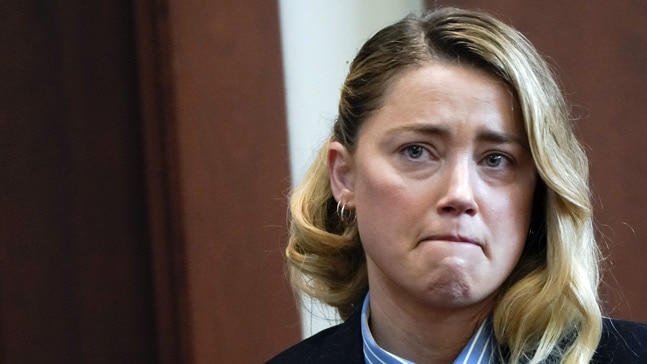 10. Heard claims that once on a flight to Russia, Depp became violent and convinced a flight attendant to do drugs with the couple. She also claimed that Depp attacked her because he thought that Amber had told his children, mainly his daughter Lily-Ross Depp about his addictions.
#Johnny spanish knife, #Winona ryder tattoo, #Lily rose depp, #Johnny amber lawsuit
The views and opinions expressed in this article are those of the authors and do not necessarily reflect the official policy or position of DailyO.in or the India Today Group. The writers are solely responsible for any claims arising out of the contents of this article.