Baahubali to Sita, India is re-imagining its past and culture in a bold way

She drew her knife from the scabbard tied horizontally to the small of her back. She closed her eyes. She couldn’t afford to look around the tree and expose herself. She would probably be shot instantly. Her eyes were useless. She had to rely on her ears. There were great archers who could shoot arrows by relying on sound. But very few could throw knives at the source of a sound. Sita was one of those very few.

This is not the demure, suffering Sita we know. Amish’s new book re-imagines the heroine of our mythology as an abandoned wildling protected by a vulture, adopted by the ruler of Mithila, and then going on to become the lethal warrior, defender and prime minister of the once-ignored kingdom. 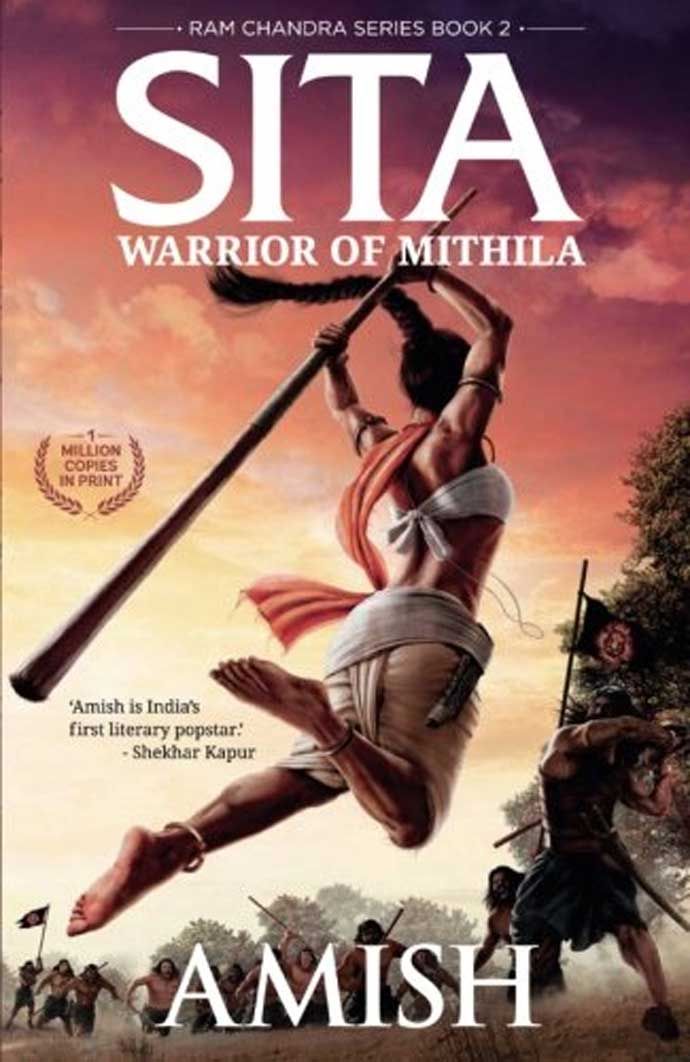 Amish’s new book re-imagines the heroine of our mythology.

In the spectacular and expansive Baahubali 2, the ancient India comes out of its colonial cliché of delicate lovemaking and clever Brahmins and assumes a robustly Kshatriya, warrior avatar with muscular armies and loads of scientific innovation.

India is re-imagining its ancient past, unshackled from colonial denial or communist cynicism. It is re-inventing its own superheroes and superheroines thousands of miles away from the pantheons of Marvel or DC Comics. The women are strong and martial, the men are no sissies either.

Superheroes are born out of a certain cultural confidence. The stories are of hope and glory, reflective of a nation proud of its past and extremely optimistic of its future. They are also reflective of the new, assertive nationalism which has been the biggest subject of our conversations and debates both online and offline. Political stability, a shining GDP and some bold reforms add to the spunk.

Scores of books and movies are rolling out of the printing presses and the studios, and some of them are instant megahits. The rush for myth-mining is unprecedented. After Baahubali 2, there is talk that SS Rajamouli is planning to make Mahabharata. One can imagine the scale. Actor Mohanlal has already planned his version of the epic, which would cost Rs 1,000 crore.

Directors Vineet Sinha, Sean Graham and creative director Ronnie Allman are reportedly making Ramayana in English with a $50 million (around Rs 325 crore) budget and special effects which would rival Lord of the Rings or Planet of the Apes. A slew of books delving into Indian mythology and ancient culture has already been released or are on their way. Vamsee Juluri’s Saraswati’s Intelligence (first part of the Kishkindha Chronicles), The Flaming Tresses of Draupadi by former minister M Veerappa Moily, Komal Bhanver’s The Mauryan: The Legend of Ashoka, Madhavi Madhavan’s The Kaunteyas, Kavita Kane’s Lanka’s Princess are among the many that are already on the bookshelves alongside the Chitra Banerjee Divakarunis, Devdutt Pattanaiks and Ashok Bankers.

Penguin is coming up with Vyasa by Sankha Banerjee and Sibaji Bandyopadhyay. Rupa has lined up Ravana-Leela by Radha Viswanath, Women Warriors in Indian History by Yugal Joshi and the Indus Challenge by R Durgadoss. The motif of powerful women comes up in Aleph’s forthcoming Heroines: Powerful Indian Women of Myth and History.

All this could just be a speck in what is coming. A goldmine of mythologies and stories from our past — from Rajataringini of Kashmir to the Tamil epic Cilappatikaram depicting the life of Kannagi — are waiting to be dusted, refashioned and adopted in today’s popular culture.

A globally asserting nation is ensuring that it never runs out of its own superheroines and superheroes.