Baahubali is a great film, reviewers should stop making a fool of themselves

Indians are no fun. The idiotic trolls abusing the critics who didn’t like Baahubali 2 proves that yet again - just ignore the critics and watch the movie again, but no, they prefer to be angry and upset over the opinion of people they don’t know and don’t agree with.

However, the fact that Indians just cannot enjoy anything is also evident in the reviews (barring a few sensible ones). Who sits and dissects a fantastical saga like Baahubali 2 for facts and reason? It’s not real, you know. It’s not set in this time and it’s an epic.

Questioning Baahubali on political correctness is like questioning why Harry Potter is a white male. Just stop it, guys, and learn to have some fun.

Baahubali is a grand show - an epic fantasy depicting the age old fight of good vs evil, greed vs dharma - everyone knows what will happen in the end but it’s not about the end. It’s about how you tell the story and SS Rajamouli wins hands down.

With all its might, Bollywood is still making movies like Badrinath Ki Dulhania while the world waited breathlessly for two years to watch this Telugu film. This is a movie that can fit in with the international scene - finally we have something that can compete with the epics of the West.

It’s the critics who didn’t like the "acting" who really mystify me. This is not about the acting; it’s about the drama. We don’t go to watch movies like Baahubali to see the actors, we go to lose ourselves in the fantastical world where elephants automatically bow in the presence of a great and able king and people walk through - and on - fire.

This is what we wanted, this is what we got, and the ever-increasing box office figures show that we are loving it. Move aside critics, no one cares about the acting. In any case how do you expect anyone wearing the Taj Mahal as an outfit to emote? I don’t care if they emote or not, if they fly and break people’s necks every second, I am happy. If I want acting, I’ll watch another movie.

Baahubali 2 is in fact better than Baahubali 1 - its special effects are better, the story moves faster, the painful romance sequences are short, the female characters are stronger and, as a bonus, it has a conclusion.

People are not happy with the answer to “Katappa ne Baahubali ko kyon mara?” - but anyone with a brain half the size of their fist would have guessed that this can be the only reason. What did you expect - a sudden mystery involving characters not shown in the movie?

It would be nice to get all the people complaining about the "anti-climactic" answer to write in a better, more exciting, reason for Katappa to kill Baahubali that would fit in with the script. 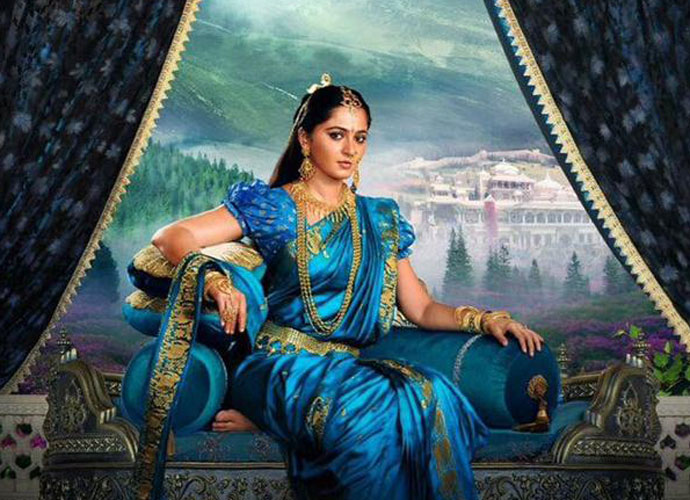 To criticise Baahubali on the grounds of being sexist is just nonsense.

To criticise Baahubali on the grounds of being sexist is just nonsense. The whole movie revolves around two women - apart from the formidable queen mother, the second one has Devsena who fights like a champ, whose brother recognises her right to make her own decisions on everything from what she wants to do with her free time to whom she wants to marry, who cuts the hands of a potential molester, defies a queen in her court, for whom a king leaves his kingdom and mother… how is this sexism?

A film like this asks us to put belief on hold - you cannot then come out and review it like you would review a Pink on feminism. It’s astounding that I have to spell it out but there is such a thing as context of a movie - set in an indefinite era, say, before the Mughals came in, you cannot expect a movie set in 1000 AD to depict women and people’s empowerment as it would be in 2017. That would be odd.

Imagine Baahubali talking about updating his Instagram. If that’s odd then why is him talking about Kshatriyas in kingly fashion also odd? This was the way back then, and this is a story about BACK THEN.

Just about the worst criticism I can imagine is the lack of Muslim characters in the film. Er, in a film about a Hindu kingdom, why should there be Muslim main characters? In fact, I was surprised to note that Rajamouli took care to show Muslims as part of the kingdom’s population in the first couple of clips, but critics want Muslim rulers when there were none.

Then why not a Sardar brother-in-law and a Christian uncle? What have Jews done, why should they be left out? Just mix this whole thing up and make a totally different movie, shall we? I am a vocal Hindutva critic but to see an RSS agenda (seriously?!) in this movie would be even more fantastic than the film itself.

Just stop imagining insults to your feeble ego and enjoy the visual awesomeness - no, that is not possible for us joyless people I suppose.

Baahubali is a fantastic achievement - I bow to Rajamouli for daring to create this semi-mythological saga, a mix of Ramayana, Mahabharata and a Bollywood masala flick, without messing it up.

It holds the audience in thrall with cinematography, visual stunts, sharp fight sequences, unexpected humour, good background score and truly paisa-vasool masala taken to the next level. Bollywood, please learn. Critics, loosen up. Let us have our fun.