What's so great about Baahubali?

The etymological meaning of Baahubali is "the one with strong arms" - and what an appropriate title it is for a film which in many ways has salvaged the pride of Indian cinema, which is under constant pressure to prove itself to be of some value in front of the persistent cynicism espoused by film critics and experts in the field.

The two-part film franchise has not only broken all records and captured the imagination of millions around the globe, it is also on its way to becoming the most sought-after Indian film of all times.

When Baahubali: The Beginning released on July 10, 2015, it took the country by storm. It heralded the beginning of a new era. It gave the audiences a reason to cheer the heroism of the brave protagonist; it also made them fathom the might of a vengeful antagonist, and it made a strong case for feminism by portraying all leading ladies as strong-willed women who were out to create their own space in a largely male-dominated empire-centric narrative.

But most importantly, Baahubali, both versions, can easily be called the first pan-Indian film franchise, which has something for everyone. To those interested in religion, it offers an emphatic assertion of Hindu dharma.

To those interested in history, it offers a historical narrative and a point of reference to India’s ancient past. For the feminist chest-thumpers, it offers Devasena, Shivagami and Avanthika - the women who no one can mess with.

To begin with, the title of the film - Baahubali - is that of one of the most revered figures in Jainism. He was the son of Adinath, the first Jain Tirthankara. Baahubali secured a high place in Jain canonical literature.

An important site of Jain pilgrimage, Sravanabelagola, in the Hassan district of Karnataka, is dedicated to Lord Baahubali. Every 12 years, millions of Jains from across the country congregate at the site for the Mahamastaabhisheka or the anointing ceremony.

Baahubali also represents a mellifluous amalgam of social, cultural and political themes, much of which has been inspired by our sacred texts and epic literature. The central theme of the film, which symbolises the "victory of good over evil" is the message given by all popular mythological lexicons, be it the image of the fiery Mahishasuramardini who painstakingly destroyed the mahishasura and ended the rule of the demons, or the warrior king Rama who upheld the virtues of dharma by annihilating Ravana. 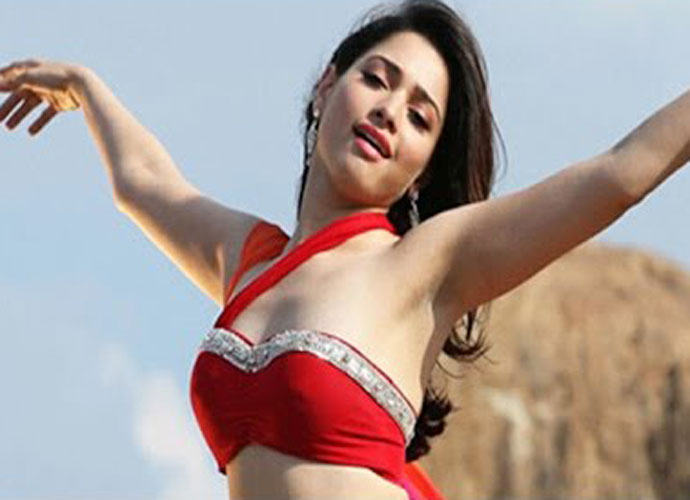 The film breaks the barriers of gender by depicting women as powerful stakeholders in the narrative.

By selecting a theme which appeals to audiences, a story which is told to every Indian child by his grandmother that "good always prevails", director SS Rajamouli has made a "blockbuster" attempt at striking the right chords, with the battle between dharma and adharma being the wheels of the chariot on which the film rides.

Also, the kingdom of Maahismati is not completely fictional. Though it has been depicted as a larger than life entity in the film, there is historical evidence to prove that a city named Maahismati existed in ancient times, and was part of the kingdom of Avanti, one of the 16 Mahajanapadas of the Iron Age in Bharat.

The film also breaks the barriers of gender by depicting women as powerful stakeholders in the narrative, be it Avanthika who shows undeterred determination and courage in the face of adversity, or Devasena, the powerful female protagonist in Baahubali: The Conclusion whose self-righteousness and forthright demeanour sets the stage for the battle between dharma and adharma.

A thunderous presence is rendered by Rajmata Shivagami Devi whose word is the last in the kingdom of Maahismati. These characters do not reek of hollow feminism. These women are feminine yet strong, graceful yet powerful, womanly yet fierce.

Akin to Draupadi’s character in the Mahabharata, who is strong-willed and self-respecting, Devasena will leave no stone unturned to guard herself against humiliation. She is also an ace archer who takes pride in being the best at her craft in the kingdom of Kuntala.

Then there is the story of friendship and loyalty - the friendship of Kumara Varma and the loyalty of the trusted slave commander, Katappa. The latter’s uprightness and virtuosity makes him a favourite of the audience, and of course the mystery of why he killed the much-loved Amarendra Baahubali kept the attention of the audience alive for two long years.

From moral science lessons to historical correctness, from political machinations to social mores, from a story of revenge to a story of sacrifice, Bahubali offers a plethora of experiences to the audience.

It is not just another big banner film, it is not yet another period drama with ten songs and a few battle scenes. It is a film which will change the course of Indian cinema, a film which will inspire generations of filmmakers to level up and deliver good cinema to the audience.

Baahubali is a truly pan-Indian enterprise, and no film till date has been so potent as to captivate the audience in theatres across the length and breadth of India and also overseas.