Whose film is it anyway?

Does the film belong to the actor who has more scenes in the film or the co-star whose screen presence pips screen time?

A few months ago, Taapsee Pannu wondered how the trade, as well as a large segment of the audiences, labelled Badla (2019) as an ‘Amitabh Bachchan film’ even though she had more scenes in the Sujoy Ghosh directed thriller. The remake of a Spanish film, Contratiempo, Badla enjoyed a good opening, Rs 5 crore plus, and eventually went on to cross the 100-crore mark globally. When it comes to films being pitched or considered to be a particular actor’s, there is little difference that screen time can make, and in fact, it wouldn’t be wrong to say that in this aspect, screen presence pips screen time.

Watching Badla or later Saand Ki Aankh, one can get a sense of why the casting was done in a particular way. The former changed the young male antagonist into a woman, while the latter, a film that chronicled the lives of two women shooters who were in their 60s when they attained fame, opted for younger actors to play real-life octogenarians. Is it got to do more with the average audience demography than anything else? 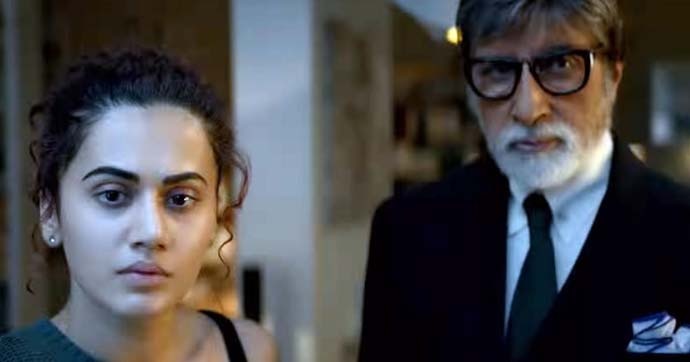 On the one hand, this problem brings forth the sheer lack of talent to make characters that are beyond a specific age group palatable enough for a project to get the nod. Imagine any film that requires a 50- 60-year-old male character, and you can’t look beyond Amitabh Bachchan or Anil Kapoor. But on the other hand, it’s interesting to see how a film or a television series that doesn’t have a central character who is in their 20s or 30s is not considered capable enough of attracting an audience.

Some of the all-time great film performances such as Marlon Brando in The Godfather (1972), and Anthony Hopkins in The Silence of Lambs (1991) had lesser screen time than their co-stars, but the films ended up being recognised as ‘theirs’. A look at this year’s Academy Awards nominations in the acting category further reveals how a movie becomes a particular actor’s, and, as a result, changes the way it is viewed. Lucky in casting In Quentin Tarantino’s Once Upon a Time in Hollywood, both Leonardo DiCaprio and Brad Pitt are ‘leads’, so what explains the former getting a Best Actor nomination nod, while the latter is ensconced in the Best Support Actor category? Moreover, it’s widely accepted that Pitt, more than DiCaprio, is the glue that holds the film together but it’s about how a character is pitched. In The Silence of the Lambs, Anthony Hopkins was on screen for less than 16 minutes but walked away with all leading acting honours of the year.

One of the reasons why Badla could be seen an Amitabh Bachchan film might have to do with the casting — in the original, the character Bachchan plays was a woman — and this pivots the screenplay around the character. More than Badla being packaged as an Amitabh Bachchan film, the inability on the part of the filmmakers and popular Hindi cinema to consider retaining the original story is more telling and an issue worth pondering over. Badla featured one of Bachchan’s constant costars from the 1980s, Amrita Singh, in a significant role as well, but how difficult would it have been to retain the gender of the ‘Bachchan’ character the same as the Spanish original? Looking at how the film panned out, it’s not too difficult to think of a Varun Dhawan or someone cut from the same fabric playing Pannu’s character but the heavily male-dominated industry would find it near impossible to imagine of any actress (read Bachchan’s contemporary) to play the other role. Sure, you can pitch the same project with a Madhuri Dixit or a Juhi Chawla as the defence attorney but try thinking of anyone beyond that generation, and suddenly, the film would get stuck in development hell.

For the past few years, the answer to the question — whose film or television show is it anyway? — was simple: the viewer. The so-called ‘golden age’ of television, and by extension movies as well, where stereotypes were broken, is now on its way out. We seem to have hit what a senior television executive called “peak TV”, a surplus of television that is overwhelming for audiences. It appears that the entertainment world has bought into its lies, and unless it begins to get truly real instead of continuing with what it considers real, it’s no one’s film.

Also read: 2020: Why it's time for new storytelling

Post your comment
#Saandkiaankh, #Amitabhbachchan, #Tapseepannu, #Badla
The views and opinions expressed in this article are those of the authors and do not necessarily reflect the official policy or position of DailyO.in or the India Today Group. The writers are solely responsible for any claims arising out of the contents of this article.