That Dylan is anyway long gone.

In the summer of 2010, I was in Vermont to attend a short creative writing and literature programme at the Bread Loaf School of English, founded by the late American poet Robert Frost.

One noon, while waiting for lunch in a line, I found myself next to the Pulitzer Prize winning poet and former editor of the New Yorker, Paul Muldoon. I had a brief window where I could ask him something, anything, so I asked, who in his opinion was a better poet - Bob Dylan or Leonard Cohen?

After almost a virulent pause, Muldoon turned to me, and said in his thick Irish accent, "Leonard Cohen... no doubt about it."

He then walked away.

That very time of the year, not very far from where we were, Bob Dylan was performing live. A couple of people were planning to attend his show over the weekend.

I reminded myself that the last thing I wanted to do was watch Dylan on stage.

I was obsessed with Bob Dylan. I have been for a long time. Back home at the time I was in love with a girl who was a bigger fan. Before leaving for America, she had given me Dylan's collection of experimental writing, Tarantula, to remember her by.

Those days I remember I was listening to one of Dylan's lesser known, but deeply profound songs, "To Ramona", an existential ballad, almost on a loop. It was a song that my best friend Arjan - who died of leukaemia a few years later - his younger brother and I felt close to.

It was one of those songs, we felt, where Dylan almost spoke out to us. We would sit and listen to it and draw countless meanings from it. And every time I heard it then on, whether pining in love or mourning the death of my friend, it was powerfully evocative and mesmeric.

"The flowers of the city/Though breath-like, get deathlike at times/And there's no use in tryin'/To deal with the dyin'/Though I cannot explain that in lines."

In his autobiography, Chronicles: Volume One (2004) - there hasn't been a sequel so far - Dylan wrote about his early days when he wound up in Greenwich Village, New York City, where he was picked up by Columbia Records. At one point, he even writes, that in his songs, whenever he is singing to a "you", it was somehow always addressed to himself.

What drew me to his songs were not that they were political or laced with myriad allusions to the counterculture of 1960s America. That they were also about nothing as well. They were about futility, loss, heartbreak, war, sadness, humanity, a sense of abandonment, and burning dreams.

His songs were almost "sigh-like", which the Beat poet Allen Ginsberg and Dylan's friend, spoke about in interviews. It came from a place so deep within. And anybody really listening to him could feel it - how else could generations after relate to it so easily? 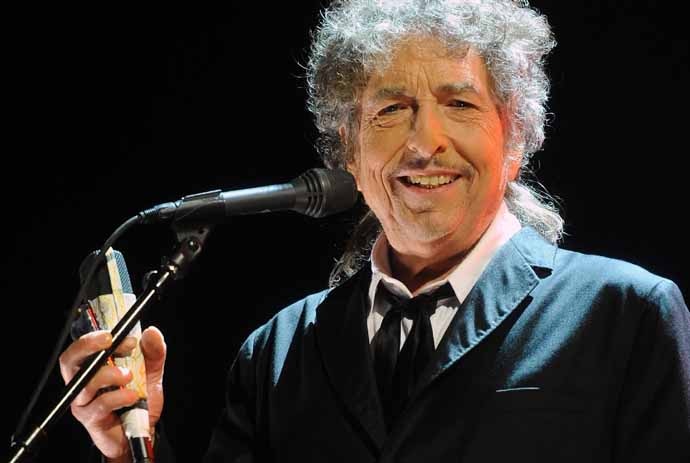 Bob Dylan, the man who wasn't there. [Photo: Agencies]

Dylan's scratchy, gravel-like, almost listen-at-your-own-peril voice was one mixed with the very hurt of existence, as evocative as "The horror! The horror!" Captain Kurtz says before he dies in The Heart of Darkness.

It was a voice that pushed you to the literature of words.

Though the book no doubt went on to become a bestseller, critics pored over it and gleaned factual inconsistencies and embellishments.

The book in large part also dealt with what led to his disappearance after a motorcycle accident, where he almost lost his life. It was 50 years from today, on July 29, 1966. He had released one of his finest albums, Blonde on Blonde, a year after Bringing It All Back Home and Highway 61 Revisited had already catapulted him into fame.

He was the "jester", in my opinion, who Don McLean was referring to in his song "American Pie",  who "sang for the king and queen/In a coat he borrowed from James Dean/ And a voice that came from you and me".

Dylan was self-admittedly burnt out. He was being hailed as the "spokesman of a generation", which he knew was not only true, but wanted no part with it. He had already unsettled folk artists by picking up the electric guitar and refused to be labelled as one. In a concert in 1965, a fan even famously got up to heckle him and shouted "Judas" in the midst of a show.

He was on the endless road touring on a diet of mostly benzedrine pills, cigarettes and drink. (It is rumoured that he introduced marijuana to The Beatles.)

It was under this depraved and hallowed spell that he produced some of his finest songs. But it came crashing down for him.

“I had been in a motorcycle accident and I’d been hurt, but I recovered. Truth was that I wanted to get out of the rat race. Having children changed my life and segregated me from just about everybody and everything that was going on. Outside of my family, nothing held any real interest for me and I was seeing everything through different glasses,” he admits in his book.

He returned, a shadow of himself.

Today there are two kinds of people you meet. Those who are fans of Bob Dylan's and those who are not. And even those who say they are fans, are mostly nostalgic of the Dylan that sang before 1970.

Dylan knew that there was a moment when the words tumbling out of him were easily capturing the times he were in. In his biopic, No Direction Home, by Martin Scorsese, Dylan talks about his life, his songs and influences, but you also get a sense that he wants the world to know that he's a trickster, a charlatan, a cipher, a prince of darkness, whose greatest trick lay in not being who you said he was. He came from Minnesota, the Midwest, who left to escape it.

In the film, he says: "I had ambitions to set out and find, like an odyssey or going home somewhere… set out to find… this home that I’d left a while back and couldn’t remember exactly where it was, but I was on my way there. And encountering what I encountered on the way was how I envisioned it all. I didn’t really have any ambition at all. I was born very far from where I’m supposed to be, and so, I’m on my way home, you know?"

After a point, I feel, Dylan outran the masks he could find to slip on. He died several times over, almost aware that his shadowy selves continued to linger and follow, like ghosts refusing to leave at the turn of every alleyway. They could never meet and reconcile.

I remember being quite envious of an editor I had worked with who had attended a live Bob Dylan show.

I have often wondered why Bob Dylan sounds so terrible in his live performances. Why his versions of "Like a Rolling Stone", "Mr Tambourine Man", "The Times They Are a-Changin" sound droll, laboured and spent, almost abusing his own legacy. Why, despite pairing himself along with the finest musicians on stage, he sounds a refracted version of himself?

The Nobel Prize for Literature is not a serious prize itself. In a piece for Mail Today in 2014, Sandipan Deb wrote about its dubious credibility in an editorial:

"The first four Nobels, beginning 1901, went to Sully Prudhomme, Christian Matthias Theodor Mommsen, Bjørnstjerne Martinus Bjornson, and Jose Echegaray y Eizaguirre. I am sure Wikipedia will have entries on them. And this when, (to name but four writers) Leo Tolstoy, Anton Chekhov, Henrik Ibsen and Mark Twain were around. As long as John Updike was alive, Americans were disappointed every year with the Prize announcement (and in my opinion, rightly so). Now, the burden of US disappointment (turning slowly into suspicion and conspiracy theories) has fallen on Philip Roth. Rudyard Kipling has won the Nobel, but James Joyce didn't. Winston Churchill won, but George Orwell, Jorge Luis Borges and Vladimir Nabokov did not. It remains a mystery to me as to why Milan Kundera hasn't got a Nobel yet, while Haruki Murakami, most of whose novels are, well, indecipherable (if anyone can explain to me what his magnum opus 1Q84 was about, I shall go buy a hat and eat it), is rumoured to be always on the list and missing it by a whisker every year. As for me, I have always believed that Pink Floyd and Jethro Tull deserve the Prize for their lyrics. But I suppose, if they ever get around to music, the Academy will give it to Bob Dylan, because no one can understand what exactly he's saying."

That Bob Dylan has won it for “having created new poetic expressions within the great American song tradition” is a cop out. That he is the first American to win the award after Toni Morrison, in 1993, is cruelly ironic. That he deserves it for "the status of an icon" is unapologetically weak. Doesn't the Swedish Academy know that by bestowing him the award for the very thing he never wanted to be is the greatest disservice they could pay to him?

Bob Dylan doesn't need Nobel Prize for Literature. It was anyway never intended for him, at least the one we knew of. It ain't him, babe.

As news got around that Bob Dylan had won the Nobel Prize for Literature, a friend sent a message, saying, "Well, how many Nobel laureates can boast of having appeared in a lingerie commercial?"

It's all over now, baby blue.

Also read: Why these visions of Bob Dylan keep fans up past the dawn

#Poetry, #Nobel Prize in Literature, #Bob Dylan
The views and opinions expressed in this article are those of the authors and do not necessarily reflect the official policy or position of DailyO.in or the India Today Group. The writers are solely responsible for any claims arising out of the contents of this article.