Indian voters are extremely diverse, be it in terms of ethnicity, caste, class, religion or linguistic identity. And it is fair to say that one of the things that brings this heterogeneous population together is cinema. Since 2014, Bollywood movies and actors have gone unnoticed trying to make an impact in national politics. Bollywood has been influencing social constructions of Indian identity, and affecting political change as well since decades. But the industry is now being shaped by political pressures, decisions, and negotiations. The political priorities within Bollywood have changed since the "second coming of NDA" and the new political environment has impacted film production and opportunities for celebrity activism. Amitabh Bachchan had played a key role in positioning the spotlight on Narendra Modi, before he could possibly be India's Prime Minister. Narendra Modi was no doubt popular in Gujarat, but it was Bachchan's endorsement of Gujarat tourism that helped in enhancing the prime ministerial candidate's image across the country.

This coupled with the release of Bhoothnath Returns (which was based on politics) amid Lok Sabha elections might also have turned in favour of BJP. After Narendra Modi's coming to power, Bachchan was also appointed as an ambassador for the Swachh Bharat campaign. In 2016, despite having his name in Panama Papers, Bachchan shared the dais with the prime minister on the celebration of the completion of two years of the BJP government.

In 2015, Shah Rukh Khan had said, "Yes there is intolerance, there is growing intolerance. People put words in the air even before thinking. Not being secular in this country is the worst kind of crime you can do as a patriot." Current Uttar Pradesh CM Yogi Adityanath had then compared the actor to Pakistani terrorist Hafiz Saeed for voicing his concerns about intolerance and reminding India's youths to live by secular principles. Speaking to television channels, Yogi reminded Shah Rukh that he's a Muslim and warned him that he'd be wandering on the streets like any "ordinary Muslim" if the majority boycotted his films.

BJP national general secretary, Kailash Vijaywargiya, said that the actor lives in India, but his heart is in Pakistan. His films make crores here but he finds India intolerant. Khan had almost proved his point but he had to retract his statement prior to the release of Dilwale.

The next year, Aamir Khan had to face the wrath of ultra-right Hindu fringe groups for his comments on growing intolerance that were seen as critical of the Narendra Modi government. The BJP ran an online campaign against Khan for his comments on growing intolerance in the country, according to a former volunteer with the BJP's IT cell. He was also dropped as brand ambassador by Snapdeal due to the same reason. However, things turned favourable for Aamir Khan after he joined BJP-led Maharashtra government's water conservation cause. He also attended a private dinner hosted by Modi in February 2016 in Delhi. 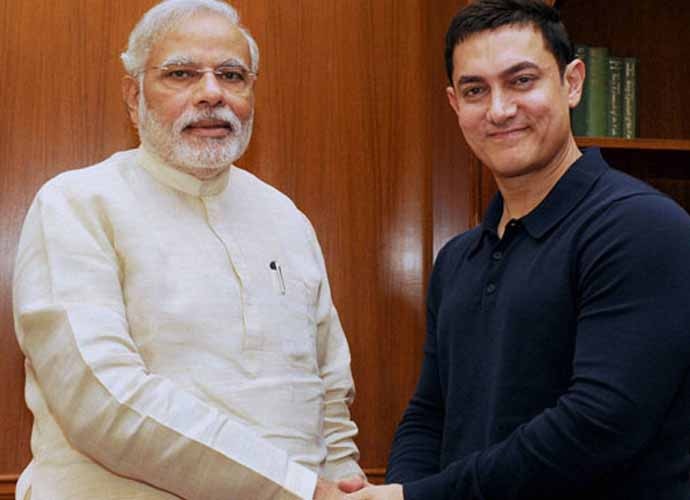 The new poster boy of nationalism, actor Akshay Kumar through his recent choice of films — Holiday, Gabbar Is Back, Baby, Airlift, Rustom, Toilet, or Padman — has spoken volumes about his political inclination. The discussions around his political perspectives and newfound love for the ruling party reached its peak when he won the National Award as Best Actor for Rustom. Toilet: Ek Prem Katha, a film which promotes the Union government's flagship campaign, Swachh Bharat, was pro-establishment. The message of the movie impressed Narendra Modi enough to tweet to the actor.

Good effort to further the message of cleanliness. 125 crore Indians have to continue working together to create a Swachh Bharat. https://t.co/C0XKPpguW7

The government had even decided to grant an entertainment tax exemption to the movie in all BJP-ruled states. Akshay was in Delhi University to promote the release of Padman but the seemingly non-political and social cause driven event got a political tinge when Akshay went on to wave a saffron flag at the event. In the wake of a highly organised propaganda machine, Baahubali writer Vijayendra Prasad is planning a film on Rashtriya Swayamsevak Sangh (RSS), chronicling the life of its chiefs including Dr KB Hedgewar and MS Golwalkar and the makers are reportedly in talks Akshay for it. However, things turned ugly for the BJP in Tamil Nadu. Last Diwali, the release of Mersal, starring Tamil superstar Vijay left no stones unturned in its criticism of demonetisation and the Goods and Services Tax (GST).

The BJP saw the move as potentially threatening to all the work they had done to gain foothold in the state. Considering that both Vijay and Kamal Haasan have considerable influence on thousands of Tamilians, open criticism against the Centre could have resonated with the voters. The Telugu fans of actor Vijay were in for disappointment, after Adhirindhi, the Telugu version of Mersal, reached theatres with the contentious scenes on demonetisation and GST muted.

Advancing BJP's anti-Congress agenda, filmmaker Madhur Bhandarkar made Indu Sarkar in 2017, a movie depicting the terrible times of Emergency. In July, the Congress asked for a screening of the film before its release but Bhandarkar refused. During the Ae Dil Hai Mushkil controversy, he also said, "It has become a trend to protest against Modi ji". He further went on to meet prime minister personally to discuss "general things" in October the same year. One can only wonder what general things a filmmaker has to discuss with the prime minister even at a time when none of his films are scheduled for a release.

A BJP member's film Modi Ka Gaon about Narendra Modi was supposed release on December 8, 2017, while the election process in Gujarat was underway. However, its release was shifted to the month-end keeping in mind the political situation in the state. The move highlighted the prime minister's cherished projects, including Digital India, Swachh Bharat Abhiyan and demonetisation. The surgical strikes also find mention in the movie. Nevertheless, it was sold as a work of fiction. 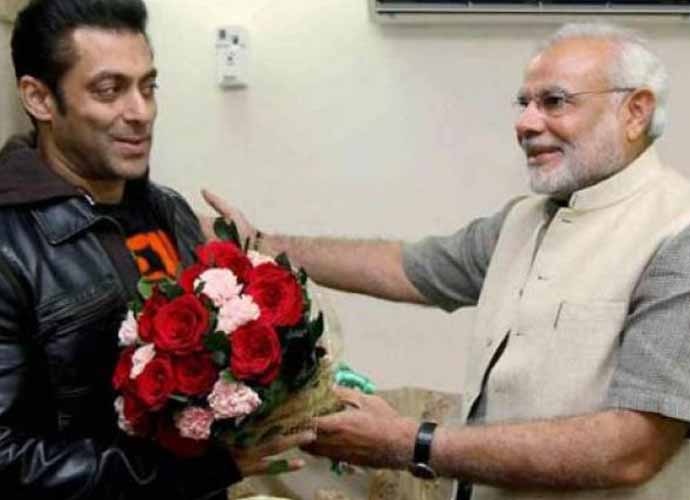 A Hindi feature film called Lal Sarkar projecting the alleged wrongdoings of the Left Front government in the Northeast states was released just before the elections in Left-ruled Tripura. The CPM, however, insisted that the BJP was behind the film and questioned the timing of its release.

The movie was screened in every constituency on big screens to reach a wide audience. Sunil Deodhar, the BJP in-charge of Tripura said if the film shows the truth about the Tripura government, "I welcome it". It is interesting to note that one of the songs in the film has been sung by BJP MP Babul Supriyo, who was recently in limelight for instigating violence in West Bengal.

The Accidental Prime Minister: The Making and Unmaking of Manmohan Singh, written by Sanjay Baru, media adviser to ex-prime minister Dr Manmohan Singh, which created a political unrest in 2014 is now being produced as a film. The role of Manmohan Singh will be played by Anupam Kher, who is a staunch supporter of Narendra Modi.

The movie is scheduled to hit the theatres just months ahead of the 2019 elections in December 2018. The defeat of Congress in 2014 Lok Sabha polls was partly attributed to Baru's book. Now, the influence of this movie on the general elections will be something to look forward to.

Cinema and actors have a wide reach in India. Making cinema a political tool ensures a deeper reach among the masses.