10 breakthrough performances from Indian cinema in 2017

Of the many noteworthy performances, three came from Rajkummar Rao. Such was the actor’s dominance in 2017 that you had to acknowledge it all.

But there were others too. Vidya Balan came back with a bang. Irrfan Khan charmed and also scored a surprise hit.

Pankaj Tripathi finally got the attention he deserves. Adil Hussain lived out one of our worst nightmares – bidding farewell to a parent – with gravity.

Swara Bhaskar and Kalki Koechlin were in topnotch form as independent women trying to survive in a patriarchal world. 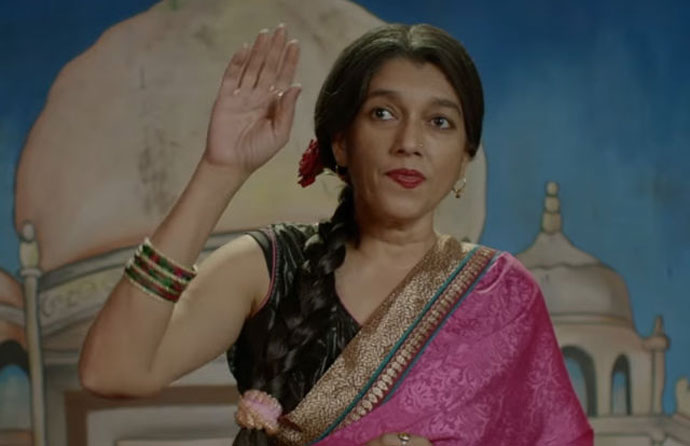 It’ll be hard to top, let alone match, the year Rajkummar Rao had, not just for his contemporaries but for the actor himself.

The National Award-winning actor delivered fine performances in three films, and demonstrated that it’s quality and not quantity that matters as he outshined the leads in the romantic comedy Bareilly Ki Barfi! with a hilarious supporting act that left you rooting for his character in the end. 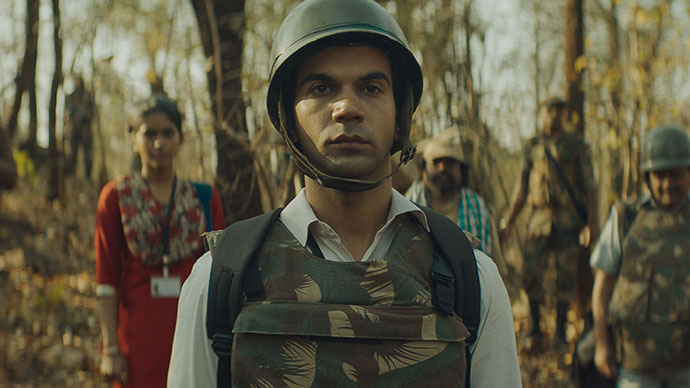 Hard to match this.

Chances are high that Rao will win his second National Award for best actor early next year. The question is, will it be for Newton or Trapped, the latter of which works predominantly because of his committed and compelling act. So high is the bar Rao has set that commercial award ceremonies will be foolish to ignore his achievements.

What a relief it was to see Vidya Balan remind us of her glory days when she wowed audiences with a series of performances, beginning from Paa and No One Killed Jessica to Kahaani and The Dirty Picture. Filmmaker Suresh Triveni gave Balan the role of a lifetime in Sulu, a happy-go-lucky, enterprising housewife and mother who finds a spring in her step when she lands a gig as a late night radio show host.

Balan, most comfortable in her skin and self-assured in her craft, takes to her character’s zest for life with sincerity and embraces her warmth and positivity wholeheartedly.

Irrfan Khan was the best thing about Saket Chaudhary’s social comedy with a relevant message, albeit one which turns preachy in the climax. Khan essays a Hindi-speaking garment businessman as well as a hapless husband-father who tries to fulfil his wife’s many aspirations, the predominant being getting their young daughter admitted in an English-medium school.

The scene where he spiritedly dances with his child to Sukhbir’s “Ishq Tera Tadpave” at a house party with a cold, snooty audience in attendance remains one of the most memorable cinematic moments of 2017. It’s classic Irrfan – a sardonic sense of humour and a devil-may-care demeanour.

Swara Bhaskar in Anarkali of Aarah

So compelling is Swara Bhaskar in this tale of a Bihari singer and dancer specialising in innuendo-laden seductive songs that it’s hard to see anyone filling her shiny shoes. 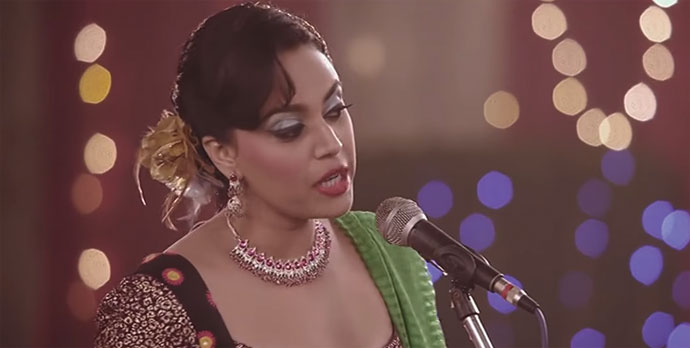 From carrying off flamboyant clothes and sparkling eye shadow with style to performing the seductive moves, Bhaskar is a scene stealer as a feisty character who shakes the town after she dares to stand up for autonomy over her body.

With Bhaskar’s pitch-perfect act, director Avinash Das is able to reiterate his message with a punch – don’t let Anarkali’s profession be seen as a means for her character assassination.

Bhaskar’s co-star in Anarkali of Aarah; Rao’s in Newton and Bareilly Ki Barfi!; one of the three leads in Gurgaon and part of the ensemble comedy Fukrey Returns. Tripathi was a nonstop feature in 2017, but it was in Newton that the actor really stood out. If you walk out of the theatre rooting for Nutan aka Newton’s idealism, a chunk of credit goes to Tripathi’s CPRF officer.

It’s his constant interference of his character that infuriates you and it’s his cynicism that tells you how the system is flawed inside out.

If there’s one very good reason to watch this drama about the trials and tribulations in the life of a young married couple starting a family in Mumbai, it’s Kalki Koechlin.

Ribbon resonates thanks to Koechlin’s ability to fit into multiple shoes: an ambitious, independent working woman, an anxious young mother and a wife who seeks companionship. Understated yet so effective.

Vikrant Massey in A Death in the Gunj

Adopting a soft voice and droopy body language and using his emotive eyes adeptly, Massey plays a young man on the verge of a nervous breakdown.

In what’s an imperfect film, Kangana Ranaut had flashes of brilliance which demonstrated why she is touted as one of the best actresses in show business. Her ability to make a morally ambiguous and quirky character watchable is one of the saving graces of the film in which not many of her actions or decisions make logical sense.

Ranaut, who also gets a co-screenplay and dialogue credit, ensures that you note how she surrenders to the leading lady’s foibles.

If you thought Deepika Padukone’s Piku had a difficult father, wait until you see Rajiv (Hussain) coping with his own in this tragicomedy. 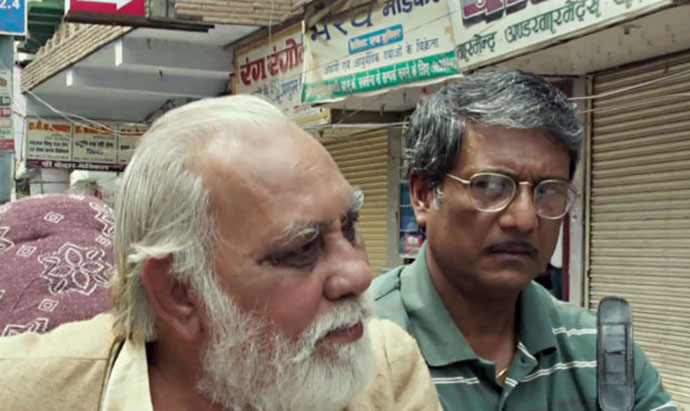 When Rajiv has to accompany his ageing, dependent father (Lalit Behl) to Varanasi to see off the last few days of his life in a Ganga-facing hotel, he is forced to address tough questions about their strained relationship and his own failings as an individual.

Hussain internalises the restlessness, the guilt and the doubts of an adult child in Shubhashish Bhutianí’s tender drama.

The feel-good film of the year works largely because of its ensemble of actors who rarely hit a false note. Starting from TV heartthrob Barun Sobti and Avinash Tewari to Shahana Goswami and Pallavi Batra, Milind Dhaimade couldn’t get a better bunch to play these endearing characters in what’s a lovely tribute to Mumbai.